What’s going on at YPAS this semester? 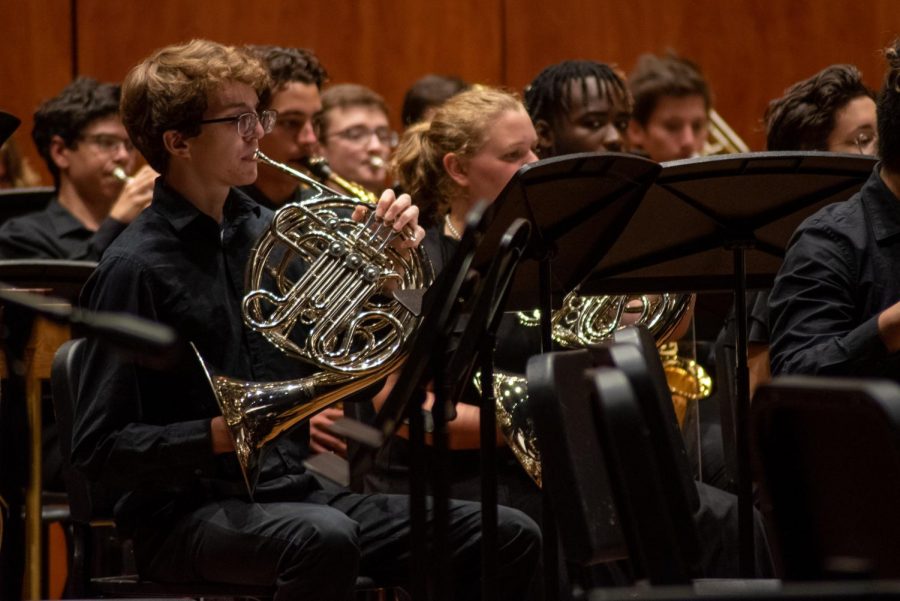 Matthew Schmidt (10, YPAS) plays the French horn with the brass section of the band. Photo by Cesca Campisano

YPAS has some very fun shows and projects going on around this time of the year. YPAS performing arts classes and groups including theater, choir, band, orchestra and musical theater will help to put on the shows. Here are a few shows you can see in these coming months.

New Works: YPAS theater is holding its New Works Performances, where students do all of the production for the show themselves. Students in the theater and play writing class come together to put on multiple small plays for people to see. If you want to attend, there will be performances on March 6, 7, 13 and 14, and tickets start at $8. You can purchase tickets here.

“Shift” Dance Concert: YPAS Dance is holding their “Shift” concert on February 19 and 20. If you love any kind of dance, then you’ll definitely want to attend this show. Tickets start at $10, and you can purchase them here.

YPAS Guitar Concert: The YPAS Guitar will also put on their performance this semester. The performance will take place at the YPAS Mainstage on Feb. 25 at 7, and admission is free.

“Tartuffe”: YPAS theater will be holding its Mainstage production, “Tartuffe,” a satirical comedy about a man who plans on charming a family in order to get their fortune. The performances of “Tartuffe” will be on April 16, 17, 23 and 25. You can purchase tickets, which start at $10, here.

Featured Image Citation: Photo “19-20 Performance Season” was made by YPAS from their website YPAS.org.