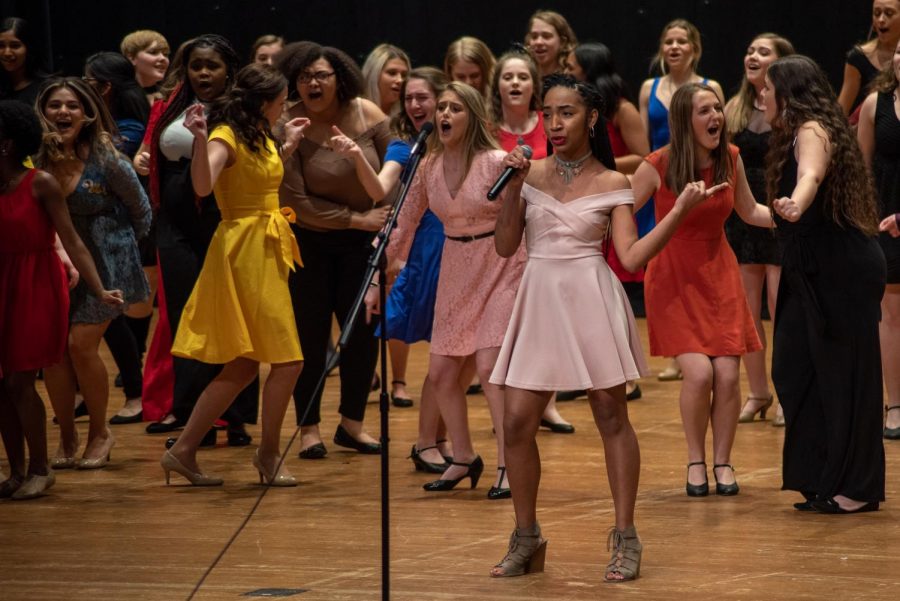 Justis Loftis(11, YPAS) sings "I Will Survive" at the Vocal Variety Show. Photo by Cesca Campisano.

On Jan. 17 and 18, three of the departments at the Youth Performing Arts School (YPAS), worked together to perform the annual Vocal Variety Show.

The show combined the talents of the Vocal, Musical Theatre and Dance departments to create a spectacle of music and dance.

The show featured a variety of music from different musicals, such as “Waitress,” “Fun Home,” “Seesaw,” “Once,” “Shrek the Musical,” “Violet,” “On the Town” and “Thoroughly Modern Millie.”

“We do a lot of music that isn’t in our traditional lineup and I think it gives us all that change in scenery and for most, it renews the love for performance that they were starting to forget,” Meredith Thomas (11, YPAS) said.

The senior vocal majors stood together and sang a mashup of songs together for their final performance as a class.

“It was my last time being on the stage for a Vocal Variety Show. The best part was always getting a chance to show off what I love doing the most,” Brooklyn Rankin (12, YPAS) said.