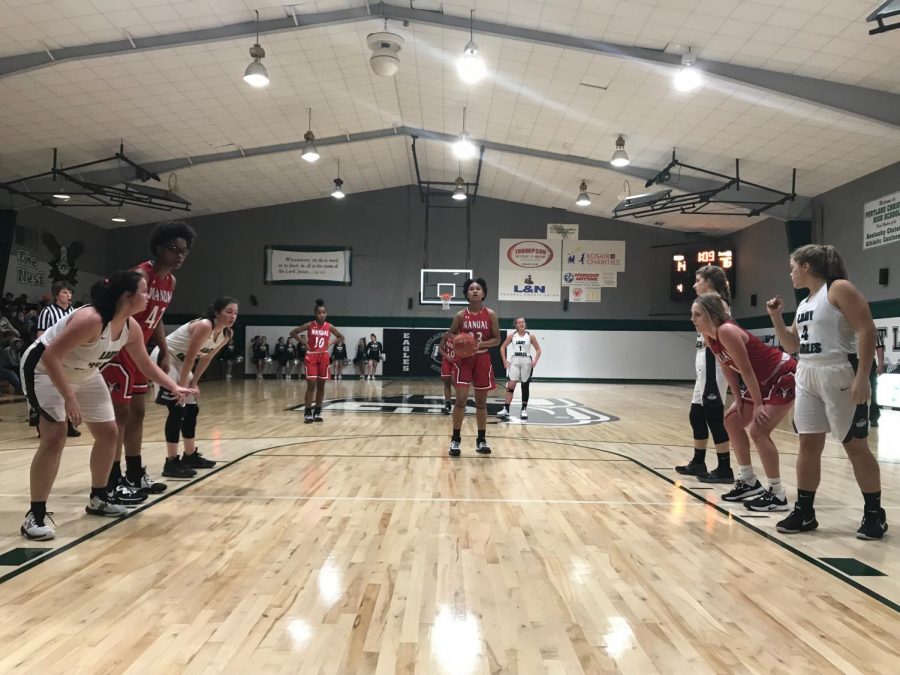 Payton Bush (9, #23) sets up for a free throw before making both shots. Photo courtesy of Karlie Brockman.

Dance
Last week, the dance team swept the Wildcard Classic, coming in first place in both medium varsity hip hop and small varsity jazz. In March, the team will participate in the National Competition.

Manual defeats Assumption 51-34. We’ll be back in action at Waggener Friday. pic.twitter.com/zrTZ7x1ugb

Boys’ and Girls’ Bowling
Last week, the boys’ and girls’ bowling team participated in the Regional tournament. The girls’ team came in first place and will be moving on to the state tournament. This week, both teams will face Male on Thursday at 3:30 at Executive Strike and Spare.

Track and Field
The track and field team will kick off their season this week with the Wildcat Classic. They will travel to the University of Kentucky on Saturday to participate in this meet. The start times are TBA.
Swim and Dive
The swim team will have two meets this week. On Wednesday, they will travel to Central to take on Ballard. The start times for these races are TBA. Then, on Saturday, they will participate in the Brown Invitational at the University of Louisville.