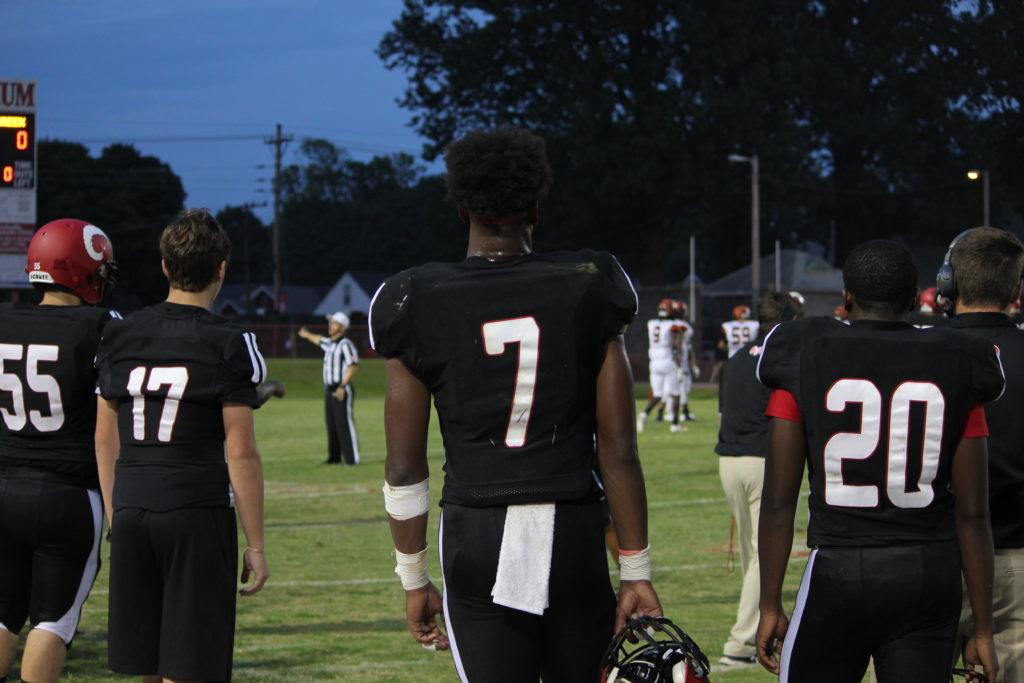 What is early enrollment, and how does it work?
Early enrollment means a student athlete will graduate after only one semester of their senior year, giving them six months with their selected team prior to fall practices to get a feel for the team structure and a head start in impressing their coaches. This process begins with the athlete making the decision as soon as possible.

Athletes are encouraged to make the decision early because in order to graduate early, they still have to meet all the graduation requirements of those of a regular student. This also requires a lot of planning. They must work closely with their counselors to develop a plan as to how they will meet the graduation requirements, which could include summer programs or online classes depending on their current schedule.
What are the advantages and disadvantages of early enrollment?
Manual alumnus Aidan Robbins (c/o 2019) decided to take the opportunity to enroll early to the University of Louisville after committing to the school his junior year.

Robbins decided to enroll early not only to acclimate to college life but to further his athletic career successes.

“The primary reason for me was to participate in spring practice and be able to get a spot on the depth chart,” Robbins said. “I could get in front of the coaches and make them notice me.”

In order to graduate early, Robbins needed to plan ahead. He described his early enrollment as a smooth transition thanks to his school counselor, Mrs. Medley.

“Me and Mrs. Medley developed a really strong relationship,” Robbins said. “She put me in classes my junior year that I was supposed to take my senior year, so that allowed me to do it.”

With support from his friends and family, Robbins was able to make the decision fairly quickly, having motivating academic and athletic factors pushing him towards early enrollment.

Many athletes benefit from these motivators — players get accustomed to college life quicker and deal with the transition from college to high school in the spring rather than in the fall when the bigger games are happening. Even dealing with new-season injuries, players can get the kinks out during spring practice and be ready to play in the fall.

However, the social aspect of high school may be what’s holding players back from jumping ahead of their peers.

The second semester of senior year for many is a time where their class gets closer than ever before parting ways. This includes things like senior trips, project graduation, the annual senior walk, prom and just the act of graduating with the people you’ve gone to school with the past four years. While these may seem small in perspective of one’s future athletic career, these social events bond friends together closely, and the year can often feel unfinished without them. They can also mark the last “kid” things they do before moving away and becoming fully independent.

Robbins took all of this into consideration; Would he have to miss his prom? How would he graduate if he were already in college?

“Making this decision, you know it’s a huge opportunity, but you know you’re not going to be able to do everything that all your friends are doing your senior year,” Robbins said. “Second-semester senior year is the best semester with all the activities and field trips.”

But even with these factors, Robbins doesn’t regret his decision. In fact, because he was attending the University of Louisville, he still was able to go to some things with his senior friends, including prom, the senior walk, graduation and the annual senior lock-in.

“Sometimes I would even come to visit my friends because the school is right across the street,” Robbins said. “By the grace of God, I ended up committing to UofL, so I was able to at least do some things.”

So, with the right circumstances, this transition has the potential to not be as much of a change as some think it is. Despite missing out on his last semester, Robbins was able to live out his last few months in high school while also getting a head start on his athletic and academic future.

“Athletically and academically, I highly recommend it,” Robbins said. “It might be one of the best decisions I’ve made in my life.”