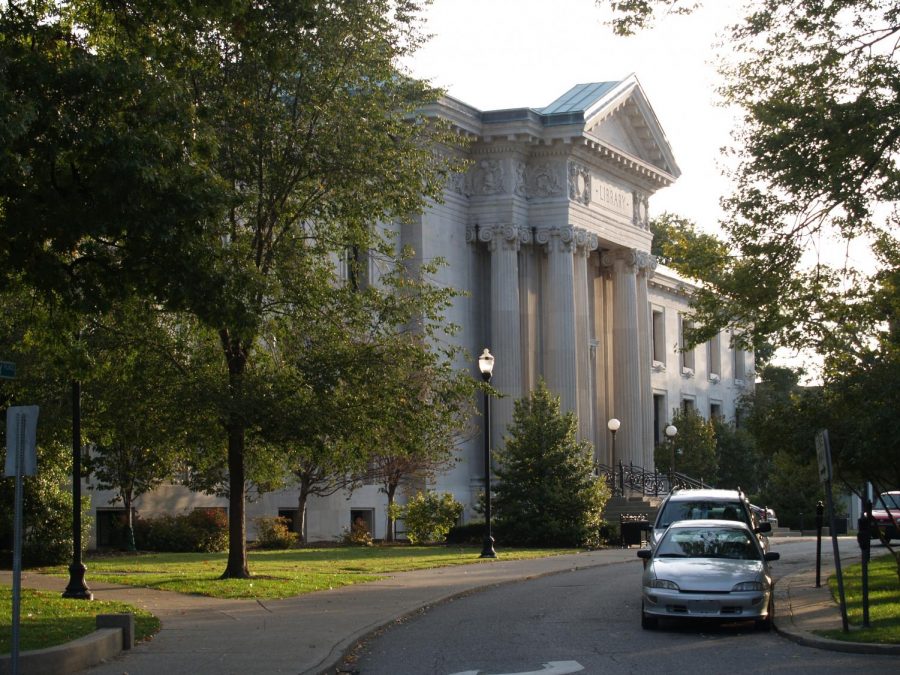 Featured Image "Louisville Free Public Library" by pa138617 on Flickr licensed under CC BY NC-ND 2.0. No changes were made to the image. Use of this photo does not indicate photographer endorsement of this article.

For every Sunday in the month of February,  the Lousiville Free Public Library hosts a free showing of a movie that showcases black history and the efforts of characters to destroy racial stigma and racism. The movies play at 2.p.m  at the main library and are free to the public. There is a panel after each one to discuss the movies. Here is what’s playing this month.
February 2nd: Free State of Jones
Set during the Civil War, “Free State of Jones” tells the story of a Mississippi farmer, Newt Knight, who served as a medic for the Confederate Army despite being against slavery. After losing his nephew in battle, he returns to his hometown but is branded an outlaw deserter. He is forced to leave and seeks refuge with a group of runaway slaves hiding out in the swamps, where he developes a strong relationship leading a radical rebellion. This movie runs for 2 hours and 20 minutes and is rated R.

February 9th: The Best of Enemies
Set in 1971 in Durham, North Carolina, civil rights activist Ann Atwater and local Ku Klux Klan leader C.P. Ellis form an unlikely relationship while they co-chair a community summit on the desegregation of schools in the city. This is based on a true story. The movie runs 2 hrs and 55 minutes and is rated PG-13.

February 16th: BlacKkKlansman
“BlaKkKlansman” tells the story of Ron Stallworth, the first African-American detective to serve in the College Springs Police Department. In an effort to give himself recognition, he embarks on a dangerous undercover mission to expose and infiltrate the Ku Klux Klan. This is based on a true story. This movie runs 2 hours and 16 minutes and is rated R.

February 23rd: When They See Us (first episode)
Five teens in Harlem are wrongfully accused of a brutal attack and sexual harassment that occurs in Central Park. They spend years on trial attempting to clear their name through the racially-charged justice system. This is based on a true story. The first episode runs for 1 hour and 4 minutes and is rated TV-MA.

Featured Image “Louisville Free Public Library” by pa138617 on Flickr licensed under CC BY NC-ND 2.0. No changes were made to the image. Use of this photo does not indicate photographer endorsement of this article.