This week in Manual athletics: Feb. 3-7 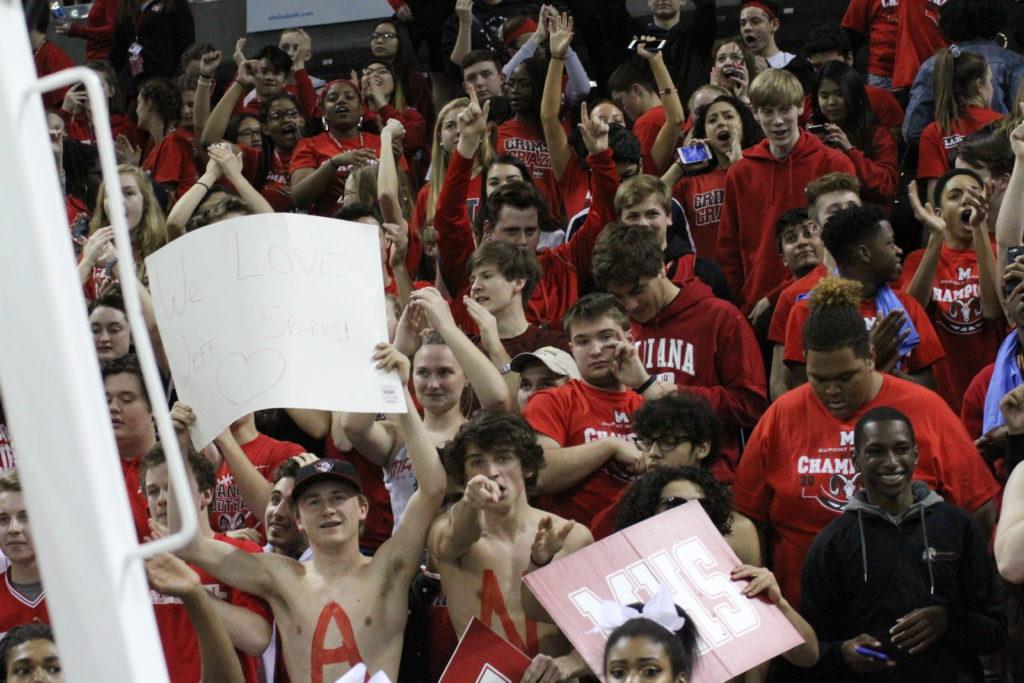 The Crimson Crazies get loud during the girls' basketball game against Scott County at Northern Kentucky University (2018). Photo by Richard Bowling.

Girls’ Basketball
The girls’ basketball team had a big week last week, beating Ballard, Mercy, Christian Academy of Louisville and Mercy in the Louisville Invitational Tournament. They will play in the championship today at 1 p.m. This week they will have one game. On Tuesday, they will host Butler at Manual to play at 6. This will be a Crimson/Ram Card event.

Final game is set for Sunday, Feb 2nd at 1:00 pm at Valley HS. No better way to prep for the Super Bowl…Tailgate with us!@DMHSladycrimso1 @ValkyriesBBall pic.twitter.com/G1DAKA8Vxf

Yes regionals already passed, but we had our big rivalry match against Male yesterday and both teams came away with the win! Congrats to the guys team on a great season and good luck to the girls @ state next Friday! pic.twitter.com/mI5jDdh3QA

REGIONALS IN ONE WEEK. Swim crimsons are ready to go‼️‼️

A post shared by duPont Manual Swim and Dive (@dupontmanualswimming) on Feb 1, 2020 at 1:18pm PST

Wrestling
The wrestling team will participate in the regional tournament this week. On Saturday, they will travel to Trinity to compete. The start time for this tournament is TBA.