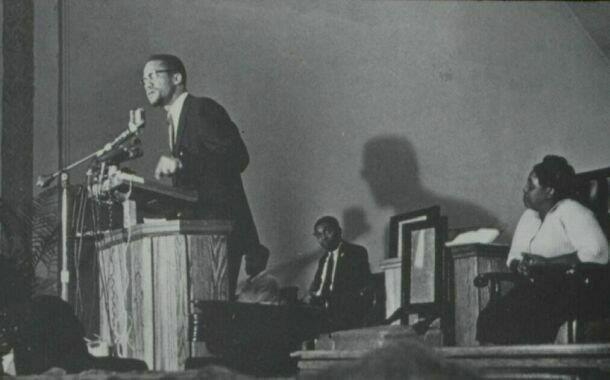 Many of us are accustomed to hearing Martin Luther King Jr.’s famous “I Have A Dream” speech when February comes around., however, there are many other great speeches by black leaders, politicians, artists and activists that don’t get as much recognition.

Malcolm X: “The Ballot or the Bullet”
Malcolm X gave this speech in the midst of a fiery time in America. The Civil Rights Movement was in full swing as the Civil Rights Act was being deliberated in the Senate. He started with the question “Where do we go from here?” and subsequently answered with “the ballot or the bullet.” In this speech, he calls on the 22 million black people at the time to “wake up” and fight for their rights. He says if they aren’t represented they must take up arms to fight. He also called for the Civil Rights Movement to take ideas from the black nationalist movement and stop compromising for their inherent rights.

Barack Obama: “A More Perfect Union”
Then presidential candidate Barack Obama was under fire at the time because of comments made by the reverend of his church, Reverend Jeremiah Wright, about race. In response, he gave a speech at Independence Hall in Philadelphia about America’s history with race relations. He addressed Reverend Wright’s comments and explained that from an African-American standpoint, the history is complicated and difficult and that the comments couldn’t be dismissed because it is uncomfortable to talk about.

Sojourner Truth: “Ain’t I a Woman?”
Sojourner Truth starts her speech by attacking the status quo, saying that women and black men can defeat the status quo and should not be scared. The status quo at the time was that women should be protected. She expresses her frustration that black women aren’t treated well and that they should be treated better and shouldn’t be worked and beaten like men. She ended her speech using the Bible to expand her argument that women are strong too and acknowledge that there would be no man without the woman.

Fannie Lou Hamer: “Taking it to the Mountain”
Fannie Lou Hamer delivered a speech on behalf of the Mississippi Freedom Democratic Party to the credentials committee of the Democratic National Convention in 1964 to highlight the realities that African Americans faced. Hamer’s speech is reflective of the obstacles she faced throughout her life. Her depiction of racist atrocities gripped the attention of the nation. Hamer’s speech ends with a questioning of America, forcing the congressmen and people throughout the nation watching to confront and accept the challenge to acknowledge civil rights violations and begin to take steps to improve social and political standards.

Frederick Douglass: “What to the Slave is the Fourth of July”
On July 5, 1852, Frederick Douglass was invited to address the citizens of his hometown, Rochester, N.Y. Douglass used the occasion not to celebrate the nation’s triumphs but to remind them of its continuing enslavement of millions of people. While praising the Founding Fathers, he also questions them. He uses the Revolutionary War to prove his point—that fighting for your rights is always the right thing to do.