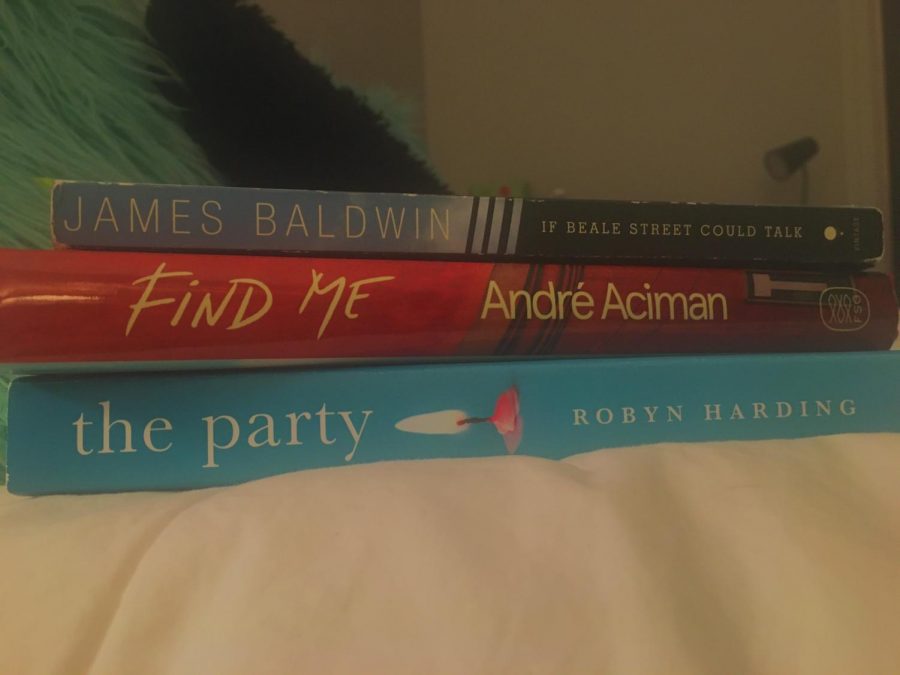 With Black History Month just beginning, it’s an opportunity to open yourself to education on the African-American struggles and discrimination they’ve faced on a daily basis, as well as the progress they’ve made. Reading books, both fiction and nonfiction, is a great way to do that. While Black history should be celebrated all year, this month is a great place to start. Here are five books you can read during Black History Month.
1. If Beale Street Could Talk
I placed this book at the top of my list because I just recently read it in my English class. We had to annotate it, which seemed tedious at first, but the content and developing plot of the book kept me engaged and able to keep reading.

“If Beale Street Could Talk” by James Baldwin tells the love story of Tish and Fonny, who met during their childhood and are planning their wedding. Tish finds out she’s pregnant, but in the midst of this Fonny is falsely accused of sexual harassment and placed in prison without a trial. The entire arrest from start to finish centers around the color of his skin. Tish and Fonny now have to navigate starting a life in a family with him now in jail while escaping the shameful pressures of Fonny’s mother.

This book exposes the faulty criminal justice system and how racially biased it is. I highly recommend this because while it is fiction, it still tells an ugly truth of racial bias — if you are black, you are automatically seen as a threat. It opened me up to problems I can’t even imagine dealing with and allowed me to see the issue from another perspective. This is a short, easy read that tackles a big topic.

2. Hitting a Straight Lick With a Crooked Stick
This book initially caught my attention because of the catchy title, but after reading about it I could tell it was much, much more than that.

“Hitting a Straight Lick With a Crooked Stick” is a collection of stories compiled by author Zora Neale Hurston that highlights life during the Harlem Renaissance for African-Americans. The Harlem Renaissance was an intellectual and artistic explosion centered in Harlem, New York City in the 1920s centered around Black music, art and literature. There are eight stories within the novel, each tackling a different issue or person. I admired how realistic the writing was — misspelled words and inconsistencies that actually express the language in which they speak make it all more real. This contributes to cultural context and further understanding of their history. For this reason, it is definitely a book you (and I) should be reading.
3. Dear Martin
This next book leans more towards the young adult genre but still tackles a very powerful and complicated subject.

“Dear Martin” by Nic Stone focuses on Justyce McAllister, a well-behaved, intelligent African-American high school student with a troubled past. He looks towards the teachings of Dr. Martin Luther King Jr. but can’t seem to escape the ridicule and tauntings of his classmates. But things take a turn for the worst when Justyce and his friend Manny are pulled over for driving with the music up too high. When the tensions get high and the police officers start firing, Justyce and Manny are caught in the aftermath — yet the media is only attacking Justyce.

While I haven’t read this book yet, the description makes me want to. There is a not-so-subtle racial bias when it comes to police officers; a violent stereotype associated with African- Americans leads to far more unfair arrests, further developing that unfair stereotype. This novel exposes the harsh reality of white privilege and black discrimination that is easy to understand for young teenagers. This opens the door to further educating the future generation and works to destroy the negative stigma around people of color.
4. The Fire Next Time
This book is a deeply personal account from James Baldwin. “The Fire Next Time” consists of two essays, both highlighting an aspect of Baldwin’s life.

The first essay is written in the form of a letter to Baldwin’s 14-year-old nephew, titled “My Dungeon Shook — Letter to my Nephew on the One-Hundredth Anniversary of the Emancipation.”  The title speaks for itself, but specifically, this letter explains the role of race in American history. Baldwin explains to his nephew how America has the ability to destroy black men and women and their culture — but he should take this anger and turn it into passion and hope for future generations. This part of the book gives a positive and hopeful outlook to a negative situation.

The second essay is titled “Down At The Cross — Letter from a Region of My Mind.” This essay explains the complicated relationship between race and religion. This part is more focused on Baldwin’s personal experience with transitioning from a teen pastor to completely cutting ties with the church to look out for his personal well-being. Additionally, this part also explains the Islamic views within the black community and the complications that go with it.

This book gives a more personal and firsthand account of Black struggles, making it an impactful read this month and year-round.
5. The New Jim Crow: Mass Incarceration in the Age of Colorblindness
I chose this book to wrap up the list because it showcases the modernized version on Jim Crow laws and racism by exposing the mass incarceration of African-Americans in the United States.

“The New Jim Crow” by Michelle Alexander explains the phenomenon of mass incarceration and the caste-like system that leaves millions of African-Americans behind bars for the most minor of crimes. Going even further, once released, they’re basically demoted to second-class citizenship, unable to vote and practice the liberties their community fought for over the last century.

This book is extremely important in emphasizing the fact that although Jim Crow laws are long gone, what’s left behind is the “subtle” ways racist America still implicates control based on skin tone. Through the topics of mass incarceration, “The War on Drugs” and the triumphant election of Barack Obama, Alexander does a great job in describing the permanent mark a minor crime can put on an African-American, throwing off the course of their life.

This touches on issues happening currently, making it something we should all read and be educated on.