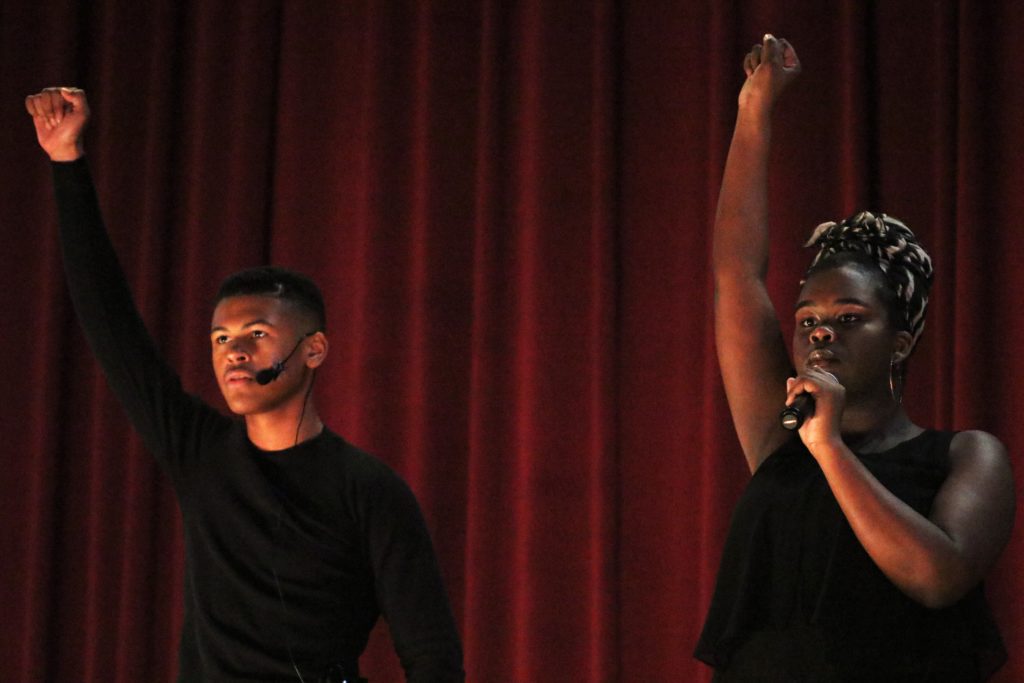 Two questions that are commonly asked in regards to black history and especially in the month of February are; “why do we only dedicate one month for black history?” and “why isn’t African American History its own social studies course?”
Current state guidelines
Currently, Kentucky high school students are required to have 22 high school credits in order to graduate. Three of these 22 required credits include social study classes. High school students are required to take American History, a civics or geography course and World History or European History. Due to the wide variety of academic scholars in Kentucky, these courses are offered from comprehensive to Advanced Placement levels.

However, the evolution of African American History is not a required history credit but is instead considered an ordinary elective in the state of Kentucky. Meaning if you took African American History, the class wouldn’t count towards an extra history credit even if you took the other three that are required.
Why should African American History be required?
First and foremost, a lot of African-American students are not taught about their descendant’s culture. Often times when Africans were brought over to America in the slave trade, they lost their individual and family identity. Though teaching this history may not explicitly tell where someone’s ancestors are from, but it could give a more in-depth education of at least a general region’s culture.

Secondly, students learn about European history extensively, mostly in the case of empires and world religions. In comparison, African Americans are often only skimmed upon during the topics of the slave trade and civil rights movements in America during the 20th century.

African American History should also be a credit due to the rich cultural elements such as food, music, physical representation, societal movements and achievements. Food especially was adapted by white Americans since the 19th century. Also, other forms of African American culture have a constant influence on the current generations from different cultural backgrounds.

“We hear all about white and other races accomplishments, but we [black students] don’t know about our own and we’re just as important,” LaNasia Mason (10, J&C), secretary of Black Student Union, said.
What exactly should the classes cover?
Pre-slavery:
Prior to the Transatlantic slave trade, a lesson that schools should teach is the different African kingdoms and empires. For example, Egypt, Ghana, Zimbabwe and Benin were all strong and established empires that shaped history. Within the lesson, students should learn the civilization’s culture, trade imports and exports and how they interacted with each other.
15th century – 19th century:
Slavery took place during this time period; we should be informed on how it came about, what slaves were used for, the poor conditions and different slave revolts. Schools should also touch on the rules and restrictions placed on slaves and African-Americans even after slavery, and how African-Americans fought in both the American Revolution and the Civil War.
Civil Rights:
The Civil Rights Movement is full of historical events, many people are aware of at least one event, but aren’t educated in depth. The most notable Civil Rights events that should be taught are the Montgomery bus boycott, Albany Movement, Birmingham Campaign, March on Washington, and Bloody Sunday. In addition, there were sets of laws to discriminate against African Americans such as the Jim Crow law.
Current day:
Students learn that discrimination of African-Americans is still a current phenomenon. For example, African Americans face a large amount of police brutality, the cycle of poverty and the intense conviction of crimes.

“I want to hear about who we [African descents] were before everything, the time that we were in charge of our own developments and how they got burned and tore down. I also want to hear about influential people throughout history,” Mason said.