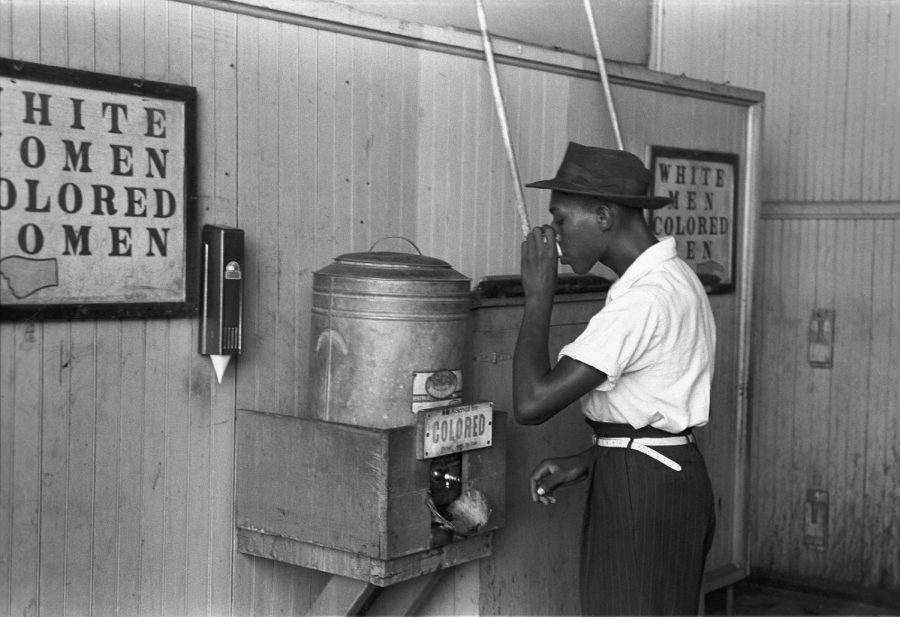 A man drinks at a water fountain that is separated from the white water fountain. Photo from Library of Congress's Prints and Photographs division.

The Civil Rights Movement that took place in the 1960s is taught as taking place in the Deep South because of all the controversy and key events that took place in Alabama. What often gets forgotten though, is the rich and horrific history of the fight for Civil Rights in Louisville.
Muhammad Ali’s Olympic Gold Medal
After winning a gold medal in the light heavyweight division of boxing during the 1960 Summer Olympics, 18-year-old Ali returned home to Louisville. According to his autobiography, “The Greatest: My Own Story,” after being denied service at a “whites only” restaurant, Ali took his medal and threw it into the Ohio River.

Now, this is wildly debated due to the attachment Ali felt to the medal, his friends saying that he even wore it while sleeping, but with the amount of discrimination Ali faced living in a highly segregated city, it is a valid explanation.
The “Nothing New for Easter” Campaign
A year following the series of sit-ins in Greensboro, NC in 1960, African Americans in Louisville began demonstrations similar to these to protest racial discrimination and segregation. Hundreds of black teenagers and young adults, alongside few white people, began demonstrating peaceful sit-ins, picketing and different forms of non-violent protest, many protesters were arrested and charged with delinquency and disorderly conduct. One of the most successful demonstrations came in April of 1961 with the “Nothing New for Easter” campaign, which consisted of boycotts of stores that discriminated against black shoppers and refused to allow them to purchase items from said establishments.
The Parkland Riot of 1968
The Parkland neighborhood down in the west end of Louisville was, and still is, traditionally populated with lower income families, at the tame and currently, African American families. However, there were also many businesses owned by black and white people in the area. This all changed when on May 27, over 400 people gathered to protest a white police officer who was to be reinstated even though he used excessive force on an African American. When police intervened, a disgruntled protester threw a bottle that led officers to draw their weapons. After looting, arson and vandalism erupted, the Kentucky National Guard was brought in to instate a curfew for the citizens of the area. In the 50 years since this riot occurred, no efforts have been made to properly restore the area to its former state.