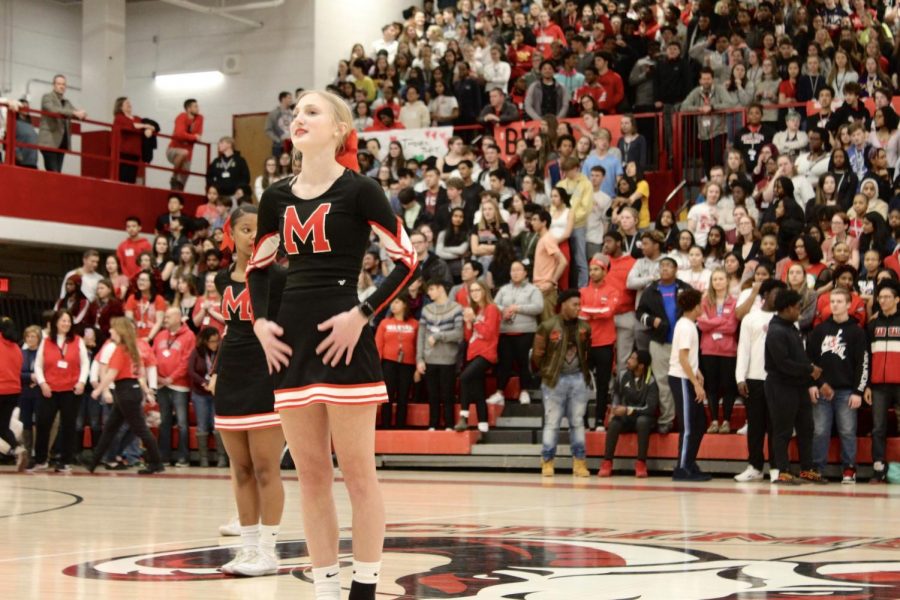 Cassidy Adwell (J&C, 10) looks to the crowd as the cheer squad begins their performance. Photo by Molly Gregory.

Swim
Last week, the swim team swept the regional swim and dive meets, coming in first place for the girls’ swim team, the girls’ dive team and second place for the boys’ swim team. They also were the combined team champions. The team will be back in action on Feb. 22 for the state meet.

Bowling
The girls’ bowling team ended their season last week with the state tournament. The team came in eighth place, and individual, Heather Allen, came in 18th place in the singles tournament. On the boys’ side, Jacob Rowan came in 8th place.

Congratulations to Jacob Mann and Conley Combs for qualifying for the Wrestling State Tournament next weekend in Lexington. @ManualAthletics #manualwrestling pic.twitter.com/EUv3tdSyKA