BHM: A look back on black history through film 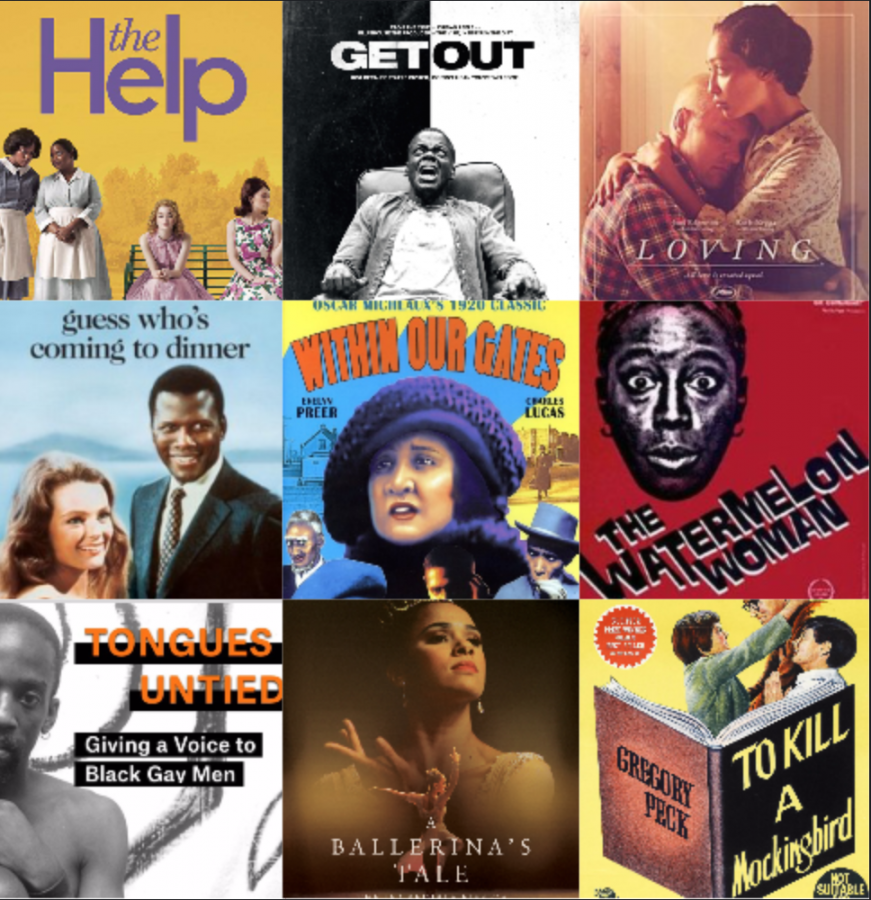 For Black History Month, there are always events, articles, books and videos released to educate and spread awareness around racial discrimination, seen in the past and today in 2020.

This month isn’t just to educate and spread awareness but to also celebrate the success of black people worldwide.

To celebrate some of these people, we have compiled a list of well-known and not so well-known films directed, acted-in and scored by the black cinema community.
Within Our Gates (1920)
Directed by Oscar Micheaux

A silent film with the main character, Sylvia Landry, going on a fundraising trip to raise $5,000 in order to keep a school for impoverished black children open to the public. Dr. Vivian meets Sylvia and quickly falls in love with her. The two go back to the South and there, Dr. Vivian learns about Sylvia’s past and realizes that racism has changed her life forever.

The Defiant Ones (1958)
Directed by Stanley Kramer

In 1950s America, members of a chain gang are being transported through the South and their truck crashes. John “Joker” Jackson (Tony Curtis) and Noah Cullen (Sidney Poitier) are two convicts on the truck that crashed. The two were chained together and somehow managed to escape. The two men seem to be opposites, figuratively and literally, seeing that Jackson is white and Cullen is black. During their flight across the country, they form a deep bond. During the flight, the two meet a female landowner who leads Jackson to make a tough decision about his freedom.

To Kill a Mockingbird (1962)
Directed by Robert Mulligan

Scout finch, a six-year-old girl, and her older brother Jem live in Maycomb, Alabama with their father. They spend most of their time with their friend Dill and spying on a suspicious neighbor, Boo Radley. Their father defends a black man named Tom Robinson against a fabricated rape charge. The trial exposes the children to the evils of racism and stereotyping.

A young white woman, Joanna Drayton, becomes engaged to a black doctor, John Prentice and they travel to San Francisco to meet her parents. Joanna’s parents, Matt and Christina, are wealthy white liberals who must confront the latent racism coming due to the marriage of her daughter to a black man. At the dinner, John Prentice’s parents who, opposite of Joanna’s parents, disapprove of the relationship.

Still a Brother: Inside the Negro Middle Class (1968)
Directed by William Greaves

A documentary starring Horace Morris, the Urban League administrator, talking on the idea that “no matter how high a black advances into the middle class, he’s still a brother to the oppressive, prejudiced whites.”
Illusions (1982)
Directed by Julie Dash

A short film depicting the life of young African American women passing as white in order to work in the film industry during the 1940s. The film calls attention to the lack of presence and support of African Americans in the industry.

A movie made to give a voice to the gay black men in communities nationwide. It also allowed them to present their cultures and perspectives on the world as they combat racism, homophobia and marginalization.

A movie made to commemorate the efforts of many black activists and the leader of this struggle for liberation. Malcolm X was arrested during his fight and hit rock bottom in the ‘50s. He became a Black Muslim and soon to be a leader in the Nation of Islam. His assassination in 1965 left a mark of self-determination and racial pride.

A high school in Virginia sees football as a way of life. Any game won is celebrated larger than Christmas would be. In 1971 the school board integrated an all-black school with an all-white school. The love for the sport and the value of teamwork was put to the test for Alexandria, Virginia high school.

1960s Mississippi, a Southern Society girl named Skeeter comes home from college with big dreams of being a writer. She sparks speculation when she decides to interview a black woman as her first subject. The housekeeper of Skeeter’s best friend agreed to talk first in the interview. As Skeeter spreads Aibileen’s story more and more black women around the small town speak up and tell theirs; it turns out that these women have a lot to say.

In 1946 Branch Rickey, legendary manager of the Brooklyn Dodgers took a risk and went against the major league baseball’s black barrier by signing Jackie Robinson to the team. This action put both Rickey and Robinson to the test with having to deal with the public, the press and fellow players.  Robinson faces open racism from all sides but demonstrates true courage and admirable restraint by not reacting to this treatment. He let his true talent shine and silence the critics.

Cecil Gaines leaves the south as a young man seeking employment at an elite hotel in Washington D.C.. Upon leaving the south and arriving in the nation’s capital he’s granted the opportunity of a lifetime as he is hired as a butler in the White House. He spends three decades sitting in the first row in history, as he watches history being made in the White House. However, his commitment to the first family lead to the estrangement of his wife and causing conflict with his anti-establishment son.

The civil rights act made segregation in the south illegal in 1964 however the discrimination was still prevalent and made it very hard for black citizens to vote. In 1965 the city of Alabama led by Dr. Martin Luther King Jr., stood up to fight for suffrage with his anti-violence activism. King led a march from Selma to Montgomery which made a mark on President Lyndon B. Johnson. After this march, the voting rights act of 1965 was passed.

A film about an African American ballerina’s rise and potentially career-ending injury alongside battles of race and body images in her career field.

The long-awaited launch of astronaut John Glenn into orbit was made possible by three astounding African American NASA women. Katherine Johnson, Dorothy Vaughn and Mary Jackson worked as the brains behind this operation and made it possible.

Richard, a white man, and Mildred, a black woman, fall in love and get married in 1958. They both grew up in Central Point, Virginia which was one of the more integrated states in the American South. Despite this fact, the two were still shamed and arrested for their marriage. Once they were free the couple and their kids moved to inner-city Washington D.C. and became independent, but eventually attempted to make their way back to Virginia.

An interracial couple have reached the meet-the-parents stage of their relationship. Rose, the white girlfriend, invites Chris, her black boyfriend, on a weekend getaway with her parents. The parents seem to be acting weird and have an over-accommodating behavior but Chris writes off this nervous behavior as the parents’ way of dealing with their daughter’s interracial relationship but he is mistaken. Throughout his stay, there are more and more details of their behavior that turn out to be something he could have never imagined.

The king of Wakanda dies and his son, T’Challa, returns home to take his rightful place as king. As he’s going through the tribulations of becoming king, an unexpected enemy shows up in Wakanda and tests his ability to be king. T’challa must gather his allies and they must do what they can to secure the safety for the people of Wakanda and the world.