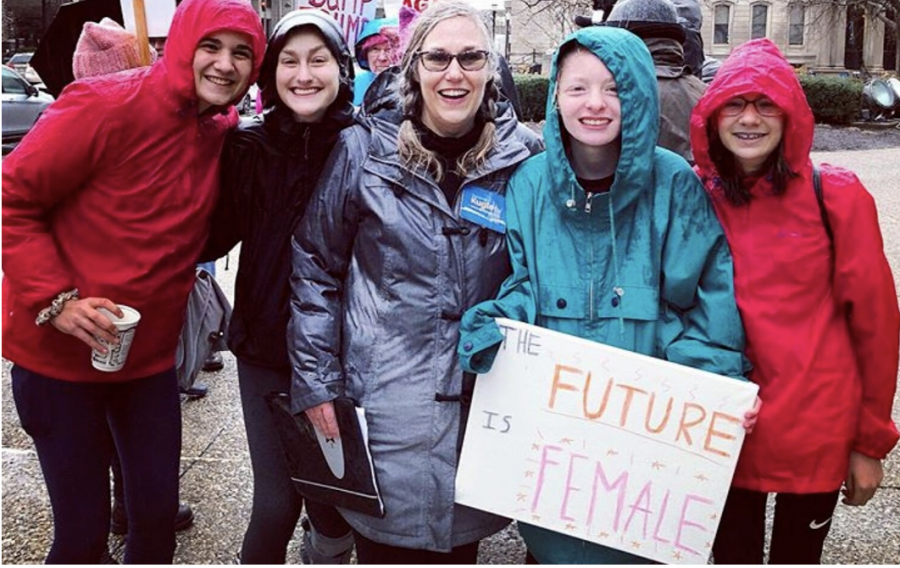 I sat with Suzanne Kugler at the kitchen table of her house located in the Silver Oaks neighborhood on a Saturday morning. Her cheeks were still red from the cold air that had been hitting them as she walked through the streets of her complex, speaking with her constituents about issues that mattered to them.

Kugler is running as a Democratic candidate for State House Representative of District 29, a district of Kentucky that primarily consists of Jeffersontown and Fern Creek neighborhoods. Representative Kevin Bratcher, a Republican, has been representing the district since 1997.

Kugler has been living in Louisville for over twenty-one years, most of which in the house that she currently lives in. She started teaching when she was twenty-one years old, teaching middle schoolers science and social studies. A majority of her career was spent at Noe Middle School but she retired after twenty-eight years.

“Now I’m an adjunct professor at Bellarmine, where I teach three classes. A former colleague asked me, ‘Would you like to teach the social studies student teachers here?’ after I retired and I thought it sounded great,” Kugler said.

Kugler had thought about running for office before, especially with her experience as a sponsor for the KYYMCA conferences Kentucky Youth Assembly and Kentucky United Nations Assembly. When it was clear that no one was running against Kevin Bratcher, a friend reached out to Kugler and asked her if she was in District 29.

“I got this feeling where I was thinking ‘What if I am in District 29, what would that mean for me?’,” Kugler said.

She and her former student, Forest Clevenger, went to Frankfort ten days before the deadline and filed her paperwork to run. Her family made up of her husband and three sons have been supportive throughout her campaign.

Now that she’s officially running, Kugler has been working hard to start her campaign. She has no primary challengers so she is guaranteed to be on the ballot as the Democratic candidate in the general election. One side of campaigning that she hadn’t previously considered is the importance of fundraising.

“My campaign consultant said ‘Ask people for $1000 or $500’ but I’m asking teachers. So what I’ve been asking people is ‘Will you support my campaign for ten dollars every month for ten months?’ and I haven’t had a single person say no to that,” Kugler said

Kugler has also been canvassing early in her campaign to drum up strong community-wide support. She has put a large focus in her campaign on hearing the voices of her constituents and then forming her platforms around that. Her main platforms are education, equity and environment, three issues that exemplify her life.

District 29 went to Andy Beshear in the gubernatorial election so she feels optimistic in running against an incumbent such as Bratcher.

“What I have heard from more than one constituent is that they did not know that he was their representative. I am hoping that my ideas and my background will be attractive to this district,” Kugler said

Her initial hopes as a future legislator are to repeal the right to work law that prevents teachers from using collective bargaining, pressing for state-funded pre-school and checking urban sprawl in suburban areas through greener urban planning.

“I want civics to return to the government. I want to make it so we’re listening to people and what the people need because people are much more alike than they are different,” Kugler said.