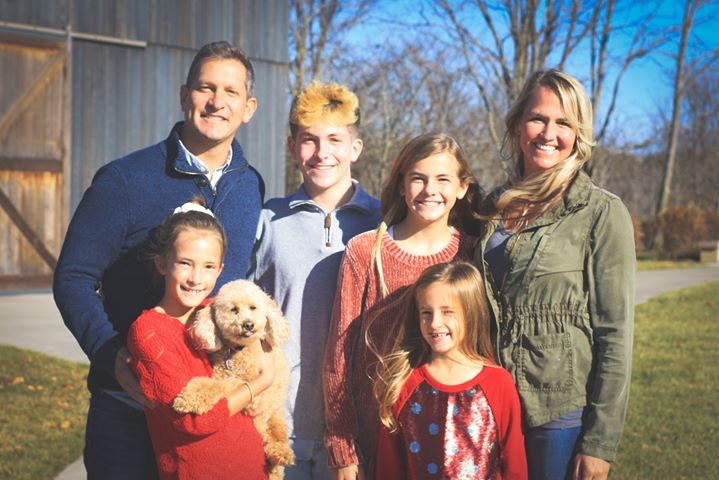 Photo courtesy of the Prather family

Four Louisvillians died in a car accident near St. Louis, Missouri Friday morning on the way to a volleyball tournament in St. Louis, Missouri. YPAS freshman Brennan Prather’s mother and sister, Lesley Prather (40) and Rhyan Prather (12), respectively, were among the victims.

Brennan and his father, Justin Prather (40), are asking that all Manual students wear light blue on Tuesday as a form of remembrance for their family and the other two victims involved in the crash.

Carrie McCaw (44) and her daughter Kacey McCaw (12) also died in the accident.

According to the Courier Journal, there were three vehicles involved in the crash on Interstate 64. Two Missouri residents in the other vehicles survived the accident. One of the vehicles hit the Prathers’ vehicle head on after crossing over the meridian on the interstate, leaving no time for Prather to react. Missouri police announced that they are opening a criminal investigation on the drivers of that vehicle.

“My heart goes out to the families involved in this tragic accident. Condolences to both families. In the immediate sense, the community has lost  wives, mothers, daughters, and sisters. The loss in our Manual family is enormous. Brennan please know we are all here for you with love and support in this difficult time,” Mr. Farmer said in a statement.

Mayor Greg Fisher responded to the incident with a Tweet giving his condolences to the families affected, along with the Louisville Fire Department, KIVA and many other volleyball organizations.

My heart is breaking at the loss of four Louisvillians, including a Louisville firefighter, killed in a tragic accident today in Missouri. I ask that you join me in keeping their families, friends and co-workers in your hearts and prayers.

The Prathers and McCaws were traveling from Louisville to St. Louis for the girls to participate in a volleyball tournament for their club, Kentucky Indiana Volleyball Association (KIVA). The tournament held a prayer service the following morning for the families.

Our hearts are heavy with the loss of four beautiful souls in Carrie and Kacey McCaw and Lesley and Rhyan Prather. Our KIVA family will never be the same and we send prayers and love to all of the families touched by this tragedy.

Lesley Prather also played volleyball for the University of Louisville from 1998-2001, and later became a head coach at IU Southeast and served there from 2009-2012. She had worked for the Louisville Fire Department since 2016.

Rhyan Prather played basketball, soccer and volleyball for Noe Middle School, and planned to attend Manual as part of the class of 2025. She also played volleyball for the highest age 12 travel team for KIVA, along with Kacey McCaw.

The two mothers also coached KIVA teams that are participating in the tournament this weekend. Many teams at the conference wrote the players’ name and numbers on their wrists and volleyball shoes as a tribute to the girls.

Prather also posted a memorial on his Instagram about his mother and sister, celebrating their lives and explaining his feeling since the accident yesterday morning.

im at a loss for words. i still don’t believe it’s real and i’m missing you guys more and more every second. there is so much love down here and i know you guys are watching. rhyan- mom and dad used to joke that i would be working for u and that’s kinda true. u were always the smart one and i was always jealous. i miss u sweet girl. momma- it’s the small things. our trips to chick fil a to get milkshakes, to the way that you smell and the warmth i felt on ur body when i hugged you. i miss it. i miss all of it. kasey and carrie- you all were a family to me and there is no words to describe the way i am feeling right now. there is so much love for y’all as well and all of you are remembered and always will be. i love you all to the bottom of my heart and i know ur in a better place now. i can’t wait to see you all again and be reunited. you all were too young, but heaven got four very special angels today. everything happens for a reason. rest easy you all. xo b