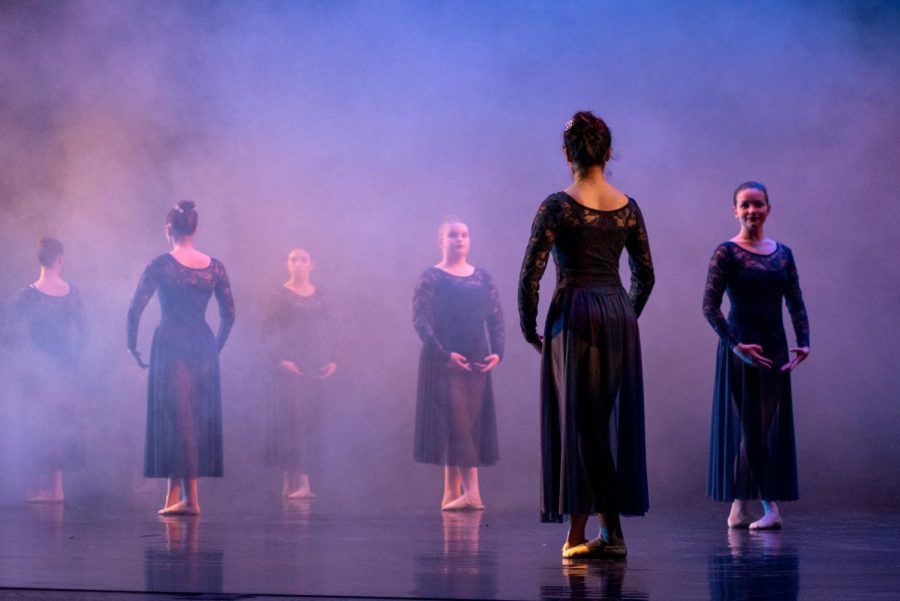 This story was submitted by Christeen Florence (10, J&C). Photos by Cesca Campisano.

Starting on Feb. 19, YPAS Dance will be putting on their spring concert.

The performance will be on the YPAS Mainstage, and tickets are $10-12 for the evening shows, and student matinees are $6.

The concert is called “Shift” which displays the different types of movement throughout  the dancers.

The show consists of many dances with a variety of different styles including ballet, modern, hip-hop, tap, jazz, bollywood and even a new aerial silks performance.

The dancers have been working all year on these pieces, working on a different dance each six weeks until they’re all ready and put together.

Most of the pieces are teacher-choreographed and are taught in the dance ensemble class that sophomores, juniors and seniors take.

While the show mainly consists of sophomores, juniors and seniors, there is a tap piece with some freshmen in it. The dance was student choreographed by Emerson Walker (12,YPAS) to “Sing Sing Sing”.

Kaitlyn Meiman (9, YPAS) is in the tap piece and  has been able to experience the work that everyone puts in.

“YPAS comes with a lot of good commitment, and it’s not easy, but it’s worth it,” Meiman said.

The concert incorporates multiple other YPAS majors and is all student run. Design and Production runs the sound and lighting and makes the costumes.

“While the dancers are performing, some of the other majors will be performing their art as well,” Finch said.

You can buy tickets to see the concert here.