Cheerleaders take on their last competition without a coach 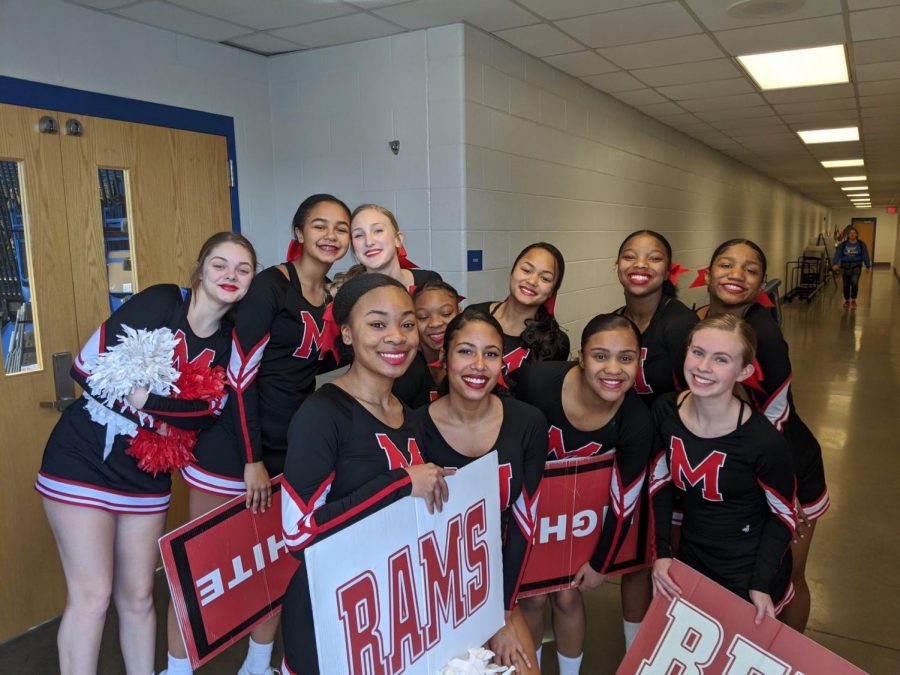 Manual’s cheer team huddles together for a picture before going out on the mat. Photo by Abigail Sanders.

This piece was submitted by Ellie Thornsbury (10, J&C).

The Manual Cheerleading team took third place at the LIT competition at Valley High School after their coach quit days before the competition.

Performing their last routine of the season, the cheerleaders took the mat around 1 p.m. They hit all but two of their stunts and completed all of their flips but they bobbled during the pyramid.

A bobble is when the stunt almost falls, but the stunt group manages to save it. Both result in deductions in points.

Manual scored third out of three teams, a disappointment for the last competition of the season.

“Competing is my favorite part of cheerleading. The feeling of performing in front of the mat is so amazing to me, so it is sad that that aspect of cheer is now done,” Abigail Sanders (10, HSU) said.

The Manual cheer coach quit last week, for unknown reasons, days before the last competition of the season.

“I think competing without a coach threw us off of our game. It made the stakes much higher because we had to be completely responsible for ourselves,” Sanders said.

The coach left the 10 girls with many new responsibilities including bringing the signs and music and being on time for arrival, pictures, stretching and warm-ups.

“Usually, I just have to worry about my individual performance and skill completion, but this competition I was stressed over things I shouldn’t have been as an athlete. That made the competition 10 times harder than it should’ve been,” Sanders said.

Regardless of the added stressors and mishaps, the team is proud of what they achieved.

“Competition without a coach was difficult, but it confirmed my trust in my teammates and made me feel confident because if we could survive that, I think that together, we could survive any other obstacle our way,” Sanders said.

While competition season is over, the cheerleaders are not finished. They still have to perform at pep rallies and varsity basketball games.

“The end of the competition season isn’t as bad as it could be, because I still get to see my cheer friends multiple times a week,” Sanders said.