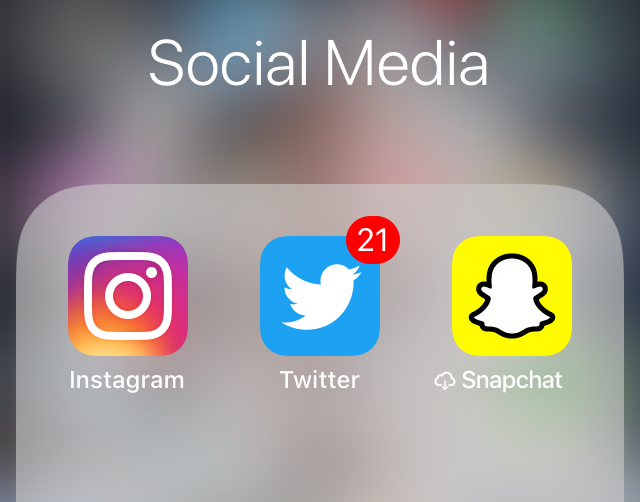 According to Assets Coming Together Youth Center, a research center funded by the New York State Health Department, nine out of 10 adolescents age 13-17 use at least one form of social media, and 71% use two or more forms.

Social Media plays a big role in the lives of Manual students and staff. Many clubs, sports teams and even administrators at Manual run accounts that relay important messages that students need to know including scholarship opportunities, adjusted schedules or if school is closed to inclement weather.

This new reliance on social media has developed more in recent years. In 2005, social media was used by only 5% of the population and was virtually unknown to most of the internet. Now 15 years later, just under 70% of the American population uses some form of social media, according to History Cooperatives’ complete timeline of social media.

This rapid growth has caused problems in society, but it has also provided many benefits to both users and the informational world. Apps like Twitter, Instagram and Facebook create connections that couldn’t be made before, spread news and information faster than ever before and allow companies to advertise to a wider audience.
A way to connect
Social media gives people all around the world a way to connect and share ideas. For example, a scholar from India can connect with a professor in North Carolina through the push of a few buttons.

This is also true for adolescents. According to research conducted by the American Academy of Pediatrics in 2017, “Engaging in various forms of social media is a routine activity that research has shown to benefit children and adolescents by enhancing communication, social connection, and even technical skills.”

“When my cousins lived in Germany we had very limited contact with them, because of international cell phone usage, but social media allowed me to keep up with their lives for free,” she said.
A platform for information
Most, if not every major news organization has social media accounts, which they use to relay breaking news or to promote stories on their website. Before social media, important news could only be available through websites or by reading the newspaper the next day. Now more people can become educated faster, including teens.

Social Media can help both the younger and older generations connect with people in ways that weren’t possible before, but social media also allows companies to reach a wider audience.

Companies have more efficient ways to advertise their products, through promotional posts, paid ads and specific algorithms to know who to target when advertising. Some may see this as a bad thing, but it’s extremely beneficial for companies when looking to advertise. Instagram even has a business mode that provides insights to help with advertising.
Indicator of mental health
According to a 2014 study published by the US National Institute of Health, social media can be used to help detect signs of mental illness. This study used the Facebook pages of college students to look for signs of depression, and 34% were diagnosed.

While this may not be true for everyone, it shows that social media can be a detector for when things are not perfect so that people can get the help they need.
The other side
There are some problems that come with the use of social media, including that social media doesn’t show all sides of a person. Many, including J&C sophomore, Amelia Frey, argue that people portray “fake happiness” on social media, which sets unrealistic expectations and comparison to others, which is sometimes true.

Throughout middle school Frey said that she struggled to find her place and be content with herself and often found herself constantly comparing herself to pictures of others.

“No matter what race, background, or socioeconomic status someone is, the pictures they decide to share with the public usually don’t reflect their whole persona. It’s typically more of a highlight reel,” Frey said. Amelia has now deleted all social media except for Twitter.

While social media can cause problems like ones Amelia experienced, the benefits, which are often overlooked, still outweigh the costs. Social media shouldn’t be seen in a negative light. It should be embraced and used to its full potential. If people of all ages use it responsibly, social media can open a whole new world of endless possibilities and opportunities for us to grow.