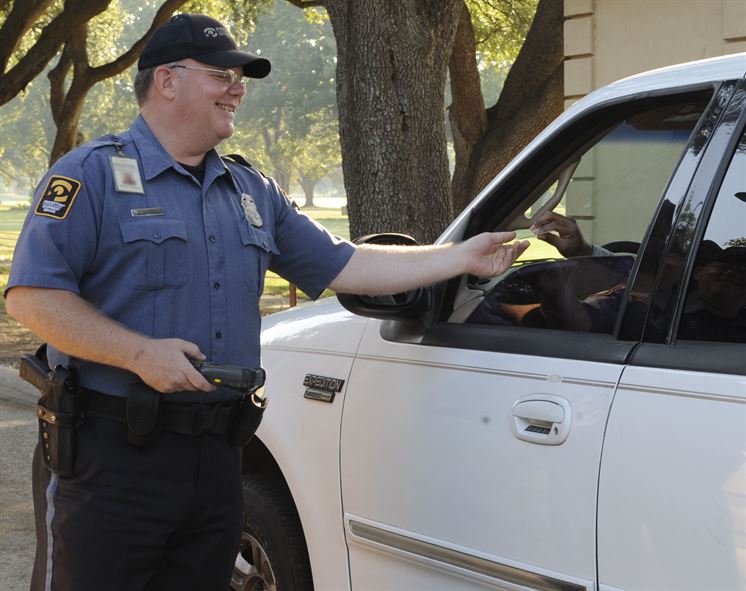 There’s been some controversy recently about a new law Governor Beshear passed that requires at least one School Resource Officer at every school to have a firearm and undergo training to use it. It’s received significant amounts of both backlash and praise, and there’s a lot of disagreement in the public forum. Arming school staff has been bouncing around the public discourse for a while, and it was brought to the forefront during the March For Our Lives movement as a possible solution to the problem of American school shootings.
What is the law?
The law, as previously stated, requires every school in Kentucky to have at least one armed School Resource Officer. The chosen officers would have to undergo 100 hours of training each year including training on extra weapons, implicit bias and completing deescalation courses. These officers would have concealed weapons and no police uniform and will also likely not be pulled form Manual’s preexisting security staff, as they require special police training. Also important to note is that Manual will likely end up with at east two armed officers because of the district’s treatment of YPAS and Manual as different schools.

Mr. Burton, Manual’s main security guard, has mixed feelings on the issue, specifically how if would impact his relationship to the student body.

“The amount of trust between the student and the Resource Officer is not going to be as much as it would if they did not have a gun. If I’ve got a gun you’re not going to trust me as much. A Resource Officer is going to patrol in a lot more aggressive manner than I would as a security monitor,” Mr. Burton said. “They have the ability to arrest and remove where I won’t be able to do that. My relationship with the students is different. I believe as a security monitor I have a great opportunity to form relationships with the students. If kids see me with a gun, they’re going to be more apt to be afraid to talk to me and bring stuff to me,” Mr. Burton said.
Student takes
As for what students feel on the issue, it’s a mix of different feelings. Some feel good about it, while others are not a fan.

“It could help with protection in case we ever need anything, but it could also be bad, because what if the guard isn’t ok mentally,” Josue Reyes (9, YPAS) said.

“I think it depends on how you take it. I do feel safer, but I wouldn’t say that I was safer if… Well, say, I was outside changing classes and I’m going to YPAS, yeah I would feel safer. It’s more security, more secure. But, if he’s constantly like watching or has his hand on his hip I would feel unsafe, so I really think it just depends on how you approach it, but JCPS is just all over the place,” Deon Robinson (12, HSU) said.

Some students were more outwardly opposed to the idea.

“I don’t really know what the basis is behind it but I don’t feel like it’s the best idea,” Kate Rose (11, YPAS) said.

Not all though, are upset at the idea of having someone trained with a gun in the school.

To put it bluntly, there’s disagreement. Some believe having armed staff will make the students feel more protected and safe, while others think it will make students feel like they’re under scrutiny and fearful that they could be shot if there is a misunderstanding.There is no easy way to solve the problems of gun violence and school shootings, and likewise it can’t easily be said what the benefits and consequences of the choice to require armed SROs might be. For better or for worse, Manual is likely getting at least one armed security officer. Time will tell whether these fears and hopes are justified.

Photo credit: “Checking Ids at the gate” by Andrea F. Liechti  on https://www.barksdale.af.mil/News/Photos is labelled for commercial reuse.