What’s happening in the world besides COVID-19? 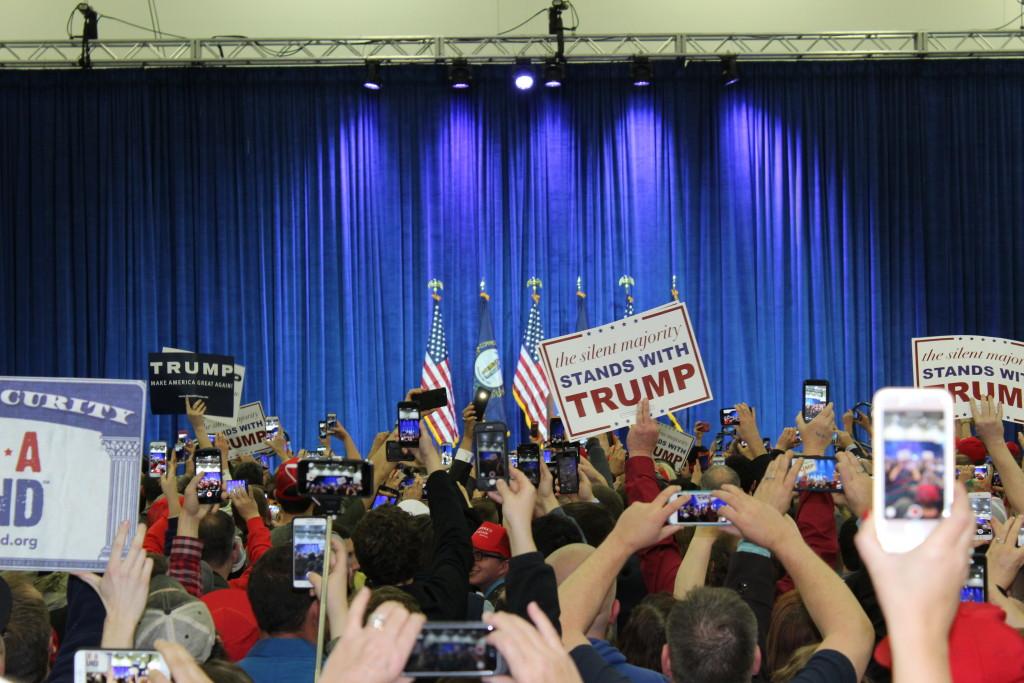 Even before Trump walked out on stage, supporters in the crowd continuously clapped and chanted slogans. Photo by Olivia Evans.

It’s easy to get caught up in the constant flood of coronavirus news. Every day there are more reported cases, school closings and speeches from government officials about what to do next. However, while it’s important to stay informed, coronavirus isn’t the only thing going on.

On Feb. 27, 2020, Turkey announced that they would no longer try to stop refugees from crossing their borders — which had previously been closed since 2016 — into Europe. Turkey and the European Union made an agreement in 2016 that Turkey would keep its borders closed in exchange for funding. Most refugees were trapped in Turkey after fleeing their home country, not wanting to go back but also unable to proceed into Europe. The last report estimated Turkey hosted 3.7 million Syrian refugees, in addition to many other refugees from countries such as Pakistan and Afghanistan.

Rising tensions between the EU and Turkey have led to Turkey opening its borders to Greece, allowing hundreds of refugees to pour into the country, most namely to its many islands, such as Lesbos. There is speculation on whether or not this move is a tactic to pressure the EU for further help in the Syrian conflict.

This recent development has been met with hostility from both Greek citizens and the government. So far, the Greek government has suspended accepting asylum applications for at least the next month, closed down the borders and deployed the army.

Tensions continue to soar between Greece and Turkey, as Turkey’s interior minister has encouraged refugees to cross anywhere along the border, saying that Turkey would send special force police officers with Zodiac boats to prevent any Greek push backs. Many Greek citizens are in panic and have taken measures into their own hands. There have been fights, fires set and violence raging across the border. So far, no peace agreements or future meetings are on site.
Climate Change
The National Science Foundation released an article on Feb. 28, 2020 that stated, “A long-feared scenario in which global warming causes Arctic permafrost to melt and release enough methane — a potent greenhouse gas — to accelerate warming and cause catastrophe probably won’t happen.” This conclusion came from a National Science Foundation-funded study led by Vasilii Petrenko, an associate professor at the University of Rochester, and Jeff Severinghaus, a geoscientist at the Scripps Institution of Oceanography.

The study began as a query posted in the journal Science almost 20 years ago by Jeff Severinghaus. The team, “analyzed samples of gases trapped in ice during a period of deglaciation between 18,000 to 8,000 years ago,” and their final conclusion was, “that even if methane is released from permafrost and other stores known as methane hydrates, very little actually reaches the atmosphere.”
2020 Democratic Primaries
The top 2020 Democratic presidential candidates left in the race are Bernie Sanders, Joe Biden and Tulsi Gabbard. According to a national poll done by Quinnipiac, when asked who they would prefer to see win the election, 54% of Democratic and independents who lean Democrat chose Biden, 35% chose Sanders and 2% chose Gabbard. Students 18 and older can vote in Kentucky’s Democratic primary on May 19, 2020. The Democratic Presidential Nominee will be chosen at the Democratic National Convention in Milwaukee, Wisconsin from July 13-16, 2020. The official election day for president will be on Nov. 3, 2020.

Students can check out a comprehensive list about the elections at https://www.uspresidentialelectionnews.com/2020-presidential-primary-schedule-calendar/ or register to vote at https://vote.gov/