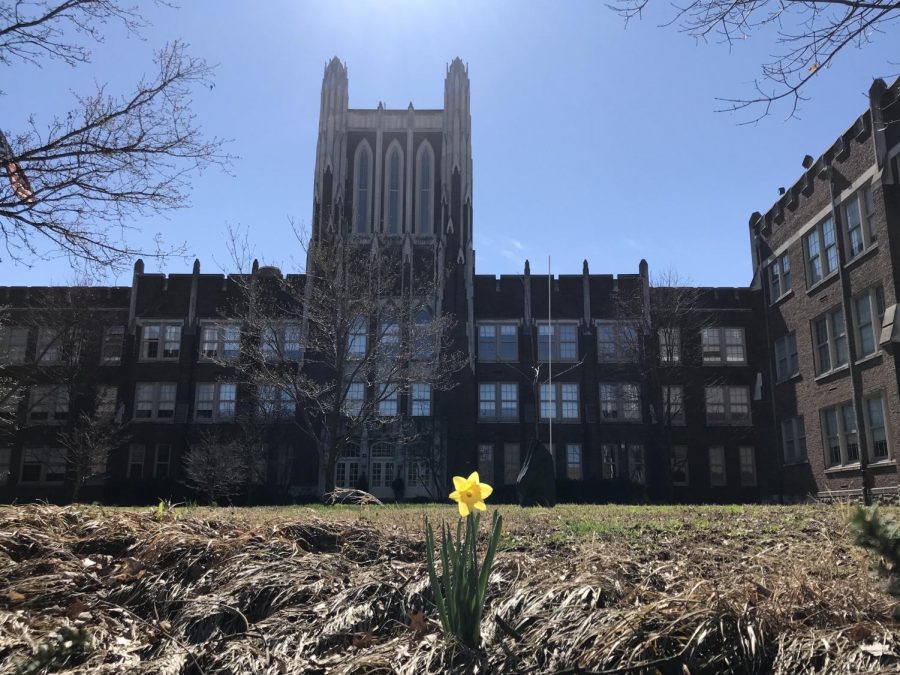 Manual basks in the sunshine. Photo by Molly Gregory.

On April 21, U.S. News & World Report released their annual ranking of the best high schools nationwide. Among the top 50 high schools was Manual, standing at number 45.

Ranked No. 30 nationally in 2019, the magnet school maintains high rankings and test scores.  Unlike many Kentucky schools, Manual’s admissions process is selective, which can boost test scores, causing Manual to be a district outlier.

Manual’s graduation rate, however, fell from 99% to 97% according to this report, lowering Manual to 47th in the state for the highest four-year graduation rate.