What happened this week besides COVID-19? 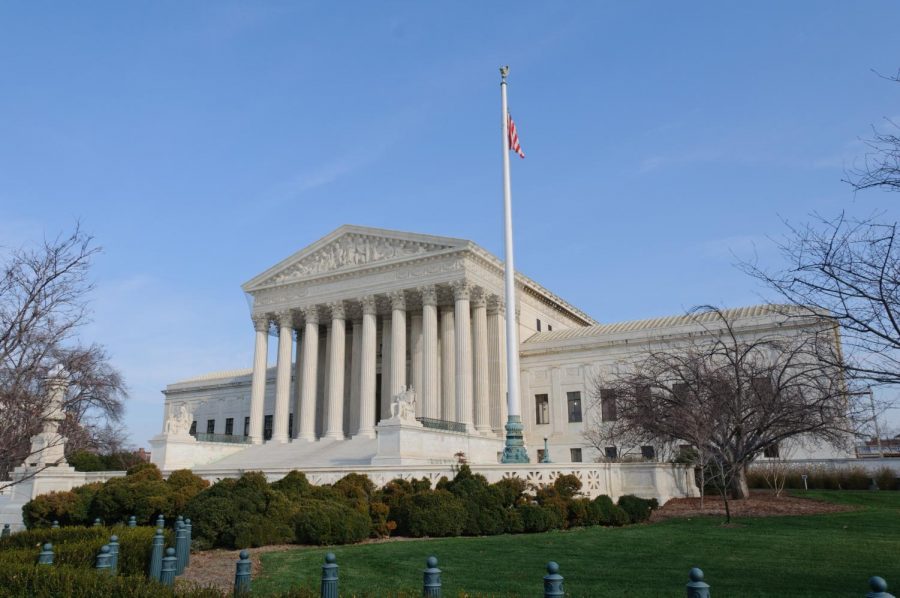 The U.S. Supreme Court decided Roe v. Wade a few decades ago, but as abortion comes up again, the future of women's reproductive rights lies in the hands of the new court.

It’s easy to get caught up in the heavy stream of COVID-19 news. Every day there are more questions about re-opening, how to handle upcoming months and press conferences from every and any government official. However, while it’s important to stay informed, coronavirus isn’t the only news around.
Oil Price War
Saudi Arabia had record levels of oil output in March and April. The Kingdom began to drive up their production and simultaneously offer huge discounts in retaliation to Russia’s behavior at the OPEC (Organization of Petroleum Exporting Countries) meeting on March 6, in Vienna, Austria. The issue started when Saudi Arabia, OPEC’s biggest producer, continued to push for production cuts, which would enable them to raise oil prices. Russia refused to agree to the proposal, not wanting to be forced to further restrict its oil production. Saudi Arabia then did a complete roundabout and flooded the market, causing the price of oil to drop by 50% in only a few days.

This threatened millions of jobs and the political stability of oil-dependent nations. While U.S citizens are experiencing low oil prices, they are also experiencing global deflation and witness to Saudi Arabia’s financial power flex.

On April 12, 2020, OPEC met again and resolved the Saudi-Russian oil price war. It was agreed that oil production will be slashed by 10%, or by 9.7 million barrels a day for May and June. Production cuts are set to continue after June, going down to 7.7 million barrels a day for the rest of 2020. Starting in 2021, it will be cut to 5.8 million barrels a day, until April 2022.
Kim Jong-un
North Korean leader Kim Jong-un was seen for the first time in three weeks on Friday, May 1, 2020. He had disappeared completely from the public eye since April 11, 2020. Rumors and further speculation began to pick up after Kim Jong-un failed to attend the celebration of his grandfather’s birthday on April 15, one of North Korea’s most revered calendar events. He had never missed an event before that. Both South Korean and Chinese sources denied the truth to headlines pertaining to ill health or a failed heart surgery; even death.

Kim Jong-un reappeared at a ceremony for a new fertilizer plant in Sunchon. The North Korean state news agency reported his visit and released multiple photos, including ones of Jong-un cutting a ribbon and him smiling and applauding. While in Sunchon, Jong-un also reportedly took a tour of the new factory alongside senior officials and his only sister, Kim Yo-jong. No outside media organizations were allowed to witness the ceremony.

The South Korean government denies any rumors of Kim Jong-un’s speculated poor health and cites there is no evidence that he has undergone surgery or other medical procedures.

Many rumors still continue to fly about his extended absence. During that time frame, commercial satellite imagery reported by NK PRO, a North Korean monitoring website, showed recent movements from luxury boats typically used by Kim Jong-un and assemblage near Wonsan. Wonsan is on North Korea’s east coast. Jong-un has a seaside complex there, complete with guest villas, a private beach and horse riding track. 38 North, a U.S based North Korea monitoring project, also reported satellite images. Their report showed what was thought to be Jong-un’s personal train parked at his private station at the Wonsan villa.

U.S and South Korean officials said it was possible Kim Jong-un may have been staying there in an attempt to avoid exposure to coronavirus. North Korea gave no reasoning for their leader’s absence. This also isn’t the first time something like this has occurred. Kim Jong-un disappeared for over a month back in 2014, also prompting many rumors. When he finally reemerged into the public eye, he walked with a cane. South Korean intelligence officials reported that he had undergone ankle surgery.
The Danish Tunnel
Denmark will begin construction on what will be the world’s longest submerged tunnel on  January 1, 2021. The tunnel, named Fehmarnbelt, will start on the Danish island of Lolland and link with Schleswig-Holstein in Germany. Fehmarnbelt will be around eleven miles long and take around ten minutes to go through for cars and trains. Currently, it takes about an hour by boat or a couple of hours to drive.

This seven billion dollar project will not lie under the seabed, but rather be constructed in hollow concrete sections to be placed in a trench dug into the Baltic Seafloor.  Fehmarnbelt is set to be operational by mid-2029, with construction on the German side not set to begin until mid-2022.