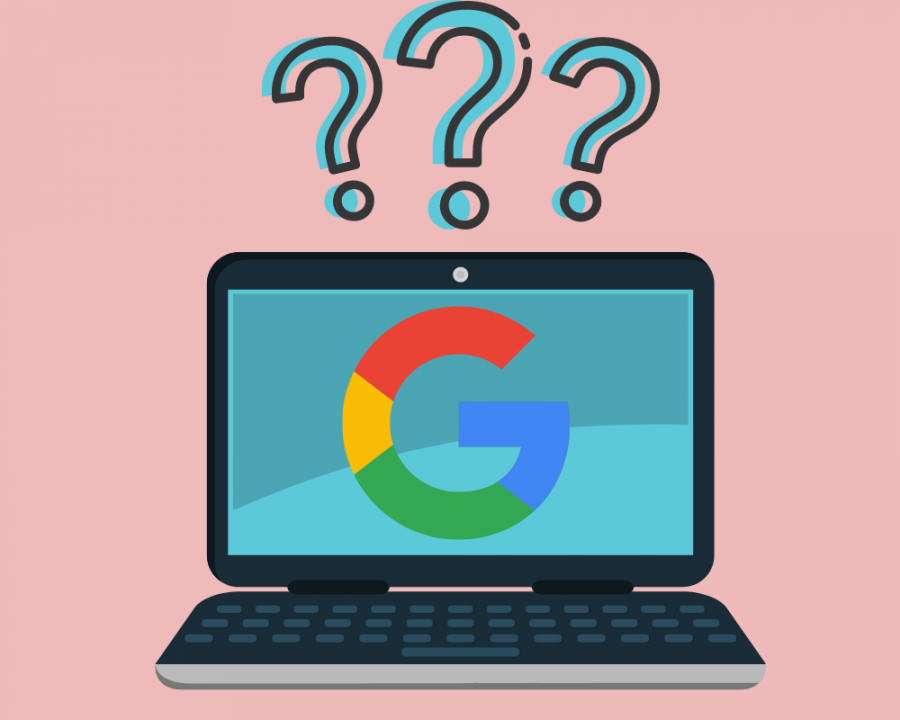 As several teachers were not prepared to use Microsoft Teams following the announcement, some of this week’s lessons may be taught through asynchronous instruction rather than synchronous or real-time instruction.

Asynchronous instruction means students do lessons on their own in Google Classroom instead of meeting online in real time in order to avoid further security breaches while Manual makes the switch to Microsoft Teams.

Manual teachers expressed their disappointment with the situation Wednesday morning.

Jill Bickel (AP English) shared a message via Google Classroom with her AP Language students. “We are cancelling all synchronous live classes today due to a security breach with Google Meet,” Mrs. Bickel wrote. “I’ll let you know any information as soon as I know more. Sorry, this stinks.”

Alesia Williams (AP English) told her R2 AP Language class that everything would eventually come together. “I had such a good first day with my classes yesterday and it makes me sad that I will not get to meet with my other three classes this week; however, we will get through this and come back strong,” Mrs. Williams wrote in a Google Classroom post.

Randolph Wieck (History) shared similar sentiments with his R3 AP US History class on Google Classroom. “Sorry for the change in plans, but Google Classroom is being switched over to Microsoft Teams, I believe, so our meeting today at noon is postponed,” Mr. Wieck wrote.

Across the district, many Google Meet classes were interrupted by unknown students logging on and playing loud music, yelling with profane language and showing pornographic sites and content. Manual was no exception to these distractions. 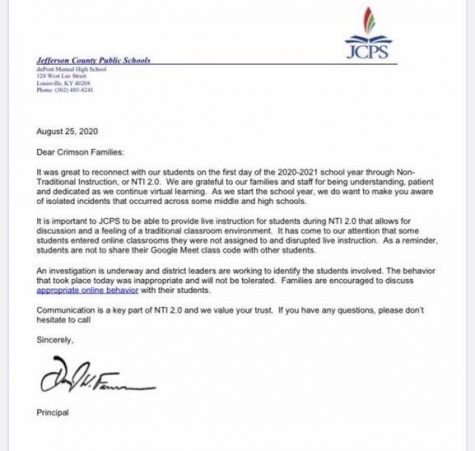 Mr. Testerman’s (Science) W3 and W4 classes were victims of these attacks on the first day of school.

Jon Perry, the father of a Manual student, turned to the PTSA Facebook group to report the issue. “Some kids [were] cussing at the teacher and not cooperating during a class of my daughter’s and the teacher stopped the class. Nothing was learned. Honors Biology white 3. This is not the Manual way,” Perry wrote.

Perry’s daughter Kansas (11, HSU) explained that students have been sharing class links on social media. “I don’t know who has been giving out the links, but they would have to be students,” Perry told RedEye.

She said that “students were using inappropriate language towards the teacher, interrupting him, and talking about irrelevant things.” Perry also mentioned that the intruders were sharing links to pornographic websites.

“Our teacher was trying to explain to us his background and, randomly, about three boys joined and they were all talking over him, making jokes, and just being overall annoying,” Bush told RedEye. “They stayed throughout the rest of the meeting, and even stayed after the meeting to flirt with girls and joke around more.”

Alina Cherny (10, HSU), who was also in Mr. Testerman’s W3 class, shared a Snapchat of some students playing music into their microphones during the Google Meet class.

“I was about to join class and then my phone started blowing up and my friends were saying our class is cancelled for the next two days. I was shocked,” Neil Chitre (12, Eastern High) said.

JCPS previously directed schools to use Google Meet as their NTI chat service due to concerns about Zoom’s security. After an obvious breach in the JCPS-appointed chat service, the district has opted for Microsoft Teams as their new software.

The district released an instructional video on how to use Microsoft Teams following their announcement Wednesday.

Google Meet only prompts the user for a meeting code, while Microsoft Teams allows each administrator to create their own custom meeting policy. This includes altering audio, content sharing and participant and guest settings. One customization an administrator can choose is whether the users stay in the “online lobby” or are accepted into the class.