Manual reacts to the results of the Breonna Taylor investigation 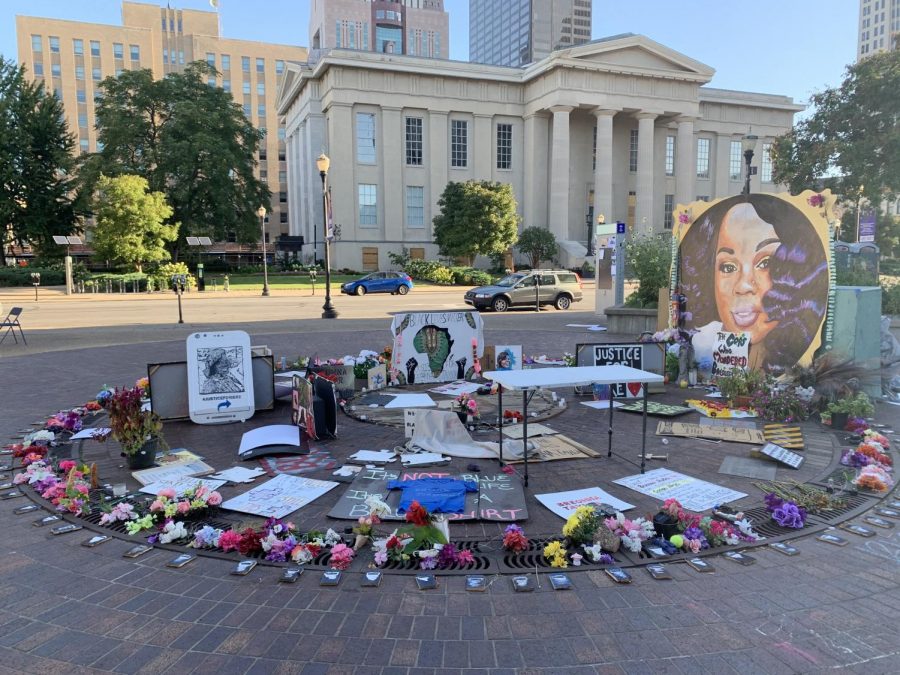 After he was indicted, the circuit court issued a warrant for Hankison’s arrest with a $15,000 cash bond.

This decision comes 194 days after March 13th, when police shot and killed Breonna Taylor in her apartment and nearly 120 days since the protests for her justice began on May 27.
What does this mean?
The charges against Hankison are three counts of wanton endangerment in the first degree, which is a Class D felony.

According to Kentucky State Law “A person is guilty of wanton endangerment when, under circumstances manifesting extreme indifference to the value of human life, he wantonly engages in conduct which creates a substantial danger or death or serious physical injury to another person.”

Hankison could receive anywhere from one to five years for each count, probation and/or a 10,000 dollar fine per each count.

These charges have no correlation to the death of Breonna Taylor but instead were filed as a result of the shots fired by Hankison into the neighboring apartment. A man, a pregnant woman and a child were inside.

The FBI will continue to investigate potential violations of federal law in the Breonna Taylor case.
How does this affect Manual?
Downtown Louisville shut down as of Monday with Louisville businesses boarding up their windows, several roads being closed off downtown and Major Greg Fischer invoking a 72-hour, curfew from 9 p.m to 6:30 a.m., starting today. Due to this, JCPS has canceled all sporting practices and events for Wednesday and early Thursday morning.

🆕 UPDATE | All @JCPSKY athletic events, practices, and games for today, September 23, are canceled.

Reactions from the Manual community
Many Manual students were not satisfied with the charges the court filed against Hankison.

“I think this is terrible,” Lauren Rowe (9, HSU) said. “Only one officer got something and the rest are literally off the hook. Her life was so valued, and she didn’t even get justice.”

Others were angry and confused.

“I don’t understand why only one officer was charged and none of the charges have to do with Breonna Taylor’s death,” Logan Bibby (12, HSU) said. “She was wrongfully killed and they should be held accountable for taking her life.”

Most were disappointed, but not surprised about the grand jury’s decision.

“When I read that they weren’t charging the officers who fired their weapons I was shocked, but at the same time I wasn’t,” Kansas Perry (11, HSU) said.

“I wish that I could say I was shocked by the decision to only charge Brett Hankinson, but given the way the entire case has been handled thus far, it’s not surprising,” she said. “The fact that the bail is only $15,000 is so wrong and unjust. Breonna Taylor’s life was worth more than $15,000.”

Parents in the Manual community found the announcement unsettling as well.

“Firstly, I’m thinking of her mother. Can’t feel like justice at all,” said Annette Mtangi, mother of Masara Mtangi (12, J&C). “Also, thinking of the job of the AG [Attorney General] to charge in a way that will meet the legal standard in order to get a solid conviction…the charge isn’t enough, in my opinion, morally.”

Kim Ryan, mother of Trey Ryan (11, HSU) and Patrick Ryan (10, HSU), was concerned about the logistics of the charges.

Other parents hope change comes from this announcement.

“I hope major changes are implemented where monies are put towards the connection between police and the neighborhoods they patrol,” said Anne Baker, mother of Lauren Baker (11, HSU). “I think that the phrase ‘defunding police’ is misunderstood. The money could be redirected into programs so that police are not seen as bad, but also the programs could teach police about implicit bias and how to overcome these biases that we all have.”

“I have no words for the egregious malpractice of justice that has held our city captive since Breonna Taylor was murdered in her home. I knew it was coming, yet I am devastated and deflated. I cannot wait to vote these animals out of office.” Mrs. Amy Ritchie (English) said.

Mrs. Sales (English) agreed and called for change at a national level.

“Though I’m not surprised, I am deeply disappointed in this indictment (or lack thereof). I believe that at the very least, there should have been charges filed that directly related to Breonna Taylor’s death instead of wanton endangerment,” she said. “But laws in our country were created to protect those few in power, not Breonna Taylor. Until our entire judicial system is overhauled, there will be no justice.”