Student athletes on kneeling for the National Anthem

Students athletes share their opinion on kneeling for the national anthem. 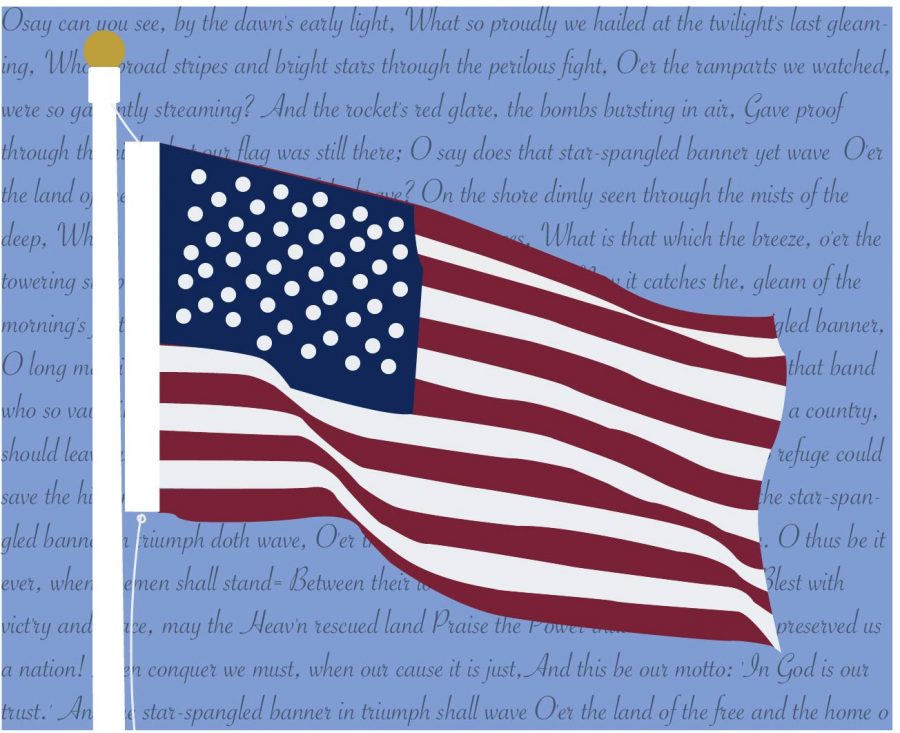 Although many had their doubts about sports starting back up in the fall, here we are, all fall sports for both high school and many clubs are in full swing.  While athletics and coaches gather in huddles before the game starts, explaining strategies and tactics, there’s one issue that many coaches have felt the need to address; will you be kneeling or standing for the national anthem?

Since Colin Kaepernick’s peaceful protest in 2016, there’s been a debate on whether people should kneel or stand for the national anthem. Recently, this movement has gained much more attention due to incidents such as George Floyd’s death in police custody and rising racial tensions within the country. The kneeling started with Kaepernick in football, but has spread all over the country to various other sports. For example, the LouCity FC soccer team has been kneeling in their recent games, and now high school sports are also taking part in this movement.

“Students that are members of our athletic teams are allowed to peacefully protest or not during the playing of the national anthem, which includes kneeling,” Athletic Director David Zuberer said.

Sofia Mitchell (12, Y-PAS), a captain on the girl’s varsity soccer team, has chosen to kneel this season. “This is the only soccer season where I have knelt,” she said, “I think in the past I was too afraid to because I knew no one else on my team was doing it. But especially with the things that have happened the past months I wasn’t going to let something dumb like that stop me.”

“Kneeling doesn’t directly help like donations or going to protest, but it’s something that every single one of us can do to remind everyone around us ‘We needed to keep talking about this and fix this problem,’” Mitchell said.

Taylor Cark (10th, VA), who plays on  Manual’s JV field hockey team,  has also chosen to kneel. She believes kneeling is a way to object to the injustice that is happening in Louisville. “I feel like it’s a way to show support for the movement and make a statement without having to attend the protest since my parents are worried I will get hurt if I attend them,” Cark told RedEye.

“It shows that athletes are bigger than the sport we play and that we truly care about things going on in society,” Chloe Drago (10th, HSU), a girl’s lacrosse player, said, “I also believe that when white people do it, that it proves that we have black people’s backs and that we’re here to support, listen, and uplift their voices.”

However, not all student athletes find kneeling as a positive and productive way to better the community.

“I think by not standing you are disrespecting the people who have died protecting our freedom,” Sam Deans (10th, HSU), a student on the swim team, said.

Juilette Cabral (12th, YPAS), a member of the marching band, decides not to kneel the for the national anthem for a different reason. “I don’t think it’s disrespectful to the flag or the nation and I believe it’s a very great form of protest. But I feel as if it’s not my place to make. a statement because I am white,” Cabral said.

Cark finds that when it comes to discussing different perspectives on the kneeling movement with her team, it can become a little uncomfortable. However, she thinks that with issues like this, teammates shouldn’t have to feel insecure with whatever decision they make.

“If we open the door to communication without judgment and have empathy for both sides whether they’re for or against kneeling I feel like we can turn a hard conversation into a not hard conversation,” Cark said.