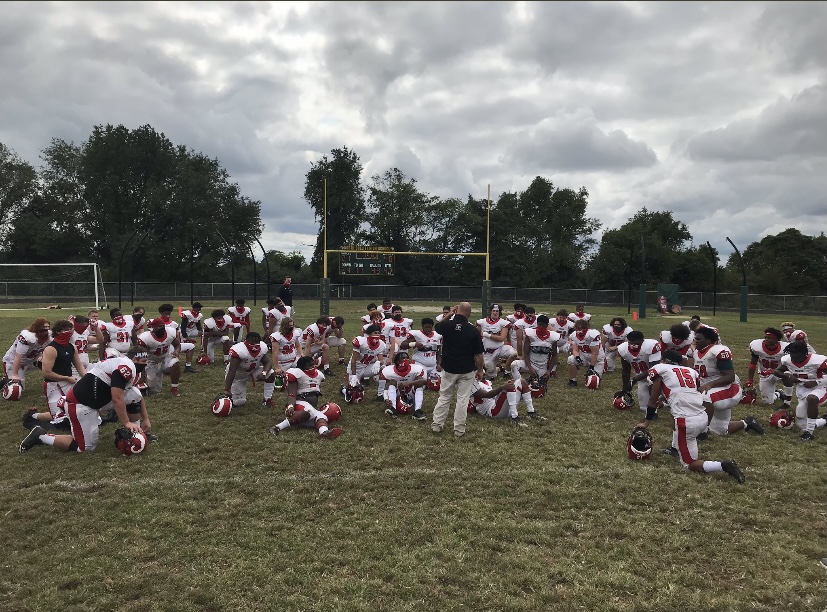 Cross Country:
Tuesday both JV and Varsity runners will compete in the King of the Hill tournament at Jefferson Memorial Forest. The first race will begin with varsity girls at 4 and the meet will end with JV boys at 6:15. The team will also participate in the Louisville XC Classic at Tom Sawyer Park on Saturday.
Field Hockey:
On Tuesday the field hockey team will travel to Male to play, Varsity begins at 5 followed by JV. The varsity’s next game will also be away at Sacred Heart versus Mercy at 7:30 after defeating them 7-0 last Sunday. The team’s record is currently 4-2 on the season.
Football:
After defeating North Bullitt 48-21 last week, the football team will host Eastern this Thursday kick-off is set at 7:30.

Boy’s soccer:
With their win against St. Xavier on Saturday, the boy’s soccer team now has a record of 5-0. For the team’s first game of the week, they will host Iroquois Monday at 6. Following on Tuesday, they will travel to Oldham County to play at 7. Their last game of the week will be at Male starting at 7:30.

Girl’s soccer:
The girl’s soccer team will kick off their week Monday traveling to South Oldham to play, varsity start time is 7:30. Next, they will host Central Tuesday at 6 and lastly play away against Bethlehem Thursday at 6:30.
Volleyball:
Currently, the volleyball team has a near-perfect record of 4-1 with a loss to Presentation. This week they will play at Seneca on Tuesday starting at 7. They will go on to play away against Eastern on Wednesday at 7.
Golf:
Boy’s and Girl’s golf will both have their regional tournament this week. The boy’s Regional Tournament will be Monday at Nevel Meade. The girl’s tournament will follow on Tuesday and take place at Seneca Park.