What’s happening in the world besides COVID-19?

What's happening in the world? 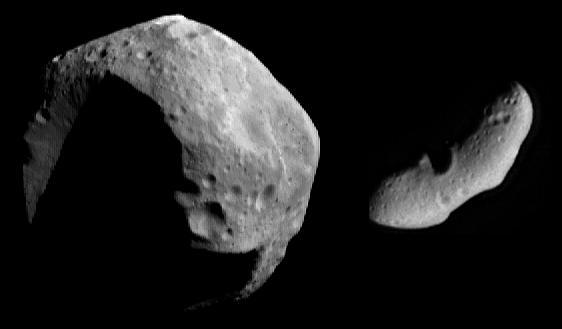 The continuation of NTI and constant press of how school districts will handle the pandemic has led students and many others to become deeply engaged with all and everything related to coronavirus. From monitoring cases and ‘zones’ to reading up on the latest CDC report, there exists an endless array of COVID-19 centered news.

However, while it’s important to stay informed, coronavirus isn’t the only news around.
Asteroids
Three different asteroids will be rocketing past Earth this week, with the largest one observed to be taller than the Leaning Tower of Pisa in Italy. These asteroids have all been carefully watched by NASA and classified as Near-Earth Asteroids.

Both of these asteroids have passed by almost 4 million miles from Earth’s surface, close but still considered a safe distance away. Due to their semi-major axes being larger than Earth’s, they’re considered Apollo asteroids.

The third and smallest asteroid, 2010UC, only has a diameter of 65 feet, but is expected to come the closest to Earth’s surface at around 3 million miles away. It will pass by Earth at 4:22 a.m. on Oct. 4, 2020. Since the semi-major axis is smaller than Earth’s, 2010UC is considered an Aten category.

None of the three asteroids to pass have been included in the European Space Agency’s Risk List.

One asteroid that does have a chance of collision is 2018 VP1, set to shoot past Earth on Nov. 2, 2020. NASA’s Center for Near Objects Studies (CNEOS) has cited that 2018 VP1 is just a little under 8 feet in diameter, but has a .41% chance of striking Earth. Fortunately, due to its small size this asteroid is unable to cause significant damage in the event of an impact.

Learn more about this asteroid here.
Myanmar
The Myanmar government has heightened their arrests of student anti-war demonstrators who have been protesting against the ongoing conflict in the Rakhine State. It’s estimated that around 20 students have been arrested for their peaceful protests, some even facing up to two years in prison. Many others have fled to hide from arrest.

Myanmar has seen virtually no peace since it’s establishment in 1948, between a military coup, cyclone and various civil wars. Check out a timeline here.

Even after the rise of a more democratic government and a ceasefire between the 16 rebel groups in 2015, ethnic violence, war crimes and overall civil unrest continues to plague the country. Most recently this includes the Rakhine State conflict, where war between the Myanmar government and the insurgent Arakan Army has led to 300 civilian deaths and the displacement of over 220,000 others. Rakhine is the poorest state in Myanmar, as well as home to the infamous Rohingya Muslim crises.

Students across Myanmar have been holding peaceful demonstrations and calling for democratic reform, using slogans such as “dictatorship must fail” and “oppose murderous fascism.” They want an end to the civil war and continue to call for peace.

The All Burma Federation of Student Unions (ABFSU), a group that represents all students across Myanmar, announced that arrested students were charged with breaching Myanmar’s Peaceful Assembly and Peaceful Procession Law. Under this law, organizers have to give the authorities 48 hours notice before holding any protest or assembly. Some students were also charged with breaching other indistinct laws that prohibit speech that could “fear or alarm in the public” or “lead others to upset public tranquility.”

Read more about this issue here.

California Wildfires
Over 4 million acres have been scorched, 30 people killed and hundreds more displaced in what   marks the worst fire season on record for California. The third and fourth largest wildfires in California’s history, the SCU and LNU Complex Fires, were finally contained this week, but not before they blazed for over 40 days and burned an area close to the size of Rhode Island.

Lightning strikes are the cited source behind many of the blazes, with climate change causing a drier and therefore more flammable environment. Over 8,100 wildfires have burned in California alone this year. Currently, the state has 17,000 firefighters battling two dozen.

Learn more about this issue here.

Featured Image Citation: “Eros and Mathilde” by NASA/JHUAPL is licensed under NASA Jet  Propulsion Laboratory. No changes were made to this image. Use of this photo does not indicate photographer endorsement of this article.