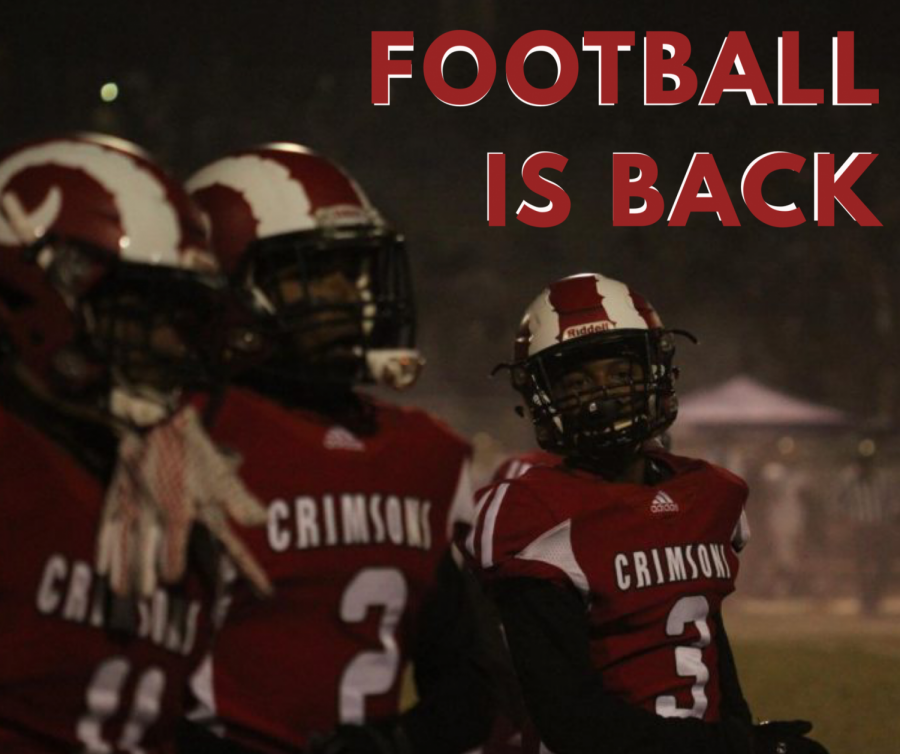 The Manual football team was forced to quarantine from Oct. 6 through Oct. 20 after a player tested positive for COVID-19, prohibiting them from a gathered practice game or practice for two-weeks.

A typical season for the Crimsons contains 10 weeks, but because of COVID-19, this year’s season only contains seven. Due to the team’s quarantine, their games against St. Xavier on Oct. 9 and Pleasure Ridge Park (PRP) on Oct. 16 were both canceled. The team will play their first post-quarantine game against Butler this Friday, Oct. 23 with a 7:30 start time.

Players were not pleased when they learned their already shortened season had become even shorter.

“I was very upset, it wasn’t right not being with my team while every other school got to,” Jawaun Northington (11, HSU) said. We were ready to play probably our biggest game of the season against St. X. We were all so pumped and ready but when we found out what happened, it was like time stood still.”

Ramont Townsend (12, HSU) also felt that the two weeks away were detrimental to the team’s morale.

“I feel like the two weeks that we had to quarantine set us back because of less practice and bonding with each other. We had already missed a lot [of games] at the beginning of the season with our first three games gone so taking away two more is huge,” Townsend said.

However, Jesse Sanchez (10, HSU) is optimistic about coming out of this two-week break.

“Being away from each other for two weeks is nothing to us, we are a brotherhood. Now we just have to use the chemistry we had two weeks ago as a team for this Friday,” he said.

Because of the two-week quarantine, the team will only have three practices leading up to the game.

“It’s definitely going to be tough, but that’s just another obstacle we have to overcome. We knew that this season wasn’t normal and that things were going to keep changing and we just have to make the most of it,” Northington said.

Eli Blakely (12, HSU), had prepared himself for the possibility of the season coming to an early end before the start.

“It definitely hurt, but I knew it [quarantine] would happen sooner or later,” Blakey said.

The short season adds even more difficulties for seniors trying to continue their football careers in college.

“We have 20 plus kids who are seniors on our team and trying to get scholarships to play at the next level but with only three games of film and not enough stats it makes it [recruiting] hard for us,” Townsend said.

As a whole, the football team did not have required set workouts to complete, but many practiced in their own way or asked Athletic Trainer, Taylor Zuberer for advice.

For example, Northington ran with a parachute and did cone and ladder drills in his backyard and Townsend ran hills at Shawnee golf course, different types of push-ups, sit-ups and dumbbell curls. Some members joined a zoom call and worked out together.

“Coach would always check up on us and tell us to keep our heads up and that nobody is stopping our train. Him saying that motivates everyone on the team,” he said.

Coach Carmony did not respond when asked to comment.