This week in Manual athletics Oct. 25-31 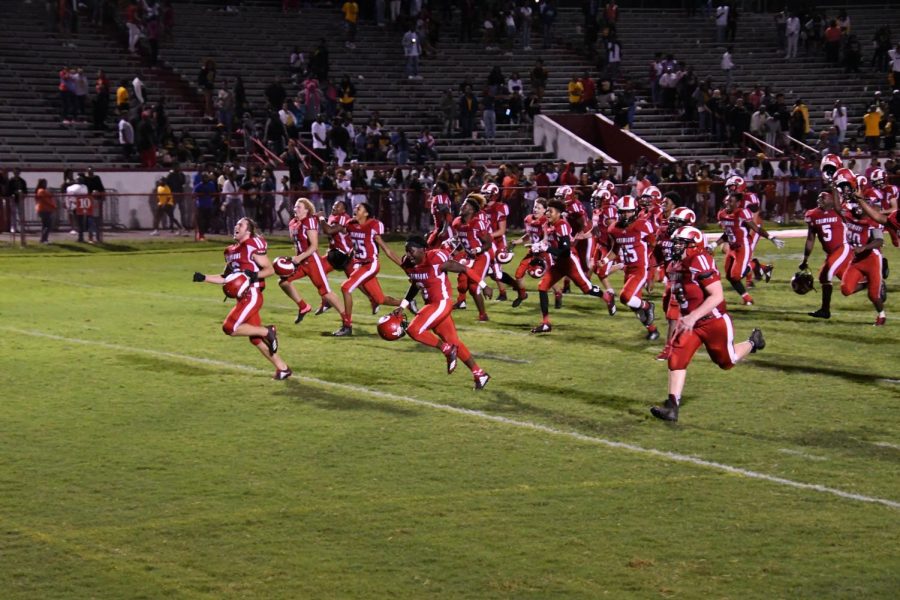 Manual's varsity football team runs to the end zone after winning 7-0 against Central in 2019. Photo by Pieper Mallett.

Girls win the 3AAA Region with 4 in the top 6 and all in the top 12! Now on to State! pic.twitter.com/UjV24KbogL

Field Hockey:
The Lady Crimsons lost 1-2 against Ballard Thursday in the State Quarterfinals. This season they finished with a 10-7 record including winning the 4th Region Championship.
Football:
Friday the Crimsons had their first game since quarantine versus Butler with a 53-0  win. The team was scheduled to play Male this Friday but was postponed due to Jefferson County being in the red zone. The finalized gameday and start time is TBA.
Girls’ soccer:
Last Wednesday the girls’ soccer team played versus Sacred Heart in the 7th Region Championship and lost 2-3 by penalty kicks. Overall, they finished the season with a 7-6 record.
Volleyball:
After defeating Presentation on Tuesday to win the 25th District Championship they will host Male for the first round of 7th regional play tomorrow (Monday) at 6.