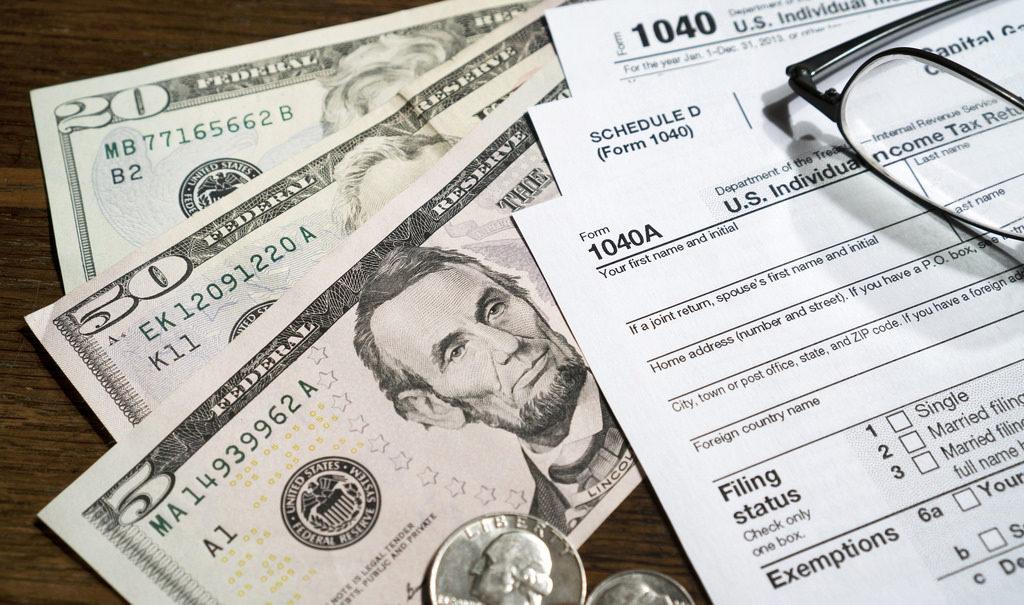 Taxes. Photo by Pictures of Money on Flickr, licensed under CC BY 2.0. No changes were made to the original image. Use of this image does not indicate photographer endorsement of this article. Image link: https://www.flickr.com/photos/pictures-of-money/16687016624

Early and absentee voters learned on Oct. 30, only four days before the official Election Day, that one of their votes had been nullified. The referendum against the JCPS Board of Education’s tax increase is featured on the back of each ballot, alongside two proposed constitutional amendments. Jefferson County Circuit Clerk Brian Edwards declared Friday, Oct.30, that No JCPS Tax Hike, the group who proposed the referendum, did not have enough valid signatures for the tax question to appear on general election ballots.

Jefferson County Clerk Bobbie Holsclaw verified that No JCPS Tax Hike had 38,507 valid signatures on their petition, more than 3,000 over the required amount, back in August.

However, JCPS and the Jefferson County Teachers Association (JCTA) challenged the No JCPS Tax Hike petition in court and brought in a third-party analyst. It was found that only 33,196 signatures were valid with the rest being either duplicate, of invalid voter registration or other errors. In order to qualify for the ballot, state law requires at least 35,517 signatures be obtained — 10% of the total votes in Jefferson County cast during the previous presidential election.

Since the hearing for this wasn’t until Oct.9 and absentee/early voter ballots needed to be printed and mailed in September, the referendum was included as a movement of caution. It would be easier for officials to declare something void than to have to reprint and resend ballots of new content.

All votes on the referendum will be retained but not counted, and going forward signs will be placed at voting sites detailing this new ruling. It’s noted that, while unlikely, there’s still a chance for the decision to be appealed, in which case any obtained votes will be counted.

The Board of Education approved this property tax increase on May 21, which will raise property taxes an additional seven cents per one hundred dollars (around an extra $70 a year for a $100,000 home), and generate net revenue of $54 million per year for JCPS. This would bring property taxes in Jefferson County to 9.5%.

The primary intentions behind this are to raise more money in order to build three new schools in the West End, renovate older school buildings and provide further resources to disadvantaged students; JCPS has an investment plan for the 2021-2022 school year.

Those in favor of the tax increase, such as the group Yes 4 JCPS, argue that more funding will provide better technology, higher quality education and overall better resources for students and teachers.

Yes 4 JCPS’ website states, “Our students have endured unacceptable gaps in achievement for a generation and those gaps are manifesting in an unbalanced workforce and inequitable quality of life in our community.”

The opposition argues that JCPS should be allocating their existing funds more wisely and not raise taxes during a pandemic, a time where the unemployment and poverty rates are inflated.

No JCPS Tax Hike’s website states, “We need leadership at JCPS that will support the teachers and ensure that one disruptive student is not allowed to disrupt the education of an entire class. This does not require more money. It requires leadership.”

No JCPS Tax Hike plans to appeal Edwards’ ruling and the organizer, Theresa Camoriano, has stated that her group intends to lobby the Kentucky General Assembly for a law change where any proposed tax increases from the school board would automatically appear on voter ballots.