The Electoral College: its history and problems 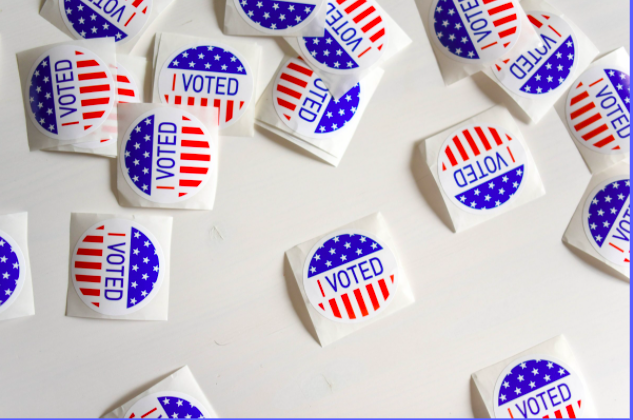 The Electoral College has been the key deciding factor in presidential elections dating all the way back to the creation of the Constitution. The Founding Fathers didn’t want citizens to directly elect the president but rather a set group of electors per state.

Since then, it’s gone through some minor changes and amendments, but overall the United States has virtually had the same election process since the beginning. This brings up a multitude of questions regarding its outdatedness and relevance in modern elections. New generations have stirred up the debate as to whether or not this election process should still be used to select today’s presidents, with talk of reformation or even the abolishment of it.

How does the Electoral College work?

Each state gets a certain number of ‘electors’ that are chosen by state legislatures based on the number of senators and representatives in each state; there are a total of 538 electoral votes. California has 55 votes, the most of any state. Alaska, Delaware, D.C., Montana, North Dakota, South Dakota, Vermont, and Wyoming have the least amount, with just three electors per state. The only states who don’t follow this system are Maine and Nebraska, who instead opt to use a Congressional District method; each district within the state gets one vote per district, and then the candidate with the most district votes is awarded the remaining two electoral votes in the state.

To win the presidential election, a candidate must earn a majority of electoral votes- meaning it’s a race to see who can get to 270 votes first. Even if a candidate wins the popular vote, they could very well still lose the election. This was most recently notable in the 2016 presidential election where Secretary Hillary Clinton won the popular vote by 2.87 million votes but only earned 232 electors, compared to President Donald Trump’s 306.

Why was this system put in place?

It may be confusing to learn that the candidate who gets the most votes from the people isn’t guaranteed to become president. There’s a couple of reasons for this, the first being population difference. The leader of a country needs to represent the entire country, not just the states or areas with the greatest population. Both parties have traditionally “red” or “blue” states that vote a certain way each election and when it comes to states like California (blue) or Texas (red), they can control a good amount of the popular vote. This system came about as a compromise to satisfy small states; a state like Wyoming would feel like their vote didn’t matter as much as a state like California or New York if it was a direct election rather than through electors.

Another Founding Father-era argument is that they believed a direct election wouldn’t allow the most qualified individual to become president; some founders, such as Alexander Hamilton, thought citizens would lack the information to make an educated vote.

While the reasoning for the Electoral College is legitimate to a degree, there are many things the founders couldn’t have anticipated that would become a problem; at that time, the system worked. However, a system created over 200 years ago is bound to have kinks in a 21st-century era.

First, the attempt to make sure small states are represented has arguably led to the overrepresentation of rural states. For example, each individual vote in Wyoming counts nearly four times as much as each individual vote in Texas. This is because Wyoming has three electoral votes for almost 580,000 citizens while Texas has 32 electoral votes for almost 29 million citizens.

Another issue the United States has run into is the fact that although a third-party candidate is unlikely to win the presidency, they can ultimately sway the outcome of the entire election. Back in 2000, a third-party candidate representing the Green Party came third in the popular vote, with 1.6% in Florida and 2.74% in the whole country; it’s argued that those Florida votes likely swayed the state from Democrat Al Gore to Republican George W. Bush.

The Electoral College also distorts the campaign trail and governance based on which states’ candidates need to win the election. In the election on Tuesday, both former Vice President Joe Biden and President Donald Trump have focused heavily on swing states that they know can sway the election in their favor — such as Florida, Arizona, Pennsylvania, and Wisconsin. They both have the common ambition of making it into office, so clearly, their campaign goals and policymaking would align to benefit such swing states.

So while smaller states are statistically overrepresented in the electoral college, these large battleground states are also favored as a result of the system.

The key issue in the Electoral College, however, has to do with the “winner-take-all” system that isn’t even mandated by the Constitution. First, this way of electing underrepresents minority populations such as women, people of color, third party voters and young people.  More than half the black population lives in the South, and of those 15 states, Republicans won 12 of them in the 2016 election. More than 80% of black voters identify as Democrats and their votes are being buried within the system.

Additionally, on average, whiter states hold more electoral power. In 2016, Secretary Clinton won by huge margins in racially diverse states such as California and New York, but that meant very little compared to the number of electoral votes she received. If you compare this to the fact that smaller states have more impact on the Electoral College than larger ones, it ties directly into the race issue; Wyoming is 84% white compared to California’s 38% white population. This dynamic lessens the impact of minority votes because of either black populations living in larger states that don’t get properly represented, or they’re nestled in urban communities of Republican-leaning states when most are not Republican themselves.

Race aside, a winner-takes-all system may also lessen someone’s motivation to vote in a state that doesn’t represent their political views. If someone is in a traditionally Republican state voting Democrat, it’s difficult to think their vote will count if electors are going to vote a different way anyway.

Unfortunately, despite the fact that the winner-take-all system is not mandated by the Constitution, states are opting to stick with it, as it gives them more power in each election. Nebraska and Maine have taken steps to shy away from this process, but it doesn’t look like any other states are changing anytime soon.

It would be even more difficult to get rid of the Electoral College completely; since it is in the Constitution, it would require a Constitutional amendment. That would mean ⅔ of the Senate, ⅔ of the House and ¾ of the states would need to want to abolish it. That position is unlikely to be shared by smaller or Republican states, so, in a sense, we’re stuck.

There have been strides in the right direction. A pact called the “National Popular Vote Interstate Compact” has 15 states’ signatures. This pact calls for each state to award all their electoral votes to the candidate who wins the popular vote in their state. This would mean that 36% of the electoral votes in the country would follow this design.

Even though the system will stay the same through this next election, there’s always room for change in the clearly flawed process of electing the president; reform is necessary and important for equal representation in our country.