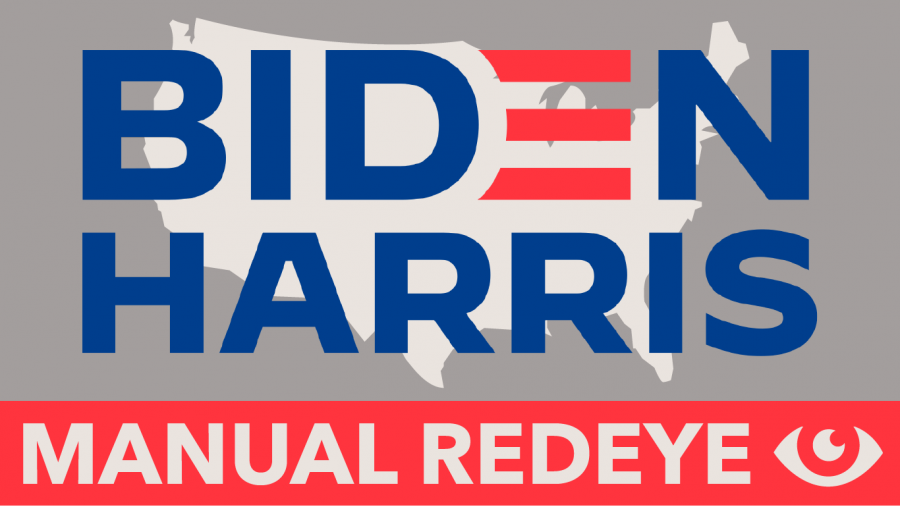 Joe Biden will be the 46th president of the United States, CNN projects, after a victory in Pennsylvania puts the Scranton-born Democrat over 270 https://t.co/og62ckK5r5 #CNNElection pic.twitter.com/gEEzy1wsdz

The New York Times, the Associated Press, NBC, Fox and the Washington Post have also called the race in favor of Biden.

With the last crucial call made at 11:31 a.m., Biden was able to secure a win in Pennsylvania, pushing him over the 270 threshold.

This comes after a long and drawn-out ballot-counting process across several battleground states due to an overwhelming number of mail-in and absentee ballots in states such as Michigan, Wisconsin, Arizona, Pennsylvania, Nevada and Georgia.

As of now some of these states still haven’t been called including Georgia, which will likely have a recount.

Besides Pennsylvania, Biden was also able to flip Michigan and Wisconsin blue after being red states in 2016.

After claiming a false victory late Tuesday night, Trump does not plan to concede, but instead sue for recounts in multiple crucial states for both candidates, according to the New York Times

Trump posted this official statement on his website, claiming he and his team will begin prosecution starting Monday: 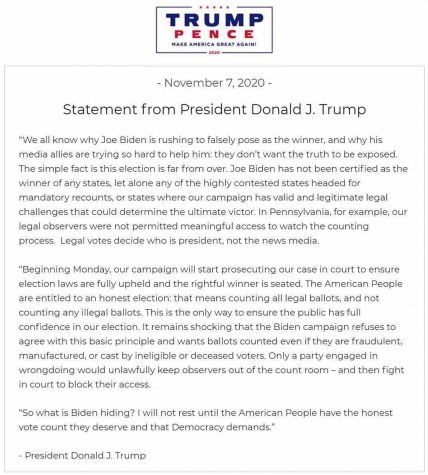 Biden, on the other hand, proposed a number of plans to tackle prevalent national issues including a COVID-19 response plan, implementing his “Job and Economic Recovery Plan for Working Families” and providing every American with affordable healthcare.

In his COVID-19 response plan, Biden assures the American people that he and Vice President Kamala Harris plan to “Listen to science, ensure public health decisions are informed by public health professionals and Restore trust, transparency, common purpose, and accountability to our government.”

Biden and Harris list these plans and others including “The Biden Plan to Build Back Better by Advancing Racial Equity Across the American Economy” and “The Biden Plan to Build a Modern, Sustainable Infrastructure and an Equitable Clean Energy Future” on their website.
Manual Community Reactions
Many Manual students are relieved and happy that Biden won the election.

“I am extremely happy with these results because Biden doesn’t discriminate things like LGBTQ+, the BLM movement and so much more,” Lucy Mclean (9, HSU) said. “I also hope he will get us out of this pandemic sooner than later, and I think he will.”

“It’s just a great relief not to have to worry about certain stuff. Not that there’s not more work to be done, but with worrying about healthcare and the economy I feel a lot better that we have someone competent coming into the presidency,” Landon Vandergriff (12, YPAS) said.

“I am thrilled and I have this feeling of peace and unity for our nation,” Baker said.

Some alumni aren’t ready to sit comfortably just yet, however.

“We still have two months before inauguration for Trump to rally up his white supremacist militias and uphold a fascist coup or perhaps a genocide or civil war. Be safe and mindful,” Aliyah Grant (Class of 2014) said.

Many people who supported Biden said he wasn’t their ideal candidate.

“I’m happy that he (Joe Biden) won over Trump because I believe he’s much more qualified for his position, however, at the end of the day I feel that I simply settled for a President who does the bare minimum. I have high hopes for change, but I doubt it is going to actually happen,” Kennedy Hampton (11, HSU) said.

“I am relieved that he won, though he wasn’t my original candidate choice. I don’t believe that the world could have handled another four years of Trump,” Annie Heicken (9, J&C) said.

“Biden wasn’t my ideal candidate, but anyone other than Trump was enough for me. After the havoc Trump has wreaked on this country, I feel like anyone would have been a better candidate. Biden seems to have a more serious approach to handle COVID, climate change, and other science-based problems Trump chose to disregard,” Laila Hayes (12, MST) said.

But overall, Manual’s population seems to approve of the President-elect.

“I feel an immense sense of relief and am hopeful that Biden’s administration will address the dire issues our country is facing in a responsible, intelligent and equitable manner,” Jill Bickel (English) said.

“I’m happy Americans believed we needed a change in national leadership. I’m optimistic about the role Biden can play in calming our nation down,” Jacob Jury (Math) said.