What’s going on in Kentucky besides COVID-19?

Stories outside the pandemic 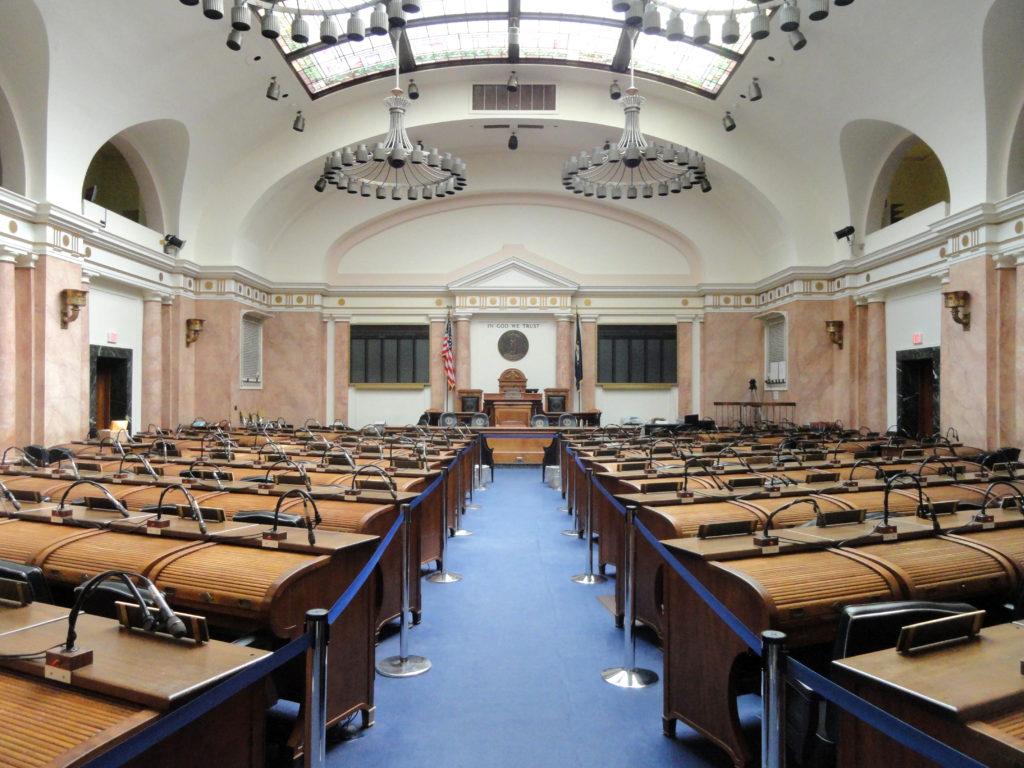 Mammoth Cave National Park hosts the largest known cave system in the world, with over 400 miles of mapped underground passageways and rooms. The rich expanse of limestone caverns have been known to host many fossils such as ice age animals. Park officials knew that some shark teeth in the limestone were exposed but had never imagined the extent of what they would find during this expedition.

According to the National Park Service, this is one of the most diverse Mississippian Period shark faunas in North America. The Mississippian Period, part of the Paleozoic Era, is used to describe the time period between 358.9 and 323.9 million years ago. It may seem odd that shark fossils were found in a landlocked state, but all those millions of years ago, Kentucky was completely covered by shallow sea. This is also the period in which the cave system began to first form.

The Mammoth Cave National Park Shark Fossil Research Project has helped researchers get a bigger picture of life in Northern America during the Mississippian Period. This is the first discovery that documents the presence of sharks in this time frame.

In particular, Hodnett was excited about finding parts of shark skeletons, as typically cartilage doesn’t survive fossilization. Shark teeth, on the other hand, are one of the most common fossils on the planet, as the bone and enamel preserve well.

Most of the fossils discovered have been in remote locations that are off-limits to visitors on cave tours. However, this material is being recorded and copied for park exhibitions.
Appalachia
Five different houses of worship in Kentucky have united to help forgive medical debt for those in the Appalachian area of Kentucky and surrounding states. They call themselves the Commonwealth Forgiveness Project and have raised over $15,000, with a goal to reach at least $35,000 by Dec 31.

By working with RIP Medical Debt, they’ve been able to convert the $15,000 into $1.5 million. Through this national program, every $1 donated becomes $100. Donations are used to buy large bundles of medical debt which are then forgiven with no tax consequences. Former debt collections executives Craig Antico and Jerry Ashton started the program back in 2014; today they’ve helped forgive $2,689,616,823 worth of medical debt.

Appalachia represents the poorest and one of the least healthy regions in Kentucky. According to the Population Reference Bureau, one in four residents in Central Appalachia lives below the poverty line, including one in three children. Almost 11% of all Appalachian residents in Kentucky are not covered by health insurance. 23.3% of Kentucky Appalachians are reported as having a disability compared to just 15.1% of non-Appalachian Kentuckians.

The Commonwealth Forgiveness Project was started by St. Micheals Episcopal Church of Lexington, Central Baptist Church of Lexington, First Presbyterian Church of Lexington, Temple Adath Israel in Lexington and Union Church Berea. They hope individuals, other houses of worship, clubs and businesses are inspired to bring love and be better neighbors.
Kentucky Chamber of Commerce
The Kentucky Chamber released its 2021 Federal Priorities on Thursday, Nov 19, with focus areas including but not limited to COVID-19 relief,  immigration reform, education, healthcare and cybersecurity.

The Chamber is not a federal agency or part of the government but rather a business association that advocates for companies and industries of all sizes across Kentucky. The grassroots network has over 25,000 members, ranging from everyday small business owners to company stakeholders such as Humana. Their goal is to create a flourishing economic climate and advance Kentucky in education, health and wellness, energy, government efficiency and global competitiveness. Their motto is, “Uniting Business. Advancing Kentucky.”

The Kentucky Chamber does not have a direct say in government, but the organization has relationships with individuals in the federal delegation. They are a faction of the U.S Chamber of Commerce, which is the largest lobbying group in the United States.

The 2021 Federal Priorities list areas where the Chamber has agreed they want to see improvement and cites specific policies they either agree with or oppose. This is the outline of what they’re looking to support next year.

One such advocation lies under the “Health Care” section, where it’s stated that the Chamber supports, “restoring the 40-hour workweek [within the ACA]…” and opposes, “cuts on the federal level to Medicare and Medicaid programs and would support efforts to improve affordability and access for beneficiaries.”

This particular edition focuses on but is not overwhelmed by how to provide relief from COVID-19. Main concerns include keeping Kentuckians safe while also finding ways to help businesses remain open and afloat.