OPINION: Why the left and right don’t understand each other 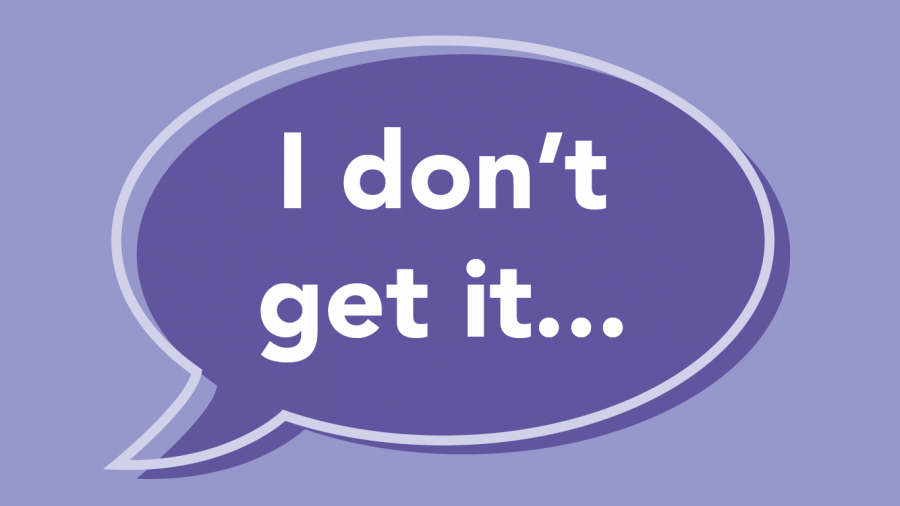 Politics are becoming increasingly polarizing. That shouldn’t surprise most people reading this, at least in the United States. I’ve talked before about why the differences in what people are given as the truth by the internet are detrimental to discourse in the past, but today the focus is on something related, but distinct. That would be the fundamental reasons why the left-wing and the right-wing of the political spectrum have such a hard time understanding each other’s arguments.

To put it into simplest terms, people on both the left and right often assume that we are working from similar basic understandings of the way the world works and should work. In reality, that’s not always the case. Let’s look at an example. I heard it said once that the American people began to turn against the wars in the Middle East because they weren’t decisive victories. Americans tend towards an appreciation for the overwhelming victory, issues in the real world presented like a sports game where each side scores points, and one eventually wins. This idea is often even reinforced by our presidential elections: We love having a definitive victor on election night, and electoral votes are presented on a map like points on a board game. Certain states get you more or less and are harder to win.

I believe that this absolutism might be one of the most fundamental reasons why the left and right disagree so frequently. We often hear rhetoric from the left about reducing poverty, reducing gun violence, improving average standards of living. But these goals often don’t present something that, to the American psyche, seems like a quantifiable victory. We want to eradicate mass shootings in America, but we rationally know that they will never be made fully impossible. Even in countries with much stricter gun laws, shootings still occur. Raising the minimum wage will make life better for many people, but it will make it marginally better for the individual person. These positive changes would affect many people, but on the individual level, the changes would be fairly small. These few bucks an hour would make the situation for one person go from barely making ends meet to bearable, but over thousands or millions of people that is still a largely positive development. So with this principle of all or nothing, as long as some shootings still happen, or some people still live in poverty, some Americans will view these reforms as pointless or a half-measure.

There are other factors at a base level that people in America often disagree upon as well. As alluded to the last paragraph, conservatives tend to focus more on individuals than groups. If there is any way for a bad person to get a gun, it would follow in this line of thinking to extrapolate that any bad person could still possibly get a gun.

There is also a dichotomy present between what guiding systems of American life a person values more: capitalism or democracy. In this context, I present capitalism as the guiding principle that everyone already has a similar starting place in life, and hard work is what betters a person and their place in the economic hierarchy of a pre-established, and mostly static, system. I present democracy as the guiding principle that the conditions people start life in are often unequal, and that to remedy this it is necessary to reform the system.

To simplify: conservatives tend towards believing that the existing systems, not only of government but society and life in general, are already mostly fair and that most dramatic changes risk destroying the system. Liberals tend towards believing that the system is flawed and unequal, and that dramatic changes are necessary to present the system from self-destruction.

Let’s look at a phrase central to the idea of the American dream and how the political sides of the US might interpret it. That being: “Anyone can make it rich in America.” A necessary addendum to the phrase follows. “… but everyone can’t.” The common conservative might argue that the key to making it rich in America is hard work. If you study hard and work hard, anyone can make it to the top, become a millionaire, but not everyone can be rich because that’s just not how the concept of being rich works. The common liberal might argue that anyone can make it rich, but it’s substantially more difficult for some groups than others. Hard work being recognized and rewarded is still often dependent on opportunities to learn, opportunities for employment, and not everyone is going to have those readily available. People of color, people in worse economic conditions, immigrants, women, people outside the gender binary, and more commonly face extra barriers to entry for succeeding in the way that many white straight men have. Yes, not everyone can be rich, but everyone can be richer.

I don’t bring up any of these points to express that one side or the other is wrong, but rather to try and draw attention to some of our preconceptions about the world views of people around us that are not always correct. Both sides have points, and both have flaws in their lines of reasoning. The left can be too idealistic at times, eager for changes that can’t be supported by the realities of the current situation. Conversely, conservatives can sometimes be reluctant for any change, even positive change, for fear it will upset the system. Conservatives can believe that societal problems cannot meaningfully be addressed when they can, and liberals can believe that societal problems can be easily or nearly totally solved when they cannot.

All in all, we often don’t understand one another because we make assumptions about each other and our basic world views that aren’t correct. We have different priorities and basic guidelines for thinking. The key to meaningful change and political discourse is understanding this, and then adapting accordingly, not to necessarily change other people’s minds, but to make a meaningful compromise with one another by understanding why those who disagree with us think differently, and how our world views can overlap and support one another instead of eradicating one another. Critical to the advancement of meaningful discourse and national stability is that we each take into account how and why our opinions differ.