The Manual community after nine months in quarantine 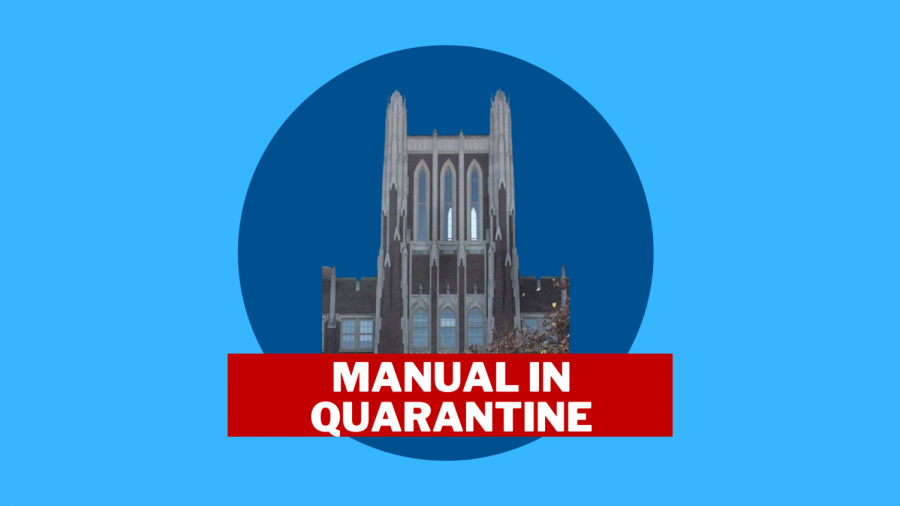 After schools closed on March 13, the Manual community had to adjust to online school and isolation from others. Initially, it was projected that schools would be closed through April 6. Unfortunately, due to the rising number of COVID cases, JCPS has still yet to return to school. After being in quarantine for almost ten months now, everyone has felt the effects of staying isolated for almost a year.

For some, quarantine has caused a major disruption to their high school experience. For Juliette Cabral (12, YPAS), her entire senior year has been changed. “Juggling my struggling mental health, the hundreds of assignments I have, and applying to colleges I’ve never even had a chance to visit. I also lost my senior year of marching band and I can never get that back,” Cabral said.

For others, the lack of social interaction has been the most difficult. For Aiden Clark (11, MST), the switch to a fully virtual world has been hard to adjust to. “My experience has been really horrible. I’m not able to see my friends and everything feels so virtual. The most difficult part of quarantine for me is having to stay socially distanced from everything and everyone,” Clark said.

For many students, quarantine has strongly hurt their mental health. “Quarantine was really difficult for me at the beginning, I suffer from anxiety, seasonal depression, and signs of PTSD. I got frequent panic attacks that could take hours for me to recover from. My mom also works 12-hour shifts so I was home only for most of the summer, which became isolating,” Story Napier (10, HSU) said.

However, some good has come out of quarantine. For Meredith Snyder (10, J+C), growing up in an age of technology has been very helpful for connecting with friends. “I have made new friendships with classmates at Manual, often I have long FaceTime calls with friends and it’s nice to hear at least one, if not two or three people’s voices each day,” Snyder said.

While quarantine has affected many people’s mental health, it has also given them the opportunity to get the help and support they need. “My mental health has dramatically improved, I started therapy and I went from daily panic attacks to not having any in 2 months. I feel so much happier with my life and I’m in a place to help others,” Napier said.

It’s also given people the opportunity to become closer with family. “I’ve had a lot of time to hang out with my younger brother. We’ve gotten a lot closer,” Allison Durand (12, YPAS) said.

With the introduction of a new vaccine, the prospect of returning to in-person school is on the horizon. Many Manual students would favor returning to school, as it would benefit their mental health by giving them a chance to see others outside of isolation.