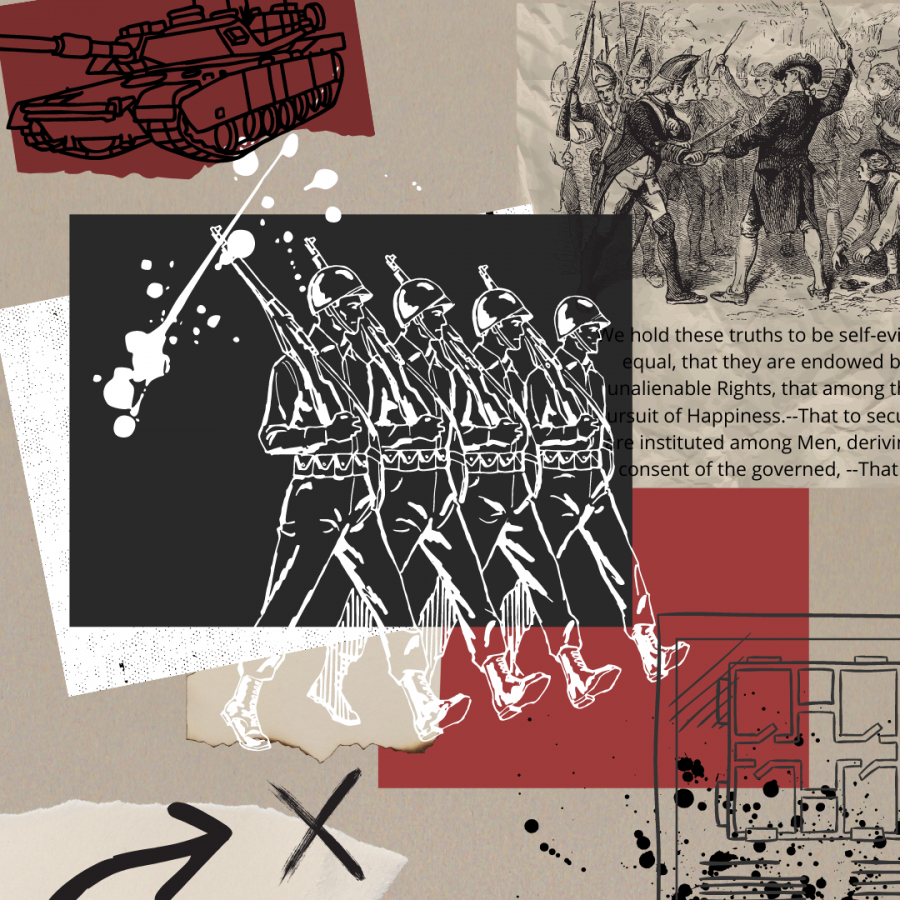 Is a third world war inevitable? For over 75 years, the world has been filled with peace characterized by a lack of direct military contact between superpower nations. Since the conclusion of World War II, the power balance in the world has fluctuated, as colonies gained independence and economies were bolstered. However, the peace enjoyed by the globe at large may be beginning to wear thin, as China’s expansionism clashes with the freedoms of American democracy and possibly starting a conflict as large as World War II.

Taiwan, an island nation off the coast of China, has had clashes with mainland China ever since its inception. After the Communist Party conquered the entirety of what we know today as modern China, the previous regime (Republic of China) was able to escape and continue ruling on the island we know as Taiwan. Communist China has threatened to invade Taiwan ever since its creation, but according to BBC, the Chinese government has ramped up their military in recent months, even performing military exercises in the Taiwan Strait. We, the people, must do our part to halt China’s expansionism, by calling on our government to seek cooperation with China. If not, several destructive scenarios could take place that would threaten the freedom of our democracy.

If China wants control over Taiwan, why are they so hesitant to invade? It is American intervention that keeps them from annexing the island. Federal responses to Chinese expansion attempts have been very serious in the past, and under President Eisenhower, the United States even threatened the use of atomic bombs. Taiwan is a republic caught in between many totalitarian states, like China, Russia and North Korea. Because of this, the United States sees Taiwan as a bastion of liberty in a continent of dictatorship and wants to protect it just like South Korea, another free republic. The U.S. also seeks to use it as an Asian trading partner and naval base to counter other Chinese expansion attempts. As you can see, three-quarters of a century’s worth of peace between superpowers could be shattered if China and the United States come to blows over this island nation. If peace is not resolved between Taiwan, the U.S. and China, we may live to see a third World War.

Record-high tensions with China and Russia, and a closer bond with Taiwan have been hallmarks of the outgoing Trump administration. During Biden’s presidency, I do not expect many changes in America’s stance on Taiwan. While President Biden was in the Senate, he supported the Taiwan Relations Act which allows the U.S. to supply the island nation with munitions and support them in a time of war.

If China were to invade Taiwan and the United States were to declare war on China, this might be the sparking point of a third world war. In this scenario, China would form a coalition with both North Korea and Russia, both of which have sought to undermine the United States since the Cold War. This new axis would attempt to gain revenge on the United States for their Cold War victory, and attempt to undo American progress. An invasion of South Korea during this world war would be imminent, which is a republic propped up during the Korean War by the U.S. and despised by the communists. The Asian axis’ invasion of South Korea could take anywhere from a month to years, depending on how prepared the West is when it comes to defense. The North Atlantic Treaty Organization (NATO), is an alliance dedicated to aiding other member countries at war. It could be predicted that most of Western Europe would aid the U.S. in some way, while Eastern European members of NATO would be hesitant to help the U.S. due to Russia’s proximity to their nation.

Alaska’s proximity to Russia would easily be the first point of invasion, as Russia would be eager to re-annex land that they once owned hundreds of years ago. However, this advance would be as far as the Asian axis could reach, because to reach the United States, a massive naval landing would be in order, which would take upwards of a few years to plan. In addition, if Alaska fell to the opponents, Canada would take on policies of appeasement towards the Asian nations in order to prevent them from conquering Canada to reach the United States.

Nuclear warfare would most likely not occur during this war, due to a widespread understanding of its devastation. China, North Korea, Russia and the U.S. all have nuclear weapons, but American islands in the Pacific Ocean would use their anti-missile defenses to shoot down the threat before it endangers the mainland. However, a new kind of warfare would arise: space warfare.

I’m not referencing Star-Wars-esque laser blasters. The Asian axis would construct rockets capable of reaching space and destroying American defense, internet, and communications satellites. After all, China has already been developing technology that could be used for this purpose. This would be the only feasible way of the Asian coalition being able to force America into surrendering without setting foot on American soil, as this would change almost all of American communications and way of life. The U.S. would also attempt to do the same for Chinese and Russian satellites, leading to a miniature space race.

The war could only come to an end in a select few scenarios, the first of which might be less likely due to circumstances discussed below, but is possible. For the U.S. to win the war, the U.S. and allies must be able to best the combined Asian militaries and completely occupy two out of three nations in the coalition, which would put pressure on the third to surrender. A second scenario is the worst overall for America; if China mounts a massive naval invasion, bests the U.S. Navy and is able to occupy all of America. The third and final scenario would be that the war stalls out after several years of little being accomplished. As there is nothing getting done and/or thousands of soldiers dying on both sides due to failed naval invasion attempts, a rocky peace emerges as attacks stop occurring. We can count on the annexation of Alaska by Russia, South Korea by North Korea and Taiwan, and other Pacific islands by China, who has been itching to conquer them (similar to Taiwan’s situation), and these annexations would be enforced during this new peace. Being weakened by the loss of two allies and embarrassed by not being able to win this war, the U.S. relinquishes its role as the most powerful nation in the world.

According to Statista databases, combined, this hypothetical Asian axis would contain 4,476,628 military personnel, compared to the United States’s 1,400,000 if the war broke out this year. Even with foreign aid, the U.S. couldn’t stand up to the Asian militaries combined, meaning the war would be nearly impossible for America to win, even with many European allies.

While the U.S. has played hardball with China in the past, we should not threaten China or put the squeeze on them to prevent them from invading Taiwan. The Chinese government and people have already been known to have extreme anti-American sentiment. This would most likely make a direct threat or sanction backfire, and worsen Chinese-American relations. To end the crisis over Taiwan, the U.S. must cool down this situation. By striking new deals with the Chinese Communist Party and essentially resetting relations with China, we may be able to give them a fair compromise for Taiwan.

To avoid this WWIII scenario, average people must make a stand. We are not powerless in this situation; we can write to our United States Representatives and Senators and express our concern. The Constitution makes it quite clear that the Congress has the exclusive power to make war declarations and send our troops abroad. Our lawmakers can present new compromises to China, but a grassroots campaign may be needed to bring it about. In order to keep a third World War from occurring, informing others about these issues is key. All of us must make sure that China and America compromise over Taiwan, because if not, the effects could be disastrous and lead to irreversible damage for not only this country, but for humankind alike.