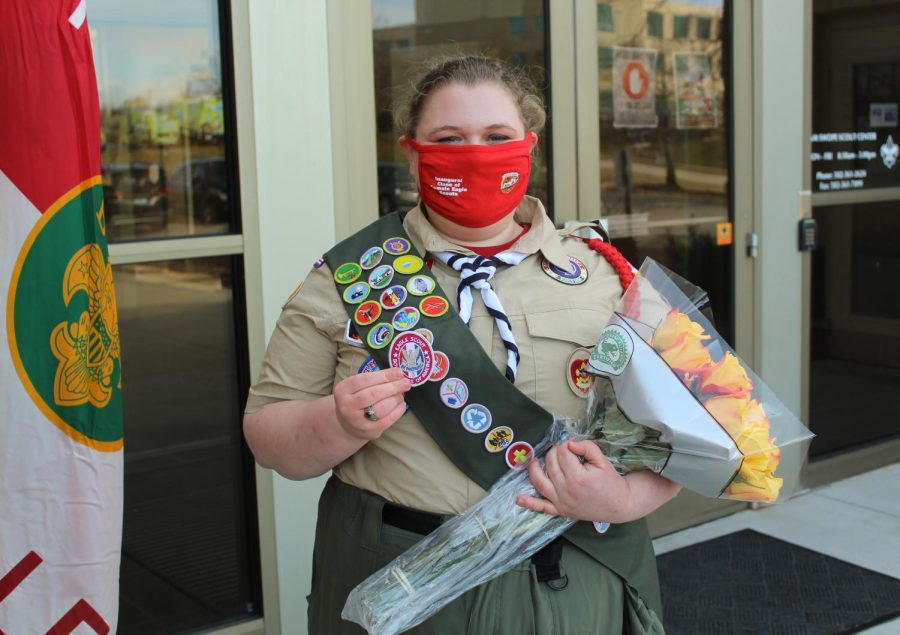 Scouts BSA, previously known as Boy Scouts, first began admitting girls in 2019. The first inaugural class of female Eagle Scouts in the nation is now being recognized after two years since they were allowed to join the program.

Cabral officially joined Troop 30 of Scouts BSA the first day girls were allowed on Feb. 1, 2019. Before that, she was involved in other similar scouting organizations like Girl Scouts and American Heritage Girls. She looked up to her brother, who was in the Scouting program at the time and saw him doing high adventure activities that she didn’t feel that either of the female-exclusive scouting programs offered.

When Cabral reached high school, she was able to join the Boy Scouts’ Venturing group and take part in the National Youth Leadership Training (NYLT), a major part of her scouting career.

Cabral had to complete many tasks to earn Eagle, including earning merit badges for various activities, conservation projects and her Eagle project, where she built and delivered 22 beds to Louisville children in need and created more than 30 additional bed kits that are available when necessary. Most boys have seven years to earn Eagle between the ages of 11 and 18. However, since the girls have only been in Scouting since 2019, the inaugural female class only had two years to earn it.

“It was very condensed and it made it really difficult. And you really had to stay motivated and on top of things to be a part of that inaugural class,” Cabral said. She notes she found motivation through being with her friends and fellow troop members.

COVID has also posed a significant obstacle for Cabral and other scouts when trying to earn Eagle. Getting the numbers needed for an Eagle project while following COVID protocol by social distancing and serving foods pre-wrapped made it more difficult than in previous years.

Regardless of obstacles, to be able to reach Eagle after years of multiple scouting programs and to stand with the other two Eagle Scouts in her all-girl troop means the world to Cabral.

Cabral noted she experienced occasional instances of sexism as a girl in a male-dominant program.

Cabral recalled one of the troop’s first meetings where the girls competed with the boys in a cooking competition. After the girls had won, she remembers looking around and seeing the sheer unhappiness on the boys’ faces. She knew that Troop 30 was going to have to face several struggles as the Boy Scouts transitioned to Scouts, but she smiles at the thought of inspiring other girls to do the same.

Carrie Dewey, Cabral’s assistant troop leader, feels blessed to be able to witness three girls from her troop reach Eagle, not only as a mother of another scout but also as a woman.