BHM: Redefining what it means to be Black 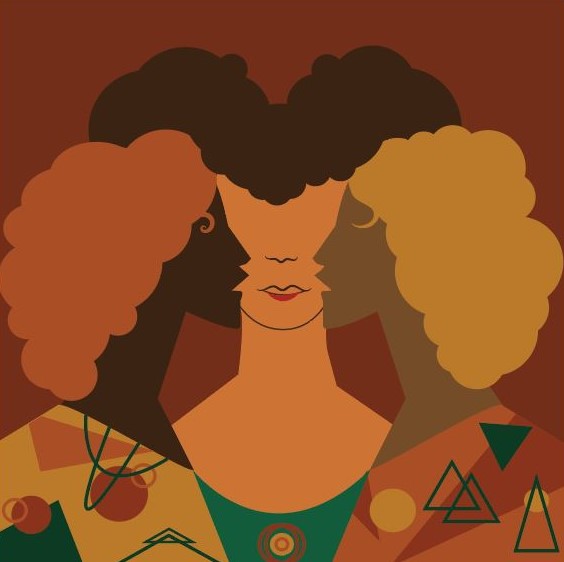 Students share the experiences with identity, race and it's importance.

Black people and Black history will continue to echo through the remainder of the year until the next February celebration, as this year’s Black History Month begins to draw to a close.

The shortest month of the year is taken to celebrate the trials, tribulations and triumphs of Black ancestors that fought and resisted in order to give future generations the freedoms that they could only dream of.

The fight still charges on as old issues take on new uniforms, such as corrupt legal practices, police brutality, mass incarceration, residential poverty and impediments for higher education resources. However, Black people have risen to the occasion, overcoming the barriers put in place to try and stifle their success. With each new struggle comes new strength and determination, finding power in unity and ways to change the system. That’s certainly something to be celebrated and not just during one month.

The beginnings of this historical celebration started in 1926 and was originally known as ‘Negro History Week’, created by historian Carter G. Woodson and members of his Association for the Study of Negro Life and History.  The week of celebration was chosen to take place during February, in accordance with the birthdays of both Abraham Lincoln and Fredrick Douglass, acknowledging their supporting efforts for the African American community.

Negro History Week quickly became a phenomenon following its commencement. It became a learning opportunity for both young and old alike to learn about the leaders that paved the way in many aspects and professions. The week highlighted African resistance movements, connections to indigenous art, writing forms and years later the details of the Civil Rights Movement.

President Gerald Ford extended Negro History Week into Black History Month in 1976, after he saw just how successful and beneficial it was for the country. More recently, it has been recognized as African American History Month, since much of the celebration pertains to events and accomplishments specific to American history.

Unfortunately, due to the African Diaspora, ethnicities, nationalities and borders have separated Black people from their original roots and cultures. This separation has created division between African Americans and other Black people, making it difficult to form connections because of varying experiences and lifestyles.

Black culture in the Dominican Republic, Grenada or Haiti  will differ from the Black American experience, due to greater American access to education, food, employment, legal and government resources. This difference in access and experiences has created hostility between what the Black experience truly is.

The Black experience is not a monolith. This experience is unique and versatile to every individual with their different preferences, interests and circumstances. There is no one nor correct answer to these questions and experiences.

Black students from around the world share what their Blackness means to them, setting aside all zip codes, state lines and international borders.

“I couldn’t imagine being anything other than being Black. There is something rich about having a history that is sacred and secret because the world really isn’t ready for that power. Being Black is both a joy and difficulty because you’re tested everyday by White people to prove why you deserve to exist and tested by other Black people whether you’re Black enough,” Zariah Whitman, from Bardstown, KY, said.

“Sometimes, I feel like being raised as African American I don’t connect as much with my grandparents that are immigrants. It’s like my Black and theirs is different. I wasn’t raised to know Swahili, but being Tanzanian is in my blood like being American. It’s like being at a crossroads,” Carleia Richmond, from Grand Rapids, MI, said.

“It’s beautiful that being Black is so diverse. We all look different, speak different languages, dress differently; but, sometimes it feels like we’re living the same lives. The memes on Twitter and Instagram make us feel unique but special, in the sense that we’re in a specific community that shares this. It’s like an unexplainable feeling but low key a connection,” Andre’a Johnson, from Cincinnati, OH, said.

Other students discuss the trials and tribulations of the expectations within the Black community.

“I come from a military family, so we moved around a lot in the past year. Germany is where we lived the longest before coming to Brooklyn [New York] and then Louisville. In Germany, there was nothing to prove because there weren’t really many communities of Black people that were coming at neck for not fulfilling stereotypes. Living in Brooklyn, I couldn’t walk into a bodega without being called an L7 [a square]. If it wasn’t that then it was my clothes, the way I talked, even my fade. It just never felt like I belonged,” Uwe Schroder, from Germany, said.

“It seemed like I was bullied by older Black people because I didn’t fall into the stereotypes. It was like I was stepping on their toes for being mean. There is just more to me than sports, shoes, being a ‘real man’. That’s not everything to me. It’s like people have this generalized version of a Black guy and anything outside of that is a sell out,” James Howard, from Memphis, TN, said.

Some share how being Black comes with a moral obligation to advocate and educate White counterparts about injustice.

“I get it. I’m Black and this human rights intrigues me, but it isn’t my job to fight for them simply because I’m Black. I protested in the streets because I believed the killings of George Floyd and Breonna Taylor were flat out wrong. Not because my White friends or ancestors expected me to,” Johnson said.

“As a Black person, it’s not my job to educate people about why my life matters. It’s common sense. There are too many resources and information online for White people to be spoon fed and hand held to recognize injustice,” Richmond said.

These common struggles and connections are all the more reason to celebrate and find unity among one another, not look for division or towards a single-minded approach.

“Black History Month is to showcase what being Black means in every realm. From art creators, major corporations and small businesses, it’s our time to shine. We aren’t limited to the month, but this is the time more than ever to show out,” Whitman said.

“This month is bigger than being American or being Black, it’s recognizing culture that was stolen and confiscated from us,” Schroder said.

“It’s about us. Our shenanigans and funny moments to realize just how talented, creative and great we truly are. A time to recognize greatness when the world continues to silence our voices,” Howard said.

These are the experiences that need to be shared, stored and framed for academic journals to be written about and future generations to understand. This generation is full of walking historical anomalies and survivors of daily unprecedented chaos. A chaos that led to thousands marching for the fallen due to police brutality, redefining the presidential era, a continued fight to feel worthy, to feel human and to be treated as if their lives mattered.

The corporations supporting Black business, diversifying their boards, spotlighting talented Black youth and collaborating with Black creators may be waving sayonara until February 2022, but, the Black people around the world won’t stop being true to themselves and advocating for their visions just because the month has concluded.

Black history cannot be encapsulated within a single month. That’s why the sharing of its history throughout the generations is imperative in order to keep the culture and heritage alive. Alive long enough to share that we are Black every month.