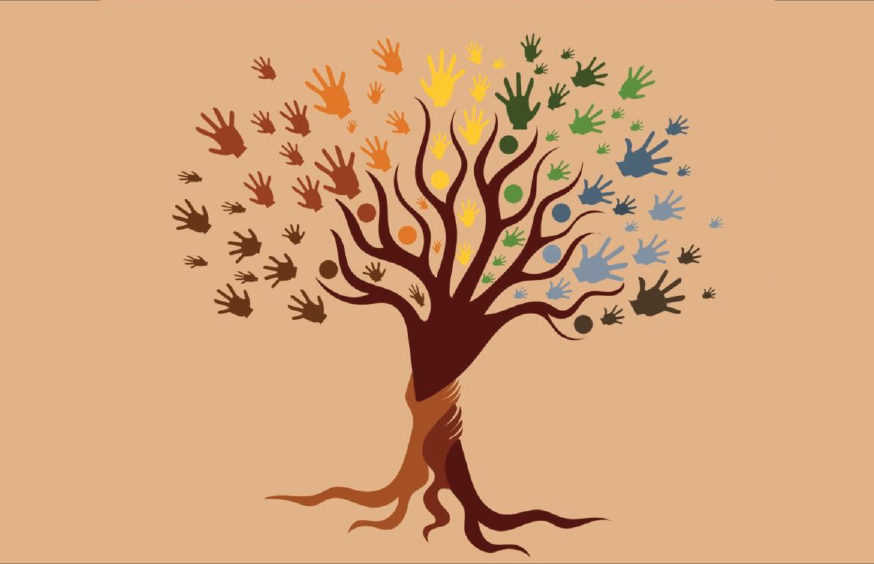 Students share how they celebrate their culture or manage not knowing historical background. Graphic by Jessica Carney-Perks.

Jerry Hill created Celebrate Your Name Week in 1997, serving as a dedication to the authenticity of the individual histories that connect people by blood or circumstance. Following this week is National Genealogy Day, which is celebrated on the second Saturday of March. Friends and family traditionally take this occasion to gather and share records, tales or even dances with one another in a public space. It’s a day of remembrance and to connect with ancestry, a connection and understanding that helps fuel present generations to embrace and appreciate their culture.

National Genealogy Day is formally celebrated at a national conference in varying cities across the United States; however, due to the pandemic, this year’s celebration has been modified. Instead, the National Genealogical Society will be hosting a virtual event on March 13.

Even though the celebration isn’t as popular or prominent as Easter or Valentines’ Day, it’s lauded in other countries and religious spaces for similar reasons. In 2013, Christ Church United Presbyterian and Methodist in Limerick, Ireland celebrated the church’s 200th anniversary by gathering local families to share familial records and connect with other churches and parishes. This helped spark interest in the celebration and led to its popularity across Ireland. National Genealogy Day now holds an essential date in Irish Parishes.

However, while this particular day may seem innovative and collaborative, it lacks inclusivity for people of color. People of color have been the victims of oppression, racism and discrimination in almost every era. Reoccurring systems of oppression such as slavery, indentured servitude, concentration camps and reservations have made this sacred connection to family history and legacy difficult to obtain for many.

People of color were groomed to lose ties to their original culture through assimilation and racial suppression tactics.

Native American boarding schools were designed to teach Native American youth Christianity, English, ‘proper’ dress and American customs. They were taught to reject the traditional practices of Native American culture, which was their culture, their identity and their ancestry. African slaves were often renamed, forced to take the last names of their masters and a White, American first name. In many cultures, names symbolize historical meaning, tribes or have religious context. The renaming of slaves created a severed line of families and lost countless generations of stories and knowledge.

Genealogy tracing or ancestral research is particularly difficult for Black Americans, as many slavery documents were burned and destroyed by masters or later generations. Without these documents, sites such as 23andMe and Ancestry.com struggle to provide resources and accurate data results for customers of color.  The destruction of such important documents and forced renaming caused legacies to get jumbled in the mix or lost entirely.

This disorganization has left generations of color without answers about their culture and ancestral legacies, making it difficult for some to even celebrate or fully appreciate National Genealogy Day.

Students of color in Louisville share how this loss of connection has impacted their experiences and approach to identity.

“I don’t know anything about my ancestors, to be honest. I identify with being Black. Black slaves, Black royalty, everything Black is familiar to me. Sometimes just knowing that and being part of a bigger whole is enough,” Karter Boseman, a sophomore from Central High School, said.

“I know that I’m mixed, so both Black and White. My mom’s family is Puerto Rican, but she’s paler. My dad is from Louisiana, so most of his family are Creole. That side of the family has more recipes and jewelry from ancestors than my mom’s family. They tried to tell their kids the recipes rather than write them down so I’m sure some of these recipes are missing information,” Adrianna Vasques, a freshman from Moore High School, said.

Other students of color do have connections to their culture and ancestry.

“My parents immigrated from Botswana in ‘93 so the dialects and dances were not forgotten. I think as a family, we had a harder time learning more American traditions and unwritten rules in big spaces. People get caught off guard by the slang or the accents but it’s just harder to lose it,” Emmanuel Marumo, a senior from Southern High School, said.

“My parents tell me stories about my grandparents and great-great-grandparents as free Black people. We mostly tell the stories before the new year, to celebrate that we made it another year and so did their stories. We just want them to be remembered as people who broke out of the system. We are related to people that brave,” Malaysia Peeples, a senior from Moore High School, said.

Understanding their origins has helped some students form their identity, while others embrace only what they know, even if it’s just a speck from monumental history.

“Being Black is an entire community. It doesn’t matter where you’re from or how you talk. You just Black. It’s a different element of humor, inside jokes, rules that no one says but everyone knows. It’s beautiful but it’s sad that much of its beauty was hated. It would be cool to know exactly where in Africa my people are from but it doesn’t change how proud I am of just being me,” Boseman said.

Peeples had similar takeaways about culture as Boseman but also highlighted how knowing more about personal legacy is irreplaceable.

“Black people are so diverse and different. That’s why I think it’s cool to learn about our ancestors because our paths to the present aren’t the same. Some families weren’t as lucky and couldn’t escape. If they did escape they could’ve been captured, killed or still experienced racism even when free,” Peeples said.

“Family isn’t just blood. It’s about love and being surrounded by love that makes that family complete. Genetic tests can’t prove that to be wrong,” Marumo said.

Lost files, missing pieces and unknown endings have left many people of color wondering about the stories of their ancestral past. The celebration of National Genealogy Day is a privilege to have full access to.

Regardless, a family can mean more than just blood or immediate relations. People are unified by ideas, morals, race, circumstance and community. Communities that we can call family, no matter what we may or may not know.