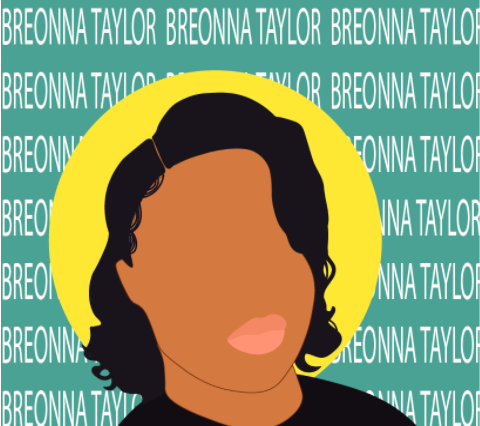 Today marks one year since Breonna Taylor was killed by police in her own home.

Today marks one year since the brutal and unlawful killing of Breonna Taylor. A year later and I still can’t fathom that such a great person was taken from this world way too soon with no justice served to her. But despite the sadness here we are a year later still fighting and doing what we can to keep her name alive. She deserves that much.

Despite Louisville failing to make sure she received the justice she deserved, they’re making sure they have everything in order for her remembrance. This week will be filled with sadness, anger and frustration as we continue to fight in honor of her.

As a Black woman in America, I’ve witnessed and heard so many similar situations, but to hear of it happening in the place where I live? It hits a little different. For some reason growing up and being naive to reality, the city gave me a little sense of safety in regards to situations like this; now I don’t feel the same. I now walk around with the fear that I’ll die at the hands of the people that are supposed to protect me.

The world seems to be comfortable letting Breonna be just a memory, but I can’t. This is the truth of the world we live in. It’s been almost a year and yet those officers who murdered Breonna Taylor walk around everyday breathing, laughing with their families and so much more, while she’s only a memory that we will cherish forever. It makes me angry that the system failed us with no regret. Then again, it’s no surprise. My heart aches for her family and friends and I wish them nothing but strength to make it through the days and to continue to fight and to know I’m right along with them.

As I stand along the side of justice, I hope you stand with me. And even if you can’t physically be in the streets protesting, there’s so much more you can do. You can use social media platforms to point out problems and demand change. You can speak up during discussions with family, friends or even people who you don’t know. Many people forget the smallest effort is way bigger than it seems; there is no blueprint on what you should do, whatever feels right to you is the best way to get your message across.

We’re at war with a system that has set us up for failure. But don’t let them win —  find your voice and speak the truth, make the comfortable uncomfortable, and stand on it.