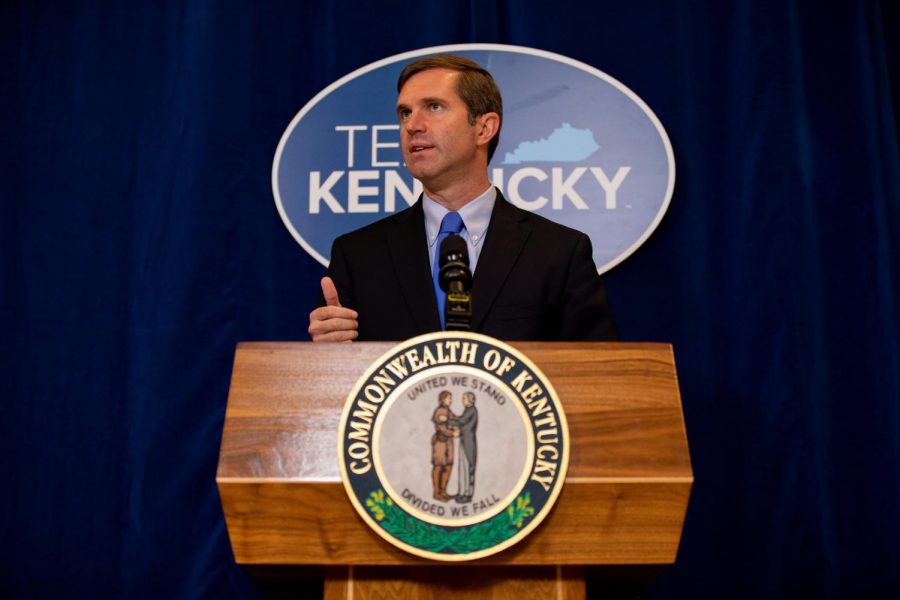 April 5th,  Kentucky Governor Andy Beshear signed into law a comprehensive election reform and expansion bill that received bipartisan support in both chambers of the Kentucky General Assembly. This is a move after many southern state legislatures, most notably Georgia, have tried and some have succeeded to derail voting rights, which predominantly affect black and brown voters, Kentucky has done the exact opposite, and that’s why voters should care about this massive change.

Since the November 6th elections, legislatures across the country, mainly Republican-controlled legislatures, have led a massive push to revert on election laws such as decreasing early voting days, ending Sunday voting, and even going so far as to ban handing out bottles of water while voters are in line. What does this say about the current state of the electoral process in this country? A rather clear answer would be that these changes are intended to discourage voters, limit their ability to vote and hinder their willingness to even try out the electoral process within the United States.

As said earlier, Kentucky has taken a different approach, a far better and more bipartisan approach that satisfies both sides of the aisle, and can make both parties feel good about themselves. Instead of limiting early voting (no-excuse), like seen in bills across the country, the Kentucky state legislature expanded early voting to three days without excuse, which is a huge step for Kentucky. Last November, with extended early voting days and in-person voting, along with mail-in voting expansion, Kentucky saw record turnout. There is an undisputed fact that early voting increases, merely on the fact that people have more time to go vote and would not have to either leave their jobs early or rush after work to meet the 6 p.m. deadline to get in line to vote.

Another provision included could also drastically increase turnout and the number of people engaged in the political process. The bill allows counties to create super centers for mass voting. The idea behind supercenters is getting more people out to vote in places where they’d ordinarily not be able to vote.

Lastly, the bill ensures election security by mandating paper ballots be used for elections in the future. Due to there being some skepticism with voting machines, Kentucky legislators and the Governor have taken the steps to  ensure that there is a paper trail to reduce the chance and the number of instances in which irregularities occur.  This step is one I think most states should take to ensure that there is security, safety and confidence in our elections. In the age of uncertainty, people should be able to feel secure while voting, having an extra trail clears the mindset for both the voter and candidates and give them the ability

The savage attacks of elections laws across the country shows there needs to be some sort of reform with election laws. We need to be making elections more open, freer and more accessible and allow more people to vote. What was done here in Kentucky shows this issue can be bipartisan and that there doesn’t have to be a partisan issue. We need to realize that there can be more freedom to voting while also ensuring security. States and even the Federal government needs to take a page from Kentucky, sit down—work together and pass legislation that does right for the people in this country and upholds the promise of free and fair elections in this country.