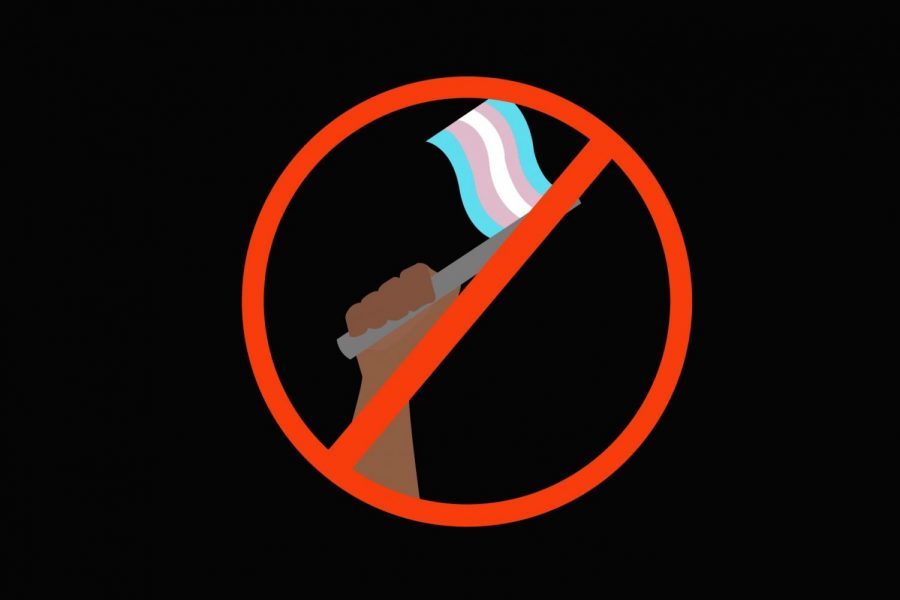 Legislation that is trying to be passed is blocking progress for transgender people in this country.

Arkansas has passed a law to ban minors from gender transition, and immediately forced minors already undergoing treatment to cease. Kentucky has a bill right now purporting to ban hormones and transition surgery for all minors. Florida has just banned trans kids from joining women’s sports teams. Transphobia is being written into law in many states, and it’s not slowing down.

Transgender people are not a threat or problem that needs to be legislated against. They are people who have always existed, as far back as the Roman Emperor Elagabalus, at least. Their proliferation now is a consequence of improved medicine, psychology and trans people feeling safe enough to actually pursue gender transition without being persecuted. As a consequence of that consequence, we’ve seen a recent rise in transphobia, and transphobic laws, throughout the United States, in an effort to keep trans people marginalized. Trans people are already marginalized enough: on average, 37.5% of trans teens have attempted suicide, compared to 14% of normal teens, often because they aren’t given the support they need.

Transphobia, on the other hand, is an evolution of other forms of bigoted thinking. It’s obsessed with forcing conformity to a gender binary. There is, for many people, a biological binary in the world, but for some reason, we still hold notions that certain things are excessively feminine or masculine, that those two qualities are definitive, that you are assigned certain characteristics and responsibilities at birth by merit of your appearance. We seem to have a problem with expectations based on physical appearance, don’t we?

Full disclosure, I am trans. Pre-surgery, pre-hormones, but still trans. Seeing this happen tears at my soul. Being trans is not a phase or a switch to be turned on and off. It’s a part of a human’s identity. I struggle at home because some people, while supportive of me, keep telling me that doing something about being trans is too risky, that I’m not mature enough, that I might change my mind. I won’t. It is core to me.

Nobody gets to choose what or who they like. I did not decide to be trans. I realized that I am. There is a difference. If we legislated that geologists couldn’t work with other scientists anymore because they liked rocks, it would be treated as absurd, yet the reality is that trans people are discriminated against because they would like to be themselves. If you want to buy a computer, the concern is the price. If you want to buy hormones, suddenly we’re told there’s a massive risk of regret and we can’t be sure. If I told someone they couldn’t be sure they were straight, it’d be nuts. For trans people, it’s common.

I did not choose to be trans any more than I chose to be born or to love science, or fiction, or writing, or journalism. The issue comes down to this. The United States is allowing laws to pass that block trans people from being themselves because they are afraid. Unfounded fears that trans people are conspiring to cheat in sports and sexually harass people dominate one side of the aisle. They fear some hidden agenda that all trans people are working towards. Trans people do not have an ‘agenda’, beyond a right to exist.

The consequences of these actions are plain to see. Transgender people are already handled poorly in the United States. When access to essential medical treatment and help is denied, it will only make the situation worse. When kids aren’t allowed to play on sports teams with their friends because they wanted to change to be closer to themselves, it’s only going to increase ostracization. Suicide rates among trans people are likely to spike. Our system is failing the trans community like it has failed so many others, and all because we make conservatives uncomfortable with our mere existence.