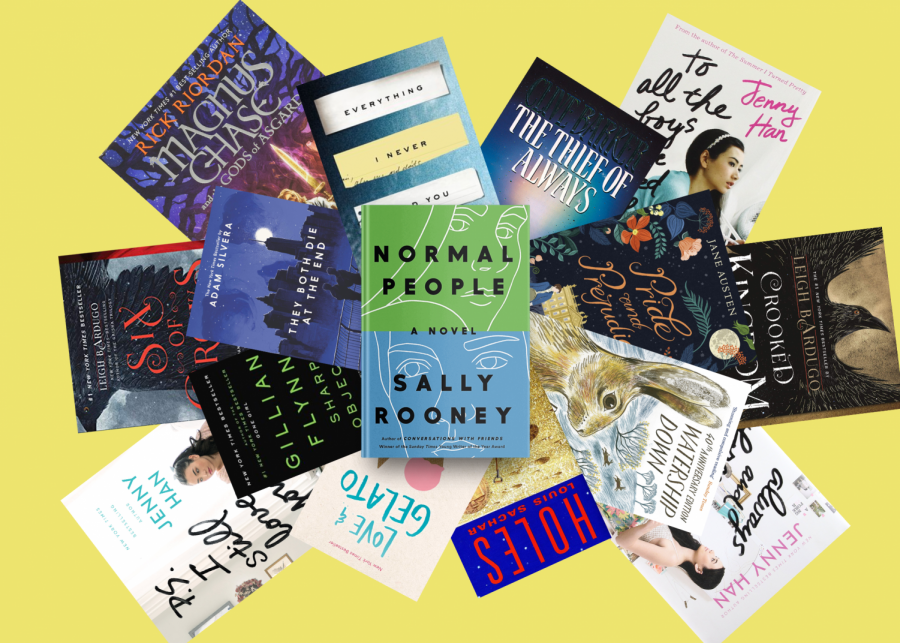 As summer approaches and lockdowns ease, many are ready to go outside and enjoy the summer heat. But some of us just want to stay inside and curl up with a good book.

This story was made with contributions from Lucinda Ayres, a member of the Noe Journalism Club.

Summer is just around the corner and school is almost out. As the lockdowns are easing, many people are ready to go out and adventure into the world. But some of us still just want to lay around all day and read about the adventures we aren’t having. From murder mysteries to talking animals in the country, these are the best books for teens at the beach, home or just out and about this summer.
Most likely to make you want to move to Ireland despite it being rainy and cold:
Normal People by Sally Rooney (4 stars) 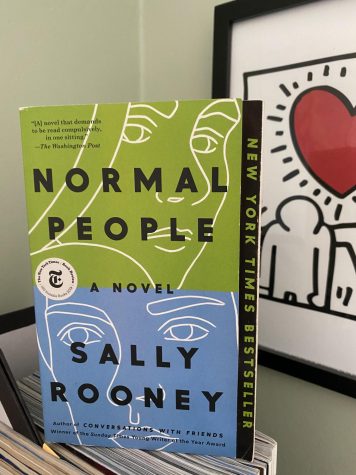 This engrossing page-turner is about two teenagers in Ireland, Connell and Marianne. They navigate their lives through high school, college, romance and heartbreak (sometimes with other people and sometimes with each other) and slowly find out that love is both messy and intoxicating. Named one of The New York Times’ best books of 2018, Normal People captures human relationships at their rawest: messy, brutal, and beautiful. It is truly a book you will finish in one sitting and wonder about for days after. It was also adapted into a Hulu series and was nominated for several Emmys.
Most likely to startle you:
Everything I Never Told You by Celeste Ng (5 stars) 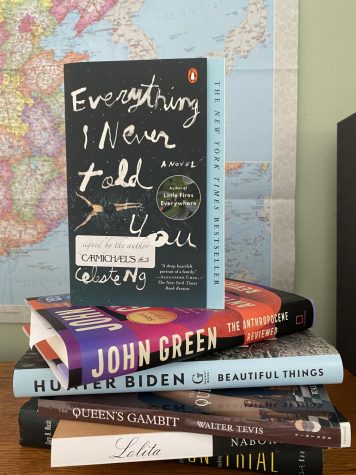 “Lydia is dead. But they don’t know this yet.” Everything I Never Told You by the author of “Little Fires Everywhere,” Celeste Ng, appears to be a murder-horror-mystery novel at first glance. However, it slowly morphs into a deeply intense family drama inspecting all of Lydia’s family members’ lives and what led to the event that caused their worlds to unravel. This book often feels like assembling a puzzle, and after a certain point all the pieces start falling in place. It isn’t likely you’ll take more than a day to reach the end.
Most likely to make you fear meat manufacturing plants (and turn you vegan):
Sharp Objects by Gillian Flynn (3.5-4 stars) 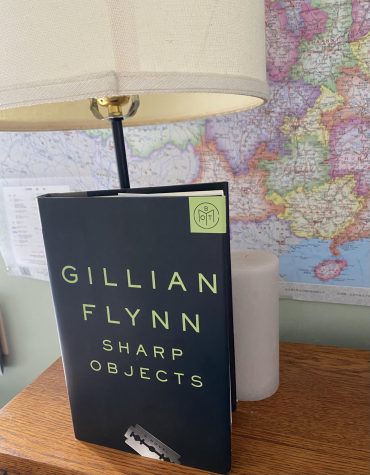 On the boot of Missouri lies the small town of Wind Gap, the birthplace of recovering alcoholic journalist Camille Preaker. It’s here where she returns after the murder of two teenagers. As Camille investigates the murder, she also falls back into her old habits of unhealthy drinking. As the story evolves, we learn about the more sinister side of Wind Gap under the charming small town facade. Sharp Objects is unnerving and filled with unsettling details, yet it makes for a titillating read. At some points the book is so disturbing that you have to put it down, but you’ll always pick it back up. It has also been made into a show on HBO.
Most likely to make you cry from how unfair life is:
They Both Die at the End by Adam Silvera (4 stars) 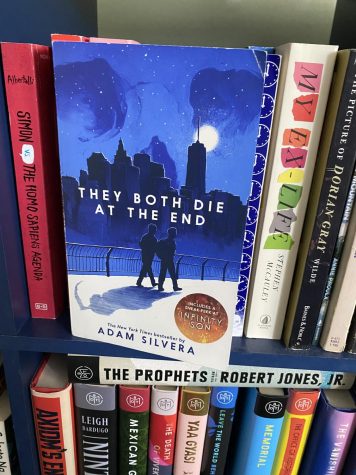 “I’m calling from Death-Cast. I regret to inform you that sometime in the next twenty-four hours you’ll be meeting an untimely death. On behalf of everyone here at Death-Cast, we are so sorry to lose you.” Two strangers, Mateo Torrez and Rufus Emeterio, both separately get this call on September 5 and are given one task for the day: to live. By chance, they meet and go on the adventure of a lifetime in only a matter of hours.
Most likely to keep you up till 2 a.m.:
Love & Gelato by Jenna Evans Welch (5 stars) 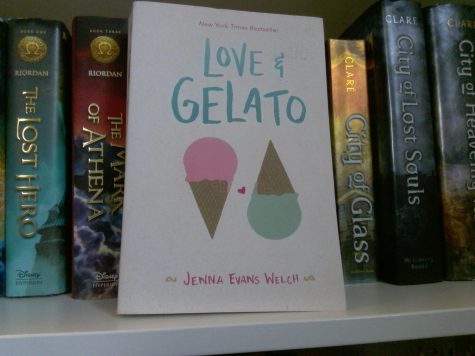 This wild rollercoaster of a book will have you wondering who you can trust. You follow Lina, a 16-year-old girl, who ends up in Italy following a wish her mother made on her death bed. Suddenly, Lina’s involved in the deep mystery of her mother’s past, new romances, and gelato at 12 a.m. Turns out people come to Italy for more than love and gelato.
Most likely to make you say OH, HECK NAW:
Watership Down By Richard Adams (3.5 stars) 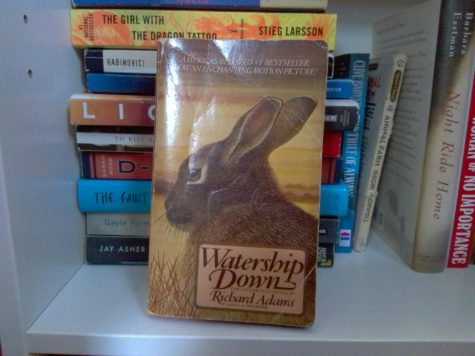 If you like talking animals who are involved in many near-death situations, doomed cities and fight against all odds, this book is for you. The story follows multiple rabbits, who live in a dystopian-type burrow and are at the bottom of the social ladder. They have to fight for their lives, home and family. The last 100 pages will have you at a gulp, heart thumping faster than the rabbits can run from their fate.
Most likely to make you want to go to a detention camp:
Holes by Louis Sachar (4 stars) 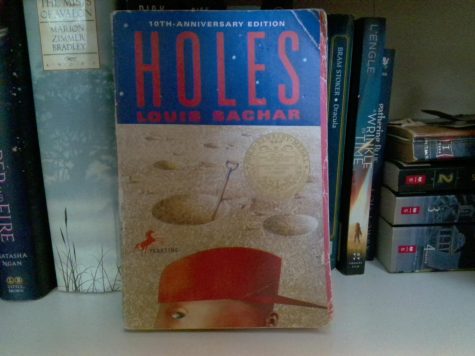 Our main character Stanley is apparently under a curse, yet nobody believes him. So what do they do? Throw him in a detention camp, where they dig holes in the hot desert sun. When Stanley gets tired of it, he runs away, only to find he is not made for the wild. Join Stanley on this feel-good, coming-of-age adventure and find the dark truth about this detention camp.
Most likely to make you hide under the covers:
The Thief of Always by Clive Barker (4.5 stars) 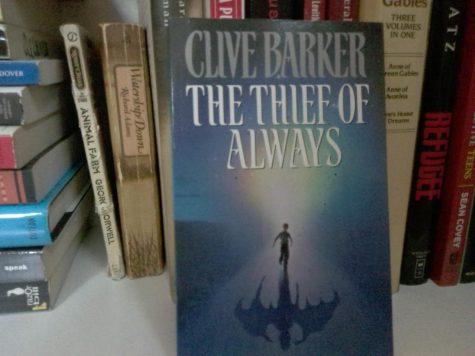 Somehow, young Harvey Swick finds his way into Mr. Hoods’ holiday house where everything is sunny, flowery and perfect. He loses track of time playing in the warm sun in this utopian palace. But one day, when he goes looking for his toy boat, he finds that this utopia is more like a horror film. Follow Harvey as he realizes just what Mr. Hoods’ holiday house is, and what it’s doing to him.
Most likely to make you want to move away to the countryside:
Pride & Prejudice by Jane Austen (4 stars) 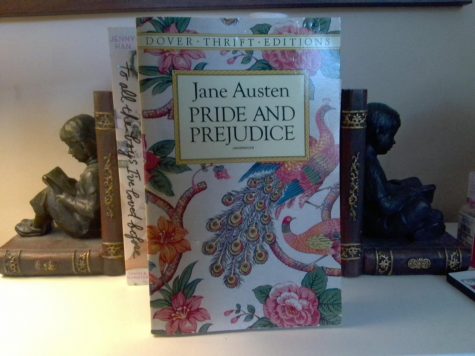 This well known classic is the original enemies-to-lovers book. Eliza Bennet and Fitzwilliam Darcy hate each other. Eliza despises how entitled Darcy acts, and Darcy despises how Eliza acts like nobody’s watching. Follow along as these two have to humble their pride and dissolve their prejudices. They discover they are in fact very different– but they do say opposites attract. Watch this book come to life in the 2005 film, which you can watch on multiple streaming platforms.
Most likely to have your heart racing till the very end:
Six of Crows Series by Leigh Bardugo (4.5 stars) 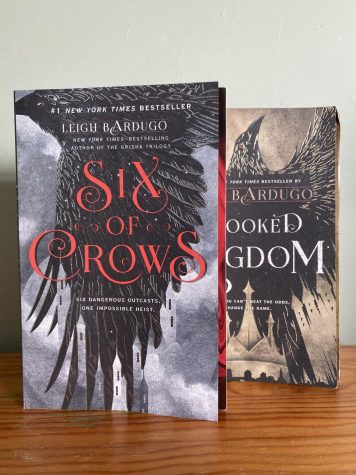 Ketterdam, a hub of international trade, is also notorious for its organized crime. Kaz Brekker, the mysterious leader of the Crows, is offered the opportunity of a lifetime: to storm the Ice Court and make himself rich beyond his imagination. But he can’t do the heist alone; he needs a crew of the best thieves in all of Ketterdam. Can they pull it off?

Most likely to make you want to binge the Netflix movies:
To All The Boys I’ve Loved Before by Jenny Han (4 stars) 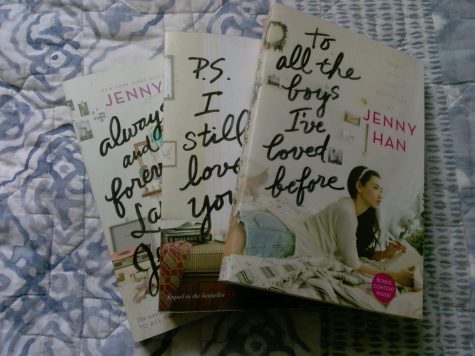 If you’ve ever heard of the popular Netflix movie trilogy, it’s based on these books. Lara Jean keeps love letters to her past and present crushes in a box tucked away in her closet. These letters are her heart and soul poured out on paper, but she would never dare say the words out loud. One fateful day, an evil 12-year-old decides to mail these letters to everybody, and Lara Jean’s love life goes from fake boyfriends to real boyfriends to love triangles.
Most likely to turn you into a mythology nerd:
Magnus Chase and the Gods Of Asgard by Rick Riordan (5 stars). 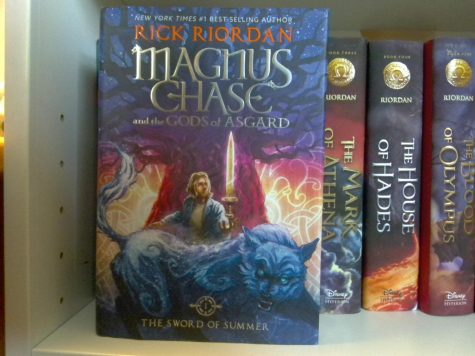 Magnus has been living on the street since his mom died, relying on his fellow homeless friends, Blitz and Hearth. After fighting a fire giant and dying, he wakes up in Valhalla, a Norse legend of a home for warriors who died fighting. Before he knows it, he’s roped into fulfilling a prophecy, fighting all the ancient Norse monsters he thought were myths. And we can’t forget, he finds the truth about his ancestry and befriends a talking sword, who has a more active social life than him. 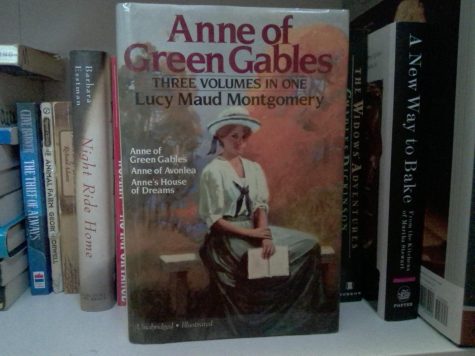 Anne is an orphan who has had a hard life when it comes to family, but she doesn’t let that affect her warm and bubbly personality! The first book follows Anne from ages 12-19 and depicts her journey to find family, education and to have as much fun as possible. Once you finish this series, make sure to watch the Netflix TV series Anne with an E.