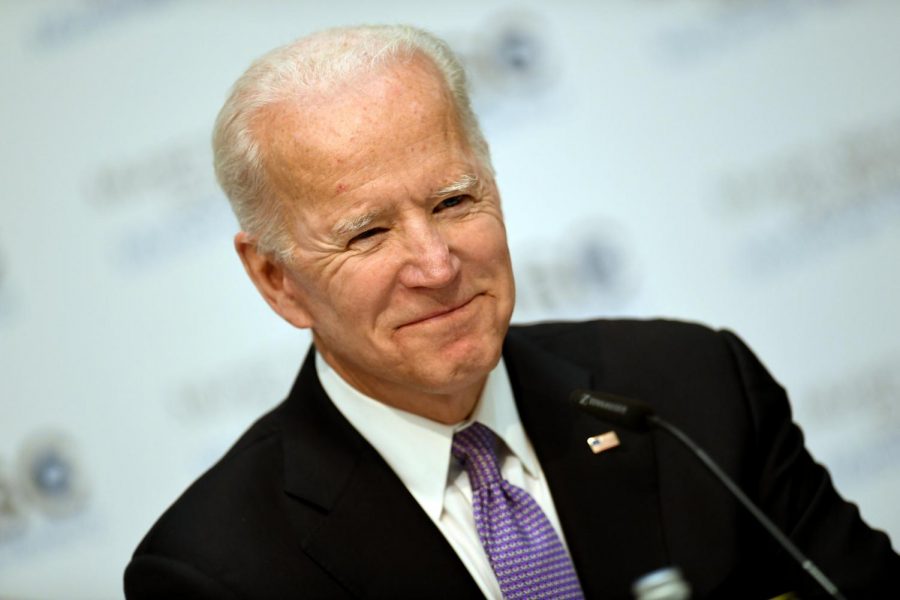 Joe Biden addressing an audience during his 2020 presidential campaign.

Just three weeks ago week, President Joe Biden released a guide to his vision for one of the boldest infrastructure guidelines in history. At a starting price of 2.25 trillion dollars, this piece of legislation would be one of the most significant pieces of infrastructure legislation since President Eisenhower built the highways and created mass amounts of jobs. The outline includes funding for building and repairing roads, bridges, highways, transit systems, and airports. Expanding access to clean drinking water, strengthening America’s electric grid, and delivering broadband internet access to all American’s. Also included are upgrades and revitalization of the government’s public housing. There is one more important piece to this legislation and that is expanding infrastructure for workers across the country. President Biden plans to invest in home care infrastructure, revitalizing the manufacturing industry and making sure workers are able to join a union. These are just the basics and there is so much more to do. At this vital time, President Biden must not back down and must deliver to this country a big, bold infrastructure package which addresses the needs for the average person in this country. President Biden must not back down to the Republicans who released a watered down 568 billion dollar proposal which is only about 25% of what President Biden and the Democrats are calling for in an infrastructure proposal.

President Biden needs to come out strong for raising taxes on the rich and powerful to fund this piece of legislation. Republicans have already drawn the red line of not wanting to raise tax rates from their historic tax giveaway to the 1% and massive corporations. The Tax Cuts and Jobs Act, pioneered by President Donald Trump cut the corporate tax rate from 35% to 21%, which lead to a continued transfer of wealth from the middle and working class to the rich and powerful.

One proposal I have not been able to get my head around, is the idea that we would raise user fees on public roads, bridges, and highways. The everyday Americans who use these roads and bridges on their everyday commute. Republicans want to raise these fees, which in effect, raises taxes on poor and working class people. Joe Biden should not consider this elaborate attempt to raise money for the proposed infrastructure package. Instead, as he has outlined, we need to raise the corporate tax rate, raise taxes on the very richest Americans, and boost enforcement of tax laws within the IRS, so millionaires and billionaires are not hiding away their money in the Cayman Islands, and other countries where they can offshore their money.

There have been extensive talks with the Senate Republicans and the Biden administration. Key issues remain for both sides, especially on how the plan will be paid for, as I said earlier, Republicans favor a more modest, and potentially more regressive way of paying for the plan by raising user fees and using left over COVID stimulus money. Democrats on the other hand favor a corporate tax rate increase on the wealthiest of corporations and tightened IRS money collecting and auditing.

Pres. Biden meets with Republicans in the Oval Office to “see if we can work out something on a compromise on infrastructure.”

“I know they’re sincere about it and so am I.” https://t.co/tyxZvu5Tg7 pic.twitter.com/Kop6OUKZPf

Joe Biden has already made a concession with the price tag, which is in some circles unwelcoming because there is an urgent need and we should be going big, and not wither to watered down Republican proposals. I do not dismiss the call for bipartisanship, but that boat can only float for so long/ Democrats need to be prepared if bipartisan talks wither to pursue another budget reconciliation package to deliver an infrastructure that repairs our roads ad]nd bridges and also deals heavily with climate change.

Mission number one is to convince Republicans to not water down the proposal, and have good faith discussions with their Democrat counterparts and deliver for the American people. Mitch McConnell should actually try working and getting things done instead of trying to block proposals with, or that could have bipartisan support. If all of that fails, pressure your elected officials in both the Senate and House of Representatives to go forward without the other side.