Have teachers lessened their workload? 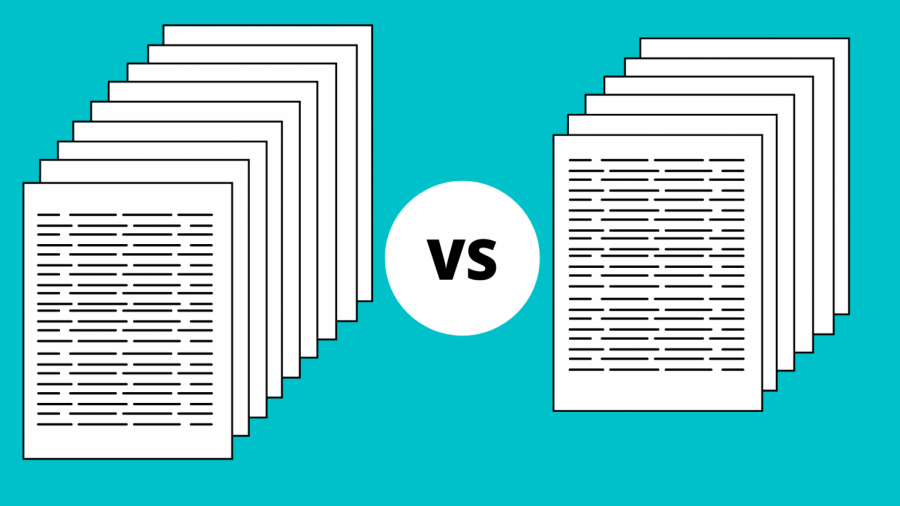 At the beginning of the year, students complained that it felt as though teachers were assigning more work than they normally would during in-person school. The issue was brought up to the school board, and it was declared that teachers should not and would not assign more than normal. But did the work amount actually lessen?

Amy Nagra (10, HSU) believes that the hope that students would be able to go back in-person at any time was the issue. “I believe my teachers put their focus into creating the work as though we were in a classroom because it was sort of pushed on them that they’d be going back at any moment,” Nagra said. “But it was absolutely not appropriate for the year we have had. Though many teachers were able to keep a balance, unfortunately my schedule held a majority of teachers who have overworked us.” She also believes that because her workload increased, “whether it was a break from school or long weekend, there was always homework to be done. This became more evident in the schedule change after winter break. Homework kept increasing as our time for it decreased.”

Rachael Kennedy (10, MST) said that there was a noticeable increase in the number of assignments after the beginning of the second semester. “The workload was at a completely maintainable amount for the fall semester. However after January 15th, of second semester, teachers began assigning way too much considering the amount of time spent in meetings rather than in work periods. [My workload] increased. There was definitely a turning point after the winter break where teachers started to care less and less about students’ workload in favor of getting through content.”

Some students believed that the amount of work assigned was consistent with the amount of instruction they received. Such was the case for Aiden Clark (11, MST). “I can’t speak for all the classes, but I know that in the ones I have I feel that the workload really matches with NTI. We can’t get all the instruction in class, so we have to do it outside of class. My workload has decreased, as teachers have been lenient with what they assign,” Clark said.

The same can be said for Tia Jones (12, VA). “My teachers adjusted the due dates and workload for being virtual most of the year and have been very gracious with late work seeing as it was a struggle for all parties. Especially doing art online, the teachers found a way to give out art supplies and do more suitable projects for an online environment,” Jones said. “I think most teachers have handled this non-traditional schooling and different kids’ mental states very well in regards to workload.”

For some students, however, the amount of work assigned has stayed the same throughout the year. “This might be because I’m a senior and I’m taking fewer classes, but I haven’t been overwhelmed with work from any of my teachers. Each class has pretty much established a routine,” Meredith Thomas (12, YPAS) said.

Throughout the year, many students claimed that they felt overwhelmed with the amount of assignments they were receiving. And now, with the school year almost over, many students still feel overworked. Some teachers did comply and started assigning less work for students, but many didn’t; and some students report that they were assigned more work than normal during the year.