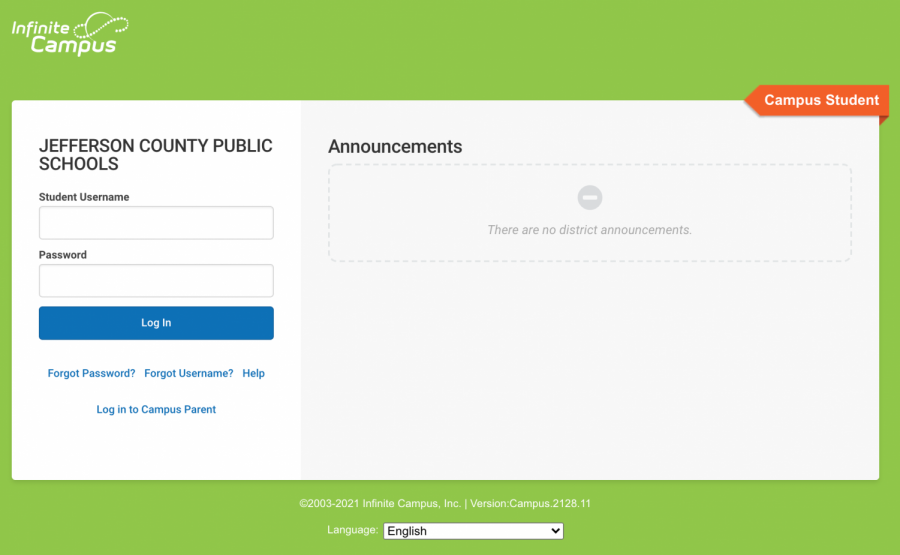 JCPS students and parents can log into Infinite Campus in order to access class schedules, grades and transcripts.

Jefferson County Public Schools (JCPS) announced a change to the grading system just prior to the start of the 2021-22 school year. The recent changes have caused frustration among many in the JCPS community, who claim the new system will put greater stress and pressure on the backs of students.

The new grading system only has two categories; progression and mastery. Mastery can now account for up to 90 percent of a student’s final grade, which leaves just 10 percent for works under progression. This means that there will likely be less room for “buffer” assignments and that now more than ever, tests will hold great sway over a student’s final letter grade.

This renovation affects both students and teachers, as everyone will have to figure out how to adjust.

“I think over time it will be ok. Standards Based teaching/grading does have a lot of data to support its success in the classroom,” Mattingly wrote.

Many students expressed how they felt this new system is unfair and unevenly distributes the workload on students, while others deem it an acceptable but not ideal situation. One primary concern of students’ is how one bad test grade could now completely wreck chances of obtaining an optimal letter grade. Whereas, in the past, one bad test grade could be more easily counteracted and bounced back from with the addition of other assignments and being less heavily weighted in the mastery category.