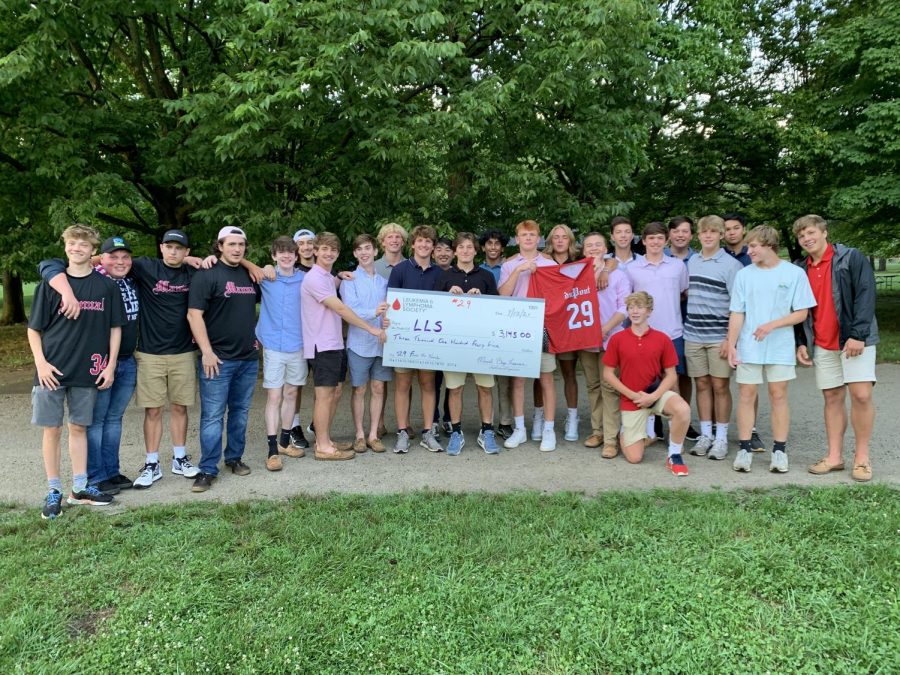 The Manual Boys Lacrosse Team is live this week with our FUND THE NUMBER campaign in honor of Tate Miller.
To learn more and donate, please visit:https://t.co/HKOOn17pq4 pic.twitter.com/xuEXxexFPH

Tate Miller is now a junior this year at Manual and was named the 2021 Boy of the Year by the Leukemia and Lymphoma Society (LLS).

Tate wears number 29 so the team asked the community to donate $29 to support Tate and the LLS. The team’s original goal was to raise $2900 and they recently exceeded that goal and raised $3,145.

The lacrosse team recently signed and donated the $3,145 check to the Leukemia and Lymphoma Society.

“People stepped up big time! We are very thankful and proud of our Manual community,” Adam Lapinski (12, MST) said.

This year, Tate returned to school and looks forward to returning to the lacrosse field.

“Tate is a warrior. Our team supports him one hundred percent and we are looking forward to seeing him back on the field in 2022,” Max Moore (12, HSU) said.

Before the Fund the Number fundraiser, the team raised $500 to Norton’s NICU which was led by Adam Lapinski. Additionally, the team usually has one or two fundraisers within a year.

“I’m proud of these boys. They have all banded together as brothers around Tate and they are having a very positive impact on our community,” Coach Moore said.