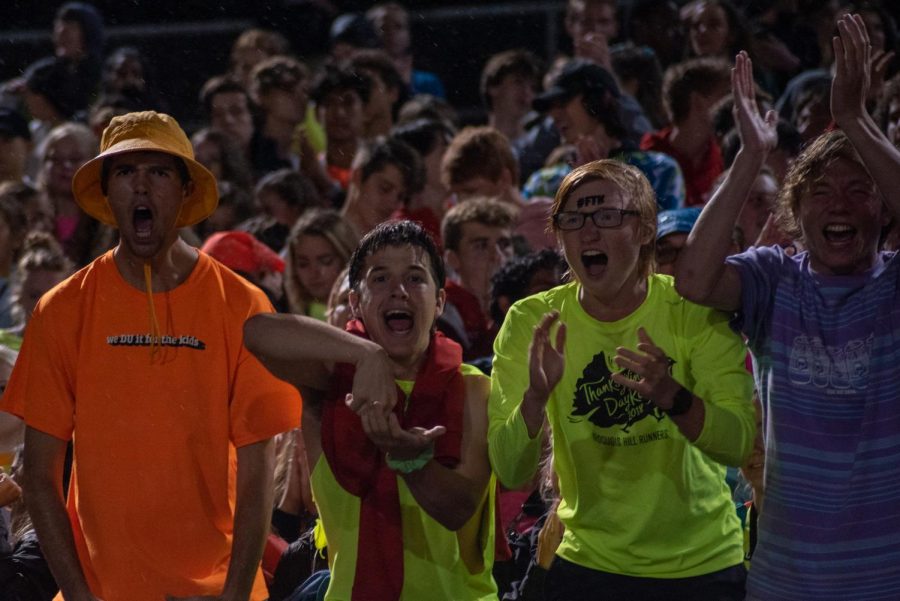 Last night, Manual football defeated North Hardin with a final score of 35-7.
First half:
Despite starting running back, JaWuan Northington (#22, 12) not playing this game, the Crimsons (2-0) looked to maintain their winning streak on Friday after two successful games the past couple of weeks.

Later in this quarter, the second touchdown for the Rams was a 1-yard rush brought by Tavon Johnson (#21, 12). A score of 14-0 was maintained the rest of the quarter after Spurlock kicked an extra point.

Halfway through the second quarter, Manual’s Reardon intercepted the ball, which was fumbled and recovered by North Hardin.

The first half ended with a Manual lead of 21-7 after Shaun Boykins (#9, 10) received an 18-yard pass and scored a touchdown for North Hardin. This was followed by an extra point from the Trojans’ Cayden Logsdon (#17, 12).

The first half ends with a score of 21-7. Manual is in the lead. pic.twitter.com/j5vBej7UvY

Second half:
Throughout the third quarter, the score remained the same for North Hardin.

Wilson scored a 17-yard rush touchdown for Manual in the fourth quarter. A PAT kick from Howard Gant (#6, 11) brought the score up to 26-7.

Later on, Lowe kicked an extra point after Deovante Curtis (#28, 12) scored the final touchdown for Manual which resulted from a 60-yard interception.

The Crimsons will travel to play at Valley next Friday with kickoff at 7.