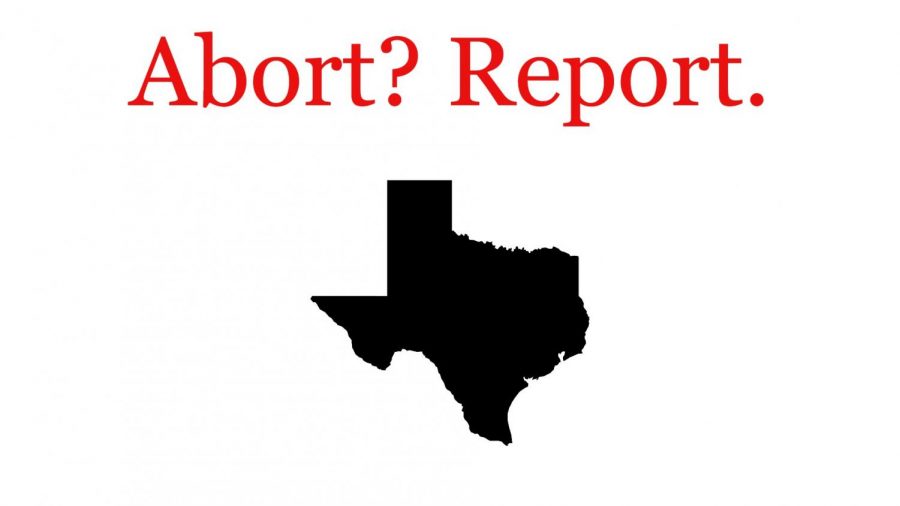 Texas' Senate Bill 8 permits and financially encourages reporting anyone who gets an abortion after the detection of cardiac activity. Here's why that's a problem.

Texas’ Senate Bill 8 recently passed into law, permitting private citizens to file civil action against any person who performs or aids/abets anyone in receiving abortion after “cardiac activity or the steady and repetitive rhythmic contraction of the fetal heart within the gestational sac” is detected. In addition, anyone who successfully proves another’s involvement with an abortion will be awarded no less than $10,000 as well as have their legal fees reimbursed.

The new Texas law has a few different parts, with some outlines determining charge and details concerning the lawsuit aspect.

Physicians are prohibited from performing abortions on patients if a “fetal heartbeat” is detected, which is defined as any steady or rhythmic contraction in the fetus, including any electrical activity produced from cells within the fetus, which starts at around six weeks of pregnancy before a heart is developed. Typically, a person finds out they’re pregnant at around four to seven weeks of pregnancy, which would put that individual past the allotted time period of when they could have an abortion.

Texas’ bill also states that physicians, “must use a test that is: consistent with the physician’s good faith and reasonable understanding of standard medical practice; and appropriate for the estimated gestational age of the unborn child and the condition of the pregnant woman and her pregnancy,” preventing them from using unreliable methods of detection in a way to get around the bill.

The exact parameters for “medical emergencies” are never defined in the bill, instead leaving it up to individual doctors to determine what medical conditions are deemed emergencies. Medical emergencies can look like anything from an ectopic pregnancy, or a condition where the fertilized egg develops outside of the uterus, to a cancer patient who would be forced to stop radiation treatment. Doctors are trusted to use their best judgment during evaluation and can face a lawsuit over patient disagreements.

One misunderstood portion of this law is that it’s only those assisting in the abortion process who can be sued, not the actual person receiving the abortion. The law states that in order to be sued, the person either knew they were assisting or “should have known.”  The definition of assisting someone with abortion has been expanded to even include Uber or Lyft drivers taking pregnant individuals to their appointments or procedures.

This has caused both Lyft and Uber to release statements citing that funds are in place to pay for any of their drivers’ lawsuits, in order to prevent any of their drivers from fearing to give rides to those on their way to a doctor’s office or abortion clinic.

This law not only affects Texans, but also anyone who helps a Texan get an abortion. This part is still up in the air and there’s much debate over whether Texas has the jurisdiction of someone from out of state.

This law also makes it difficult to procure lawyers to assist those being sued, as it states that even lawyers can be held accountable for the legal fees of plaintiffs if the defendant loses any part of the case (even if they win overall). This makes lawyers weary of defending those being sued, thus giving the plaintiff an advantage.

There are two groups ineligible for suing those abetting abortions: government entities/employees and rapists. Not allowing government employees or entities to sue gives citizens authority and prevents the law from being associated with government members of the state. It also makes it more difficult to put the constitutionality of the bill up for judgment.

Rapists also cannot sue, preventing them from making money off their victim’s abortion and further adding to any trauma. However, less than one percent of rapes actually lead to federal convictions, making it virtually impossible to prevent rapists from cashing out on their crimes. To give an example, the New York Times cites that if a rapist assaults a child and that child ends up pregnant, if the mom assists that child in getting an abortion, as long as not convicted in court as a rapist, the rapist can sue the mother for abetting that child’s abortion.

Now, to the constitutionality of this law.

This is not Texas’ first effort to ban abortion. Past efforts to criminalize abortion have often been struck down in court via lawsuits or been blocked by federal courts. Texas’ new law is attempting to circumvent these challenges by arguing that the new law is not to actually be enforced by any government agency, but rather by private citizens. This obviously challenges the principles set in Roe v. Wade, but the Supreme Court has not ruled decisively on the subject, permitting the law to  go forward without expressly declaring it constitutional or unconstitutional and citing a novel and complex situation.

This decision, however, is expressly unconstitutional, and not just because of Roe v Wade. For one, the bill’s section 2 opens:  “SECTION 2.  The legislature finds that the State of Texas never repealed, either expressly or by implication, the state statutes enacted before the ruling in Roe v. Wade, 410 U.S. 113 (1973), that prohibit and criminalize abortion unless the mother’s life is in danger.”

Section 2 is alarming because it seems to imply, without direct statement, that Texas’ laws against abortion before Roe v. Wade are relevant. The phrasing even mirrors that of the specific Texas statute that led to Roe v. Wade in the first place. State governments cannot overrule decisions made by the federal government, let alone the Supreme Court.

That’s all without addressing the point that this whole thing in itself is in violation of Roe v. Wade. It criminalizes abortion in the first trimester, which is forbidden under Roe v. Wade. A normal pregnancy lasts about 40 weeks, giving you roughly 13 weeks per trimester.  State regulation of abortion is prohibited until the second trimester and banning abortion is prohibited until the third trimester. Six weeks is definitely a bit less time than 13.

Despite the fact that the law is violating Roe v. Wade, it’s still set to be enforced. The Supreme Court declined to make a decisive ruling on the matter. However, there’s plenty of chance the law will be challenged in federal court and by lawsuits, possibly making its way back to the Supreme Court for an actual decision on its constitutionality.

This law clearly violates Supreme Court decisions of the past and it could set a dangerous example if allowed to continue to flourish. If states are allowed to make laws that violate pre existing rules and expect the court to hold off making a decision, it might embolden other states to start avoiding federal rules. What if a state decides that the federal tax code doesn’t apply to them or that they don’t like the second amendment? Will they be allowed to enforce those laws in different aspects? Regardless of whether you believe that abortion is right, allowing individual states to ignore federal law is very dangerous and letting it become acceptable could destabilize the laws of our entire nation.