OPINION: Universities should be test-optional after the pandemic 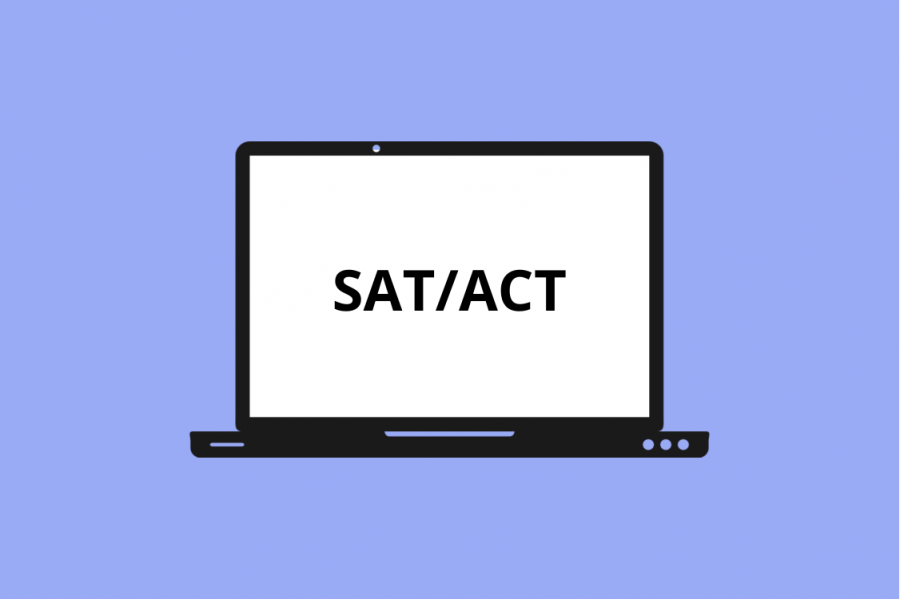 The SAT/ACT are test-optional for a majority of colleges in the states. Design by Ofelia Mattingly.

In past years, many colleges and universities required students to take the SAT and/or ACT. According to Shore Light, the SAT and ACT both have many differences like length, format, types of questions, etc. Either of the standardized tests were required for college admissions, but in light of the pandemic, colleges and universities have decided to make the ACT and SAT test-optional for students for the past couple of application admissions.

Many students are stressed with taking these standardized tests because the colleges and universities they may be applying to may be very competitive to get into and having a good score on the test would allow them to get in.

Even though colleges and universities use the scores to see if the student may be a strong student to represent the school, many schools don’t put much emphasis on it, but on the essays they write from the common or coalition application and the possible supplemental questions.

There have been many articles about why the ACT/SAT should not be a required part of college admissions with the main argument being that these tests do not show very much about the student at all. It may show that they are good at memorizing the content of each subject, able to intelligently narrow down their choices, or are simply a good test-taker.

“… standardized tests aren’t an accurate representation of their intelligence,” Anna Emberson (VA,12) said. “I also feel that especially for students going into a creative field, their portfolio and overall skill should be more important than a test score.”

There are also other factors involved with taking the SAT/ACT that only target the best, more well-off students. Some factors include race/ethnicity, socioeconomic status, etc. according to the Washington Post.

“I think test scores should not be a deciding factor for college admissions. Some people are bad test takers and you can increase your scores by taking classes and getting tutors, which is only available for people who can afford it, Evie Reed (J&C, 12) said. “For those who can’t afford it, they don’t have the same accesses and I don’t think it is fair to judge someone on one test score.”

“I completely support test-optional in the sense that so many people weren’t able to test due to the pandemic, people didn’t have access to resources to be able to test better, there just wasn’t enough time, etc,” Gia Mediratta (MST, 12) said.

Emberson believes that the ACT and SAT evaluates skills necessary for students to know for future careers like analyzing graph trends, reading comprehension and grammar skills, and that will set students up to be successful.

Now that more universities in the U.S. are becoming test-optional, as of 2020, many colleges have decided to make their admissions test-optional with Ivy League universities following suit. Some colleges are not going to require standardized testing as part of their application process either temporarily for the remaining school year or permanently.

For the colleges who are temporarily test-optional, it will not be fair for their prospective students to have to take the ACT or SAT, and have that considered with the admissions process if previous students did not have to.

Taking the SAT and ACT proves to be useless and an unnecessary money-spender especially when students do not plan to attend college in the future.