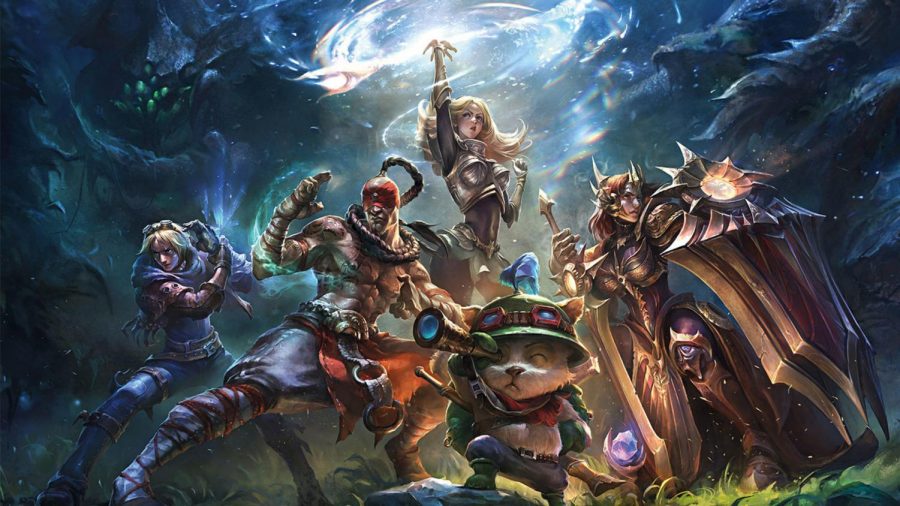 The team’s first preseason game was scheduled for Tuesday but ended in a forfeit from the other team. However, the games didn’t completely end there. Afterward, both teams continued to play against each other in a couple of no-pressure Flex games.

The team played their first full games against Danville High School on Wednesday, winning both games.

Their first official game of the season will be held on the 4th of October. Competitors have not yet been decided. Before then, they do plan on trying to stream some of their preseason games on their Twitch, but that all depends on students’ technology capabilities as the team continues to play from home.

The state team reigned victory against Lafayette High School in the Kentucky High School Athletic Association (KHSAA) State Championship last year in the Winter. Now, with an almost entirely new team, it’s hard to predict how well the team will do this year.

Being the only remaining member from last year’s state team, Andy Tran (11, MST) leads this year’s team as a top player. The rest of the state team includes Joseph Peoples (9, MST) as jungler, Clay Clevenger (12, HSU) as midlaner, Kyndall Diallo (11, MST) as support, and Lex Bryant (12, MST) as ADC/bot laner. An alumni from Manual’s state team last year, Will Leung also continues to help out on the team by providing feedback to the new members.

“Even though we don’t all know each other well, we make a pretty good team so far,” Diallo says when talking about the team’s wins against Danville.

So far, they’ve been working on attending as many scrimmages and additional games as they can, along with the two League of Legends regional teams, so everyone can improve how they play as a team and not just individually.

Last year, the Esports team considered removing the League of Legends regional team due to a lack of availability of members but this year with the growth of the entire Esports team, they were able to bring on an additional regional team so more people can have the chance to show off their talents and have fun as a team.